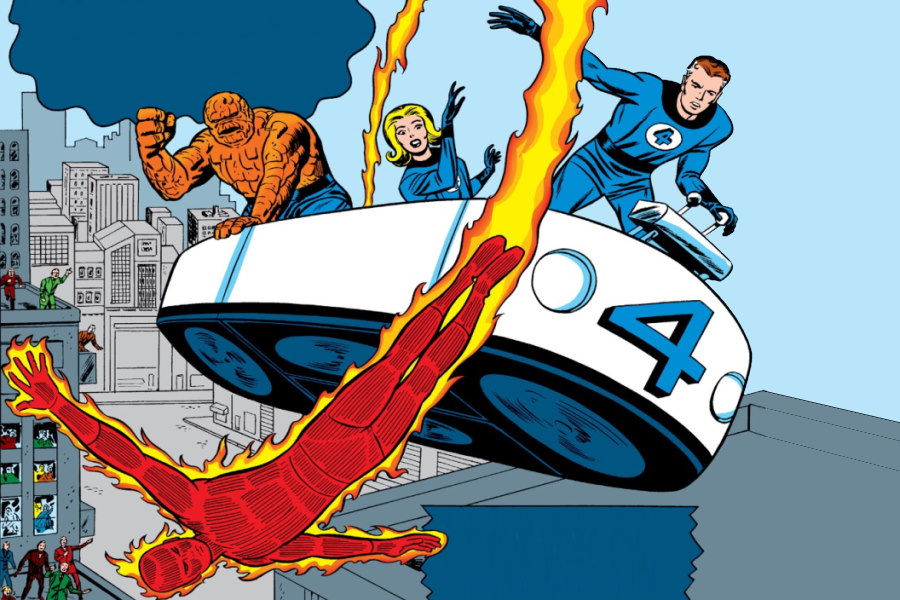 Facebook
Twitter
Pinterest
WhatsApp
Index hide
1 One of the vehicles that has accompanied the Fantastic Four in their different missions is the Fantasti-Car, of which we present seven variants that have amazed the fans of the team
2 The original model
3 The classic version
4 Rosebud II
5 Heroes Reborn
6 Ultimate Fantasti-Car
7 An elegant redesign
7.1 After Fresh Start
8 No more Fantastic Four!
9 Also being read:

One of the vehicles that has accompanied the Fantastic Four in their different missions is the Fantasti-Car, of which we present seven variants that have amazed the fans of the team

The history of Marvel has given us great heroes like the Fantastic Four, as well as incredible vehicles, one of them emanated from the ingenuity of Reed Richards, the Fantasti-Car, which has had different versions.

It may interest you: Fantastic Four: Reed Richards to the rescue of Ben Grimm’s wedding

In March 1962, the Marveo Universe met for the first time the Fantasti-Car, the vehicle that has accompanied The Fantastic Four in different missions, times and even lands of the Immense Marvel Multiverse.

Without further ado, consult the 7 best versions of the Fantasti-Car that have crossed the skies of La Casa de las Ideas.

The first version of the iconic vehicle debuted on the cover of Fantastic Four # 3 in 1962 thanks to Stan Lee and Jack Kirby. The team flew the bathtub-shaped craft home from the Miracle Man performance before readers saw it split into four platforms that each team member could fly on.

Over the years, the team has returned to this version on a number of occasions, including immediately after returning home from Heroes Reborn. More recently, Thing and Human Torch used this version to transport themselves when they starred in the title Marvel 2-In-One.

In 1963, Johnny Storm decided to renovate the bathtub and developed a more spacecraft-oriented version. This one took the modular idea one step further by making each individual compartment a more contained piece!

Throughout the 70s, the Fantasti-Car evolved from the rounder seen at number 12 to a more battleship-like version seen on the cover of Fantastic Four (1961) # 227. As you can see, the side capsules got smaller and the front part became more like a boat.

Reed Richards used some of the ideas behind the Fantasti-Car to create a different vehicle, which was christened Rosebud II.

Read:  Will Scarlett Johansson be the next Poison Ivy?

This turned out to be a time-traveling sled that he used for the Fantastic Four, as well as Thor and Iron Man, to investigate a time bubble.

Even in other realities the Fantastic Four tend to find themselves flying in some form of Fantasti-Car.

During the Heroes Reborn arc, Reed Richards developed one based on Tony Stark’s original designs that could traverse the world in hours! Above, Just like in the Silver Age, this version of the Fantasti-Car’s maiden flight to Wakanda!

In the Ultimate Universe, Reed Richards built a flying car so he could visit his parents. He dubbed it Fantasti-Car, a name that Ben Grimm and Johnny Storm mercilessly mocked.

But they did the best they could as the Fantastic Four when the team used him to take on Doctor Doom.

The Fantasti-Car got a cool upgrade on stage by writer James Robinson (2014), thanks to artist Leonard Kirk.

Although it looked like a solid piece, it featured quadrant couplings that allowed all four pieces to fly on their own.

These days, the team’s membership has grown to fully include Franklin and Valeria Richards, two great members of the first Superhero family.

Debuting new Fantasti-Car designs in Fantastic Four # 11, Franklin drives the bathtub guy to help a failed skydiver, while Val flies on the most classic-style ride with Sue Storm.

All the weapons of the new Fortnite Season 8