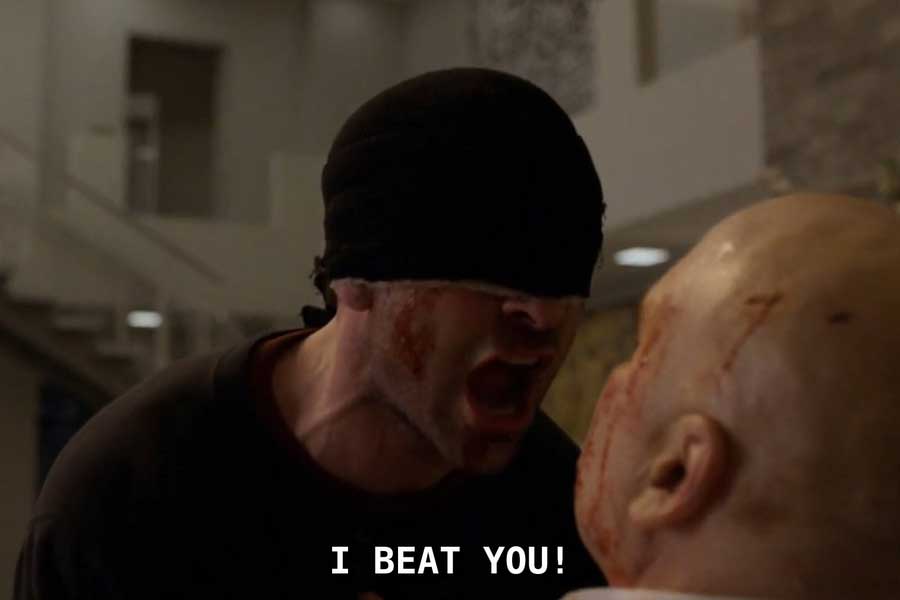 The #SaveDaredevil Fan Initiative of the character has managed to Marvel would reconsider using charlie cox again as the devil of Hell’s Kitchen, however, it is now confirmed that the new Daredevil series would arrive on Disney + sooner rather than later.

Apparently, the series has been confirmed as a soft-rebootthat is to say that it would continue the events of the first three seasons, although it would be adapted to be “recanonized” to the Marvel Cinematic Universe.

Once the Marvel Cinematic Universe (UCM) managed to establish itself in popular culture with the arrival of movies with Iron Man from 2008 and Avengers from 2012Netflix jumped on the trend and managed to produce what is considered by many to be one of the best superhero series, Daredevil.

Lawyer Matt Murdock, a character played by Charlie Cox, became one of the most beloved after the Netflix series was successful and was highly valued by fans and specialized critics.

The series premiered in 2015 and ended in 2018counting on three seasons where characters like Elektra Natchios, Frank Castle and of course the Kingpinone of the most important antagonists of the company and that we could also see integrated into the UCM in the Hawkeye series.

Despite everything, when it became known that the rights would return to Disney, Netflix decided not to renew for a fourth season. The response from fans for the series, which even managed to sustain its own micro-universe with series like Jessica Jones, The Punisher and Defenderswas quite positive.

Reddit users created the #SaveDaredevil campaign with the intention that once the rights reverted to Marvel and Disney, the series would be renewed for a fourth season.

Read:  They require a consumer to wear a mask and a store employee receives the worst part

The pleas of the fans were heard when, during the premiere of Spiderman No Way Home in the cinema, we were able to witness the appearance of the Hell’s Kitchen Lawyer.

Although this satisfied the fans, the official announcement of a series for Disney + was still expected, even though it seems that it will finally be a reality.

According to the medium Varietythe series has been renewed for a new season, at the helm of writer Matt Corman and screenwriter Chris Ord, who will be in charge of writing the script for the new Disney project. And if that was not enough, it is known that Charlie Cox will play the character again.

Of course, the urge to develop a new series focused on the character has been a direct response from Marvel Studios towards the fans, proving that, in the same way that the #RestoreTheSnyderverse and #ReleaseTheSnyderCut initiative worked to bring the original director back to the Justice League project, the fan initiative managed to keep the actor in the role that he has proven so much want.

This was the reaction of users after the official announcement:

By the way, it’s always nice to wake up in a world where #Daredevil returns. https://t.co/caYexG0GnU

I can’t get over the fact that I’m going to come back #Daredevil.

WHAT A WONDERFUL, WHAT A FANTASY, WHAT HAPPINESS.

Every #SaveDaredevil it was worth it pic.twitter.com/KDueJ4f8FP

I am extremely happy with the news of #Daredevil. Very happy. pic.twitter.com/IygzH7LbgE

If on Wednesdays #MoonKnight they were epic, imagine when Wednesdays arrive #Daredevil 🔥🔥

“Marvel Effect” in reviews of Dr. Strange in the Multiverse of Madness will boost merchandising