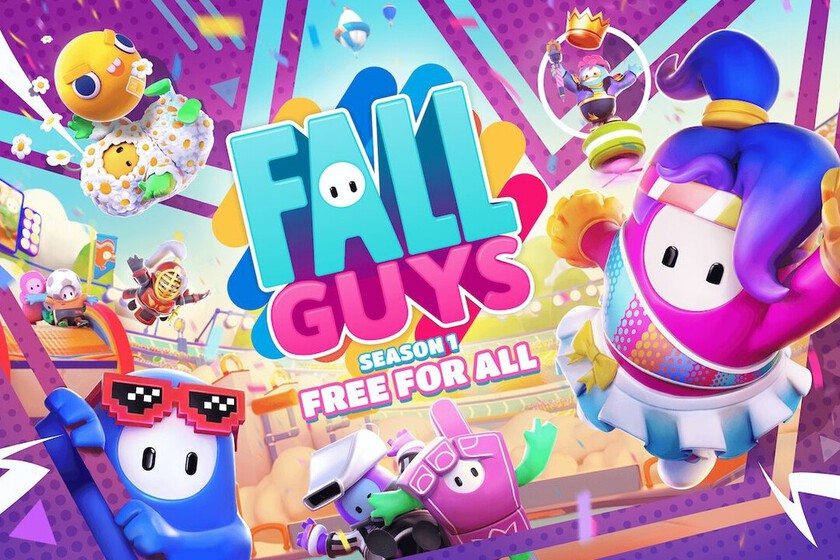 When the pandemic hit us in 2020, several games rose from nothing to fill our leisure time. Among Us and Fall Guys became two symbols of how a job well done can catapult you to absolute fame.

Mediatonic’s work took its first step on PS4 with its arrival on the system through PlayStation Plus, along with its launch on Steam. Now, what had been an open secret has been revealed. Fall Guys It will become a free-to-play game alongside its launch on Nintendo Switch, Xbox, the Epic Games Store, and PS5.

all this will happen from June 21, which will also allow us to have crossplay between all systems and cross progression so as not to lose any progress. Of course, new PC players will have to get the work in the Epic Games Store. Calm down, those who already have the game on Steam will continue to receive the same content.

On the other hand, if you are one of those who have bought and played Fall Guys By June 21st you’ll receive a Classic Pack consisting of a Nickname, Dog Tag, Sovereign Costume, Veggie Dog Costume, Quarrelsome Dwarf Costume, and a Premium Pass for Season 1 starting next month.

With this will come the beans, the new game currency that we can exchange in the store for costumes and other unlockables. The new season pass will consist of 100 levels and if we manage to complete it, we will be given the next one. Finally, Mediatonic has revealed that a level editor for Fall Guys is on the wayalthough it is still a long way to see it on our screens.

The risk of stagflation is on the rise and bitcoin will not come to the rescue, according to the BIS