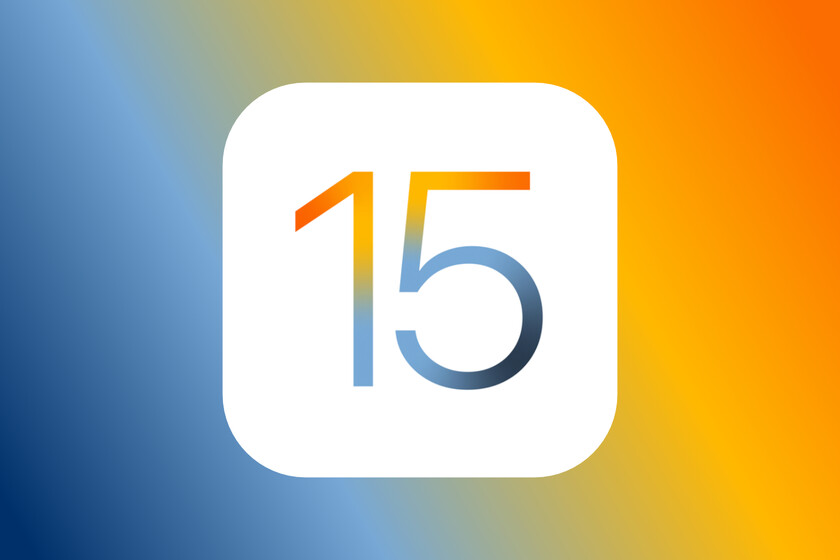 It’s here. The new operating system for our iPhone, iOS 15, has just arrived loaded with the most interesting news. The new system focuses on several specific applications, such as FaceTime, iMessage, Weather or Safari, to name a few examples and, at the same time, brings new features that extend to the remotest places of the operating system.

Big and small news and for all tastes

While we wait for the update to download from Settings > general > Software update is a good time for review the list of news that brings us iOS 15. The most important are these:

FaceTime: The app we use for calls and video calls is graduated with several improvements in this version of iOS. From a “Wide Spectrum” system that uses artificial intelligence to isolate our voice and enhance it to spatial audio during calls. Also the use of portrait mode to blur the background of the room in which we are. FaceTime will also reach Android and Windows through the browser.


iMessage: An app that has also received important news, such as the ability to collect the content that is sent to us in the corresponding destination apps. If someone sends us a Photo, it is added to Photos, a podcast in Podcasts, etc.

Focus: Do not disturb mode reaches another level by allowing us several configuration scenarios each with its permissions for notifications to certain apps and even being able to customize the home screen of our iPhone according to the chosen scenario. Scenarios that, in addition, will learn to activate and configure themselves automatically.

Safari: The browser receives a major redesign in iOS 15. Now there is a new navigation bar and a tab organization system that allows us to save, in a synchronized way with all our devices, different open tabs.

Live text: The text of the photographs becomes a predominant element in various sections of the system. With a simple touch we can copy the telephone number of a note by hand that we have photographed or the name of an establishment that appears in another image.

Spotlight: The quintessential search engine now integrates better with the Photos app. Between text recognition that allows you to locate images by their content, to the ability to display rich results.

Read:  The iPhone 13 will have a price adjustment and will be more expensive

Regards: Continuing with Photos, the changes in the memories that the app generates go one step further by intelligently integrating them with Apple Music to give our photos more life. They will also allow us to interact with the pass spontaneously and choose its style and “tone”.

Weather: The Weather app has been renewed with a much more visual aspect. Many more images and animations inform us of the time at a given moment and a good number of graphs give us better context of the different metrics. Weather maps are also added.

Apple Maps: Apple maps are renewed. The new maps arrive in Spain with iOS 15 and also add new functions such as the elevation information of the crossroads, details of monuments and more.

Wallet: Wallet will now support more documents. From house keys, which must be integrated in the coming months, to identity documents, which for now will only be available in the United States.

Although there are several iOS 15 features coming later in a future iOS 15 update, SharePlay deserves a special mention. It is a functionality designed to be able to play content simultaneously on the device of several people and have a common and synchronized experience. Through the corresponding API, developers can integrate this functionality into their apps. The service allows us to share music, video and also the screen of our iPhone.

Last but not least, iOS 15, and the rest of the systems, bring major improvements to privacy and security of our data. Within iCloud + we find the function of hiding our email or Private Relay, which hides our browsing through Safari.

However, it is clear that iOS 15 is a great evolution at all levels. From the appearance of new functions to the small news and details scattered, but labeled, throughout the system we will enjoy a more capable and efficient iPhone. And all at the touch of a button Update now.