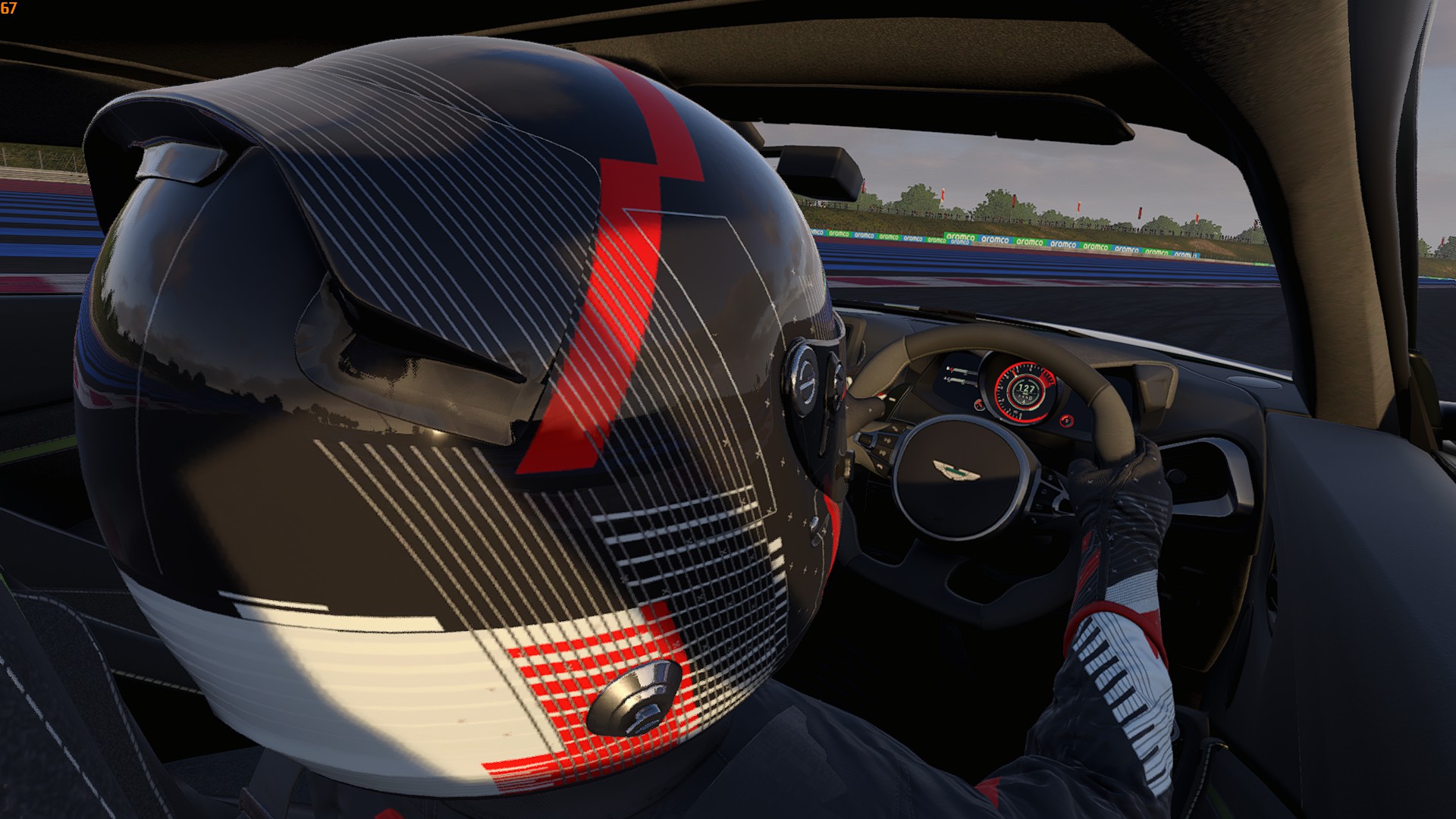 Index hide
1 F1 22 is a racing video game developed by Codemasters and published by EA Sports. This is the fifteenth delivery by the company, which arrives in 2022 with improvements in various sections, but with the great novelty in the incorporation of supercars. In a year in which the departure of the F1 Manager is expected, which, although it points to another segment, the question is whether this new F1 will live up to what the public expects and demands. We were able to test it with the Logitech G923 steering wheel. Do not miss our analysis, in depth.
2 F1 22 offers us a little more of the same except in the world of supercars
2.1 Individual Professional Career
2.2 Pilot mode
2.3 My Team Mode
2.4 2J career
2.5 Single mode
2.6 Pirelli Fast Laps
2.7 multiplayer mode
3 The graphs do not show a great evolution
4 The physics have improved a lot and make this the most fun F1 of recent times
5 Supercars: the great novelty of F1 22
6 Music and Sound
6.1 Share it with your friends
6.2 I like this:

F1 22 is a racing video game developed by Codemasters and published by EA Sports. This is the fifteenth delivery by the company, which arrives in 2022 with improvements in various sections, but with the great novelty in the incorporation of supercars. In a year in which the departure of the F1 Manager is expected, which, although it points to another segment, the question is whether this new F1 will live up to what the public expects and demands. We were able to test it with the Logitech G923 steering wheel. Do not miss our analysis, in depth.

To begin with, in this new installment, as in the last ones, we have the possibility of doing a professional career in pilot mode or team mode. In the first we can play as a driver, signing a contract with a team and paving the way for the world championship. On the other hand, in team mode we will play as a driver, but also as the team’s starters, being able to design and manage the team.

Specifically, in pilot mode we have the possibility to start directly with F1 or in F2 before advancing to F1.

For its part, in team mode, we can select from three starting points, from beginner to title contender, with various resources available to access the championship.

Likewise, the 2J Professional Career mode would be like direct competition for what will be the F1 managerwhere we will precisely have the responsibility that a Manager would have, taking care of the hiring.

In the individual mode, we can choose between running a complete race, classifying and playing the race itself, another that would be the time trial, to challenge ourselves in lowering the lap times, and finally and the great novelty, the Pirelli Fast Laps.

It is noteworthy that we still have all the configuration options, rules and flags, simulation options, control configuration and including everything that has to do with the weather conditions in the race, being able to select a wet or very wet track.

In Pirelli Fast Laps, we will have different types of challenges, in which we will be able to win bronze, silver and gold medals driving several of the best supercars of today.

The supercars available in this installment are:

We also have 3 levels of difficulty being the last one, really very difficult. The good thing is that here we will be able to test all the supercars that the game offers today, yes, there are not many, but they are all well chosen and well made. To be able to access these, and run freely, we must add experience that will allow us to unlock them. Anyway, in a few hours of play we can unlock all the cars.

The modes that offer us these challenges are the classics:

Finally we have the classic multiplayer mode, where we can face different competitors from anywhere in the world, instead of doing it against the AI.

The graphs do not show a great evolution

The graphic section of the official F1 games have never been particularly good. In 2019 it had been possible to observe a quite remarkable improvement in lights, reflections and textures, but in the last two years everything had been quite continuous. East F1 22, shows visible improvements over the previous version, but is still far from surprising us, as other racing titles do. We do not perceive that which leads us to ask ourselves “if it really is a game or reality”.

It still looks like a racing game, with very good graphics, without a doubt, but it is still in debt, even more so when we could see through the trailers that the graphic section of the F1 Manager 2022 seems to be quite superior. Here, you see more details and better quality in the textures of the grass, the car, the driver and others, even with the dust raised when the car leaves the track, but it is still very low quality in the environment, far from the same circuit , in the stands, in the trees or why not, in the sky itself.

Regarding the supercars, we liked the internal view better than the external views, where we find more details and more care than seen from the outside, where it loses and by quite a difference with other titles.

Something that tells us that there is not so much evolution is the performance of the game with our PC. With a Core i5 8400, 16GB of RAM and a 6GB GeForce GTX 1060, we’ve been able to play with everything maxed out at between 50 and 70fps on average, with substantial drops only when drifting on the leca. In addition, we can go over 100 fps if we go down to high or medium, something very similar to what we saw in the F1 21.

After trying this new F1 22 We can only say that we are very happy with all the improvements incorporated to be closer to the simulation mode. We like to play pretty much unaided, we only had a little bit on traction control, and then everything in manual mode and on max difficulty, to have the closest experience to reality, just like in the F1 21. The difference is really noticeable in the first minute of the game.

Let’s start with the F1s in dry conditions. The first thing we notice when starting a lap with cold tires is the lack of grip, where we see that the car tends to get out of hand constantly until the temperature exceeds 80ºC, at which point everything begins to stabilize. , which is exactly what happens in reality, and although it used to happen before, now it is better achieved. On the other hand, depending on the configuration of the car, with more or less load, we will notice better than ever the understeer (the car tends to spin due to excess load on the rear wing) and oversteer (the car tends to spin tail due to excess load on the front wing).

In this title we will have to control and dose the accelerator very carefully and subtly, especially when exiting the curve, precisely so as not to lose control of the car, something that usually happens frequently. Many times we notice that it is impossible to control it when we over-accelerate, something that leads us to waste time if we don’t do everything perfectly, entering the curve with an ideal radius and with perfect progressive acceleration. For this reason, and beyond the fact that this physics is perhaps somewhat exaggerated, it is a huge challenge for the pilot and is one of the aspects that we liked the most about the game.

The important thing is to be constantly steering, as is seen in reality in F1 drivers, to constantly correct oversteer and understeer and not lose the car.

It should be clarified, how well achieved is the effect of lack of grip when we leave the track on grassy sections, since it will take some time to recover the stability and temperature of the tires.

In addition, the sensation at the wheel when we touch the curbs is spectacular and the effect we notice when accelerating in the curves on them is very realistic, since we will almost certainly lose the car or it will tend to get out of control.

We also really liked that, if we get lost and enter an area with leca stone, in some cases we will not be able to leave, which is something that also happens in reality.

Likewise, now we can enter the pits in a completely manual mode, both when entering and when leaving, and depending on how we do the maneuvers, it will take more or less time, something that we also liked a lot.

In the wet, everything mentioned above is maximized; We will have to be very careful and make high gears so as not to lose the car, since the grip is minimal, especially when we are on a very wet road.

The differences between cars are very noticeable; we did a race on the same circuit with a McLaren and a Red Bull, and in the first case we started in seventh place, and in the second we won the race with some ease, having achieved pole position (in difficulty 80 without help) .

Supercars: the great novelty of F1 22

Regarding the experience on board the supercars, we have to say that we have been very surprised. The handling is very addictive and fun with each one of them, and the difference in handling between the cars they offer us is even noticeable, obtaining better times with respect to others, but not only because of the power but also because of the difficulty to carry the track to some over others.

We’re sorry we didn’t have the chance to try the classic cars, which we loved so much, and which were removed in the 2021 version. We would like to see an exclusive F1 game with classic cars come out, either from Codemaster or from another company .

In wet conditions, something similar to driving in F1 happens, it becomes much more difficult to keep the car on the track having to adjust the throttle and not brake suddenly. In addition, we liked the effect of raindrops hitting the windshield.

Regarding the sound section, let’s first start with the internal music within the game. Here we take our hat off, since now there is much more variety of songs and they have been very well chosen, so you can even enjoy being between menus and waiting until you go out on the track.

With respect to the single-seaters, the sound of the engines is not bad, but it is still not as faithful as reality itself. Even in some cars like the ALPINE it gave us the feeling of being far removed from what we hear every weekend.

For its part, in supercars, it is much better achieved, without being perfect. We really liked the difference you hear when we go from a car with a V12 engine to a V8 (like Ferraris), the sounds are very different, and by far the best is the Aston Martin V12. The Ferraris sound quite good, but we notice the sound is somewhat lacking when reaching the highest revolutions, as if it lacks more spectacularity.