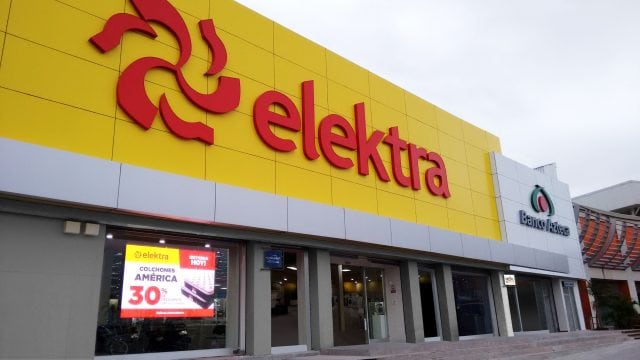 As well as Ricardo Salinas responds directly to network critics, billionaires like Elon Muskhave also become controversial in networks for the answers they offer, however, the case of this note is special, because the owner of Elektra angered at a former employeewho denied having bought so far in said store.

Sabina Berman She worked as a host for Ricardo Salinas on TV Azteca and after differences that continue to be expressed by both personalities on social networks, the woman responded to a user who asked her if she had settled an alleged debt, for the purchase of an appliance at Elektra, a fact that she denied. blunt the also playwright.

The billionaire businessman immediately intervened and the action is one more incident of his controversial network communication strategy, where he has become popular for the responses he offers to criticism, where he is exposed to all kinds of comments.

The series of recorded events reminds us how important it is to know how to communicate on social networks, where recommendations have even been established, what to do and what not to talk about on these platforms.

Old pendja, fucked up, horrible and ungrateful… I should have run her before hahaha. #Mummy subnormal.

When faced with this dilemma, SproutSocial He has launched recommendations very interesting in this regard, where he warns that of a significant number of Americans surveyed, the 83 percent recommended using videos; a 83 percent answered questions and 68 percent He recommended responding in conversations. Of the least recommended topics, the 88 percent asked them not to laugh at customers and a 71 percent Avoid talking about political issues.

The blender of discord

A blender was all it took Ricardo Salinas to respond to Sabina Berman, when she denied having ever shopped at Elektra.

The former host of Azteca, a television station owned by Salinas, assured that it would have been a horror event, having had to buy products in the store, which is one of the most valuable in retail within the study “Brandz – Top 50 most valuable Latin American brands 2020”, where it is ensured that its brand value is 530 million dollars.

After her refusal with qualifiers such as horror at the fact of imagining buying in that store, Salinas hurled insults and assured her that the income she received when she was a driver for Azteca, which she estimated at millions of pesos, came from consumers who went to Elektra stores. .

“You feel elitist, although you are a poor starving person. The funny thing is that he never did the ugly thing to the millions and millions that he earned in Azteca, many of them came from the money of those people who DO buy in Elektra… those people that you confessed to me that disgust you, “said the businessman.

This incident adds to responses that billionaires like Elon Musk have done in Twitter and where important trends have been imposed, due to the way in which they respond to their criticism through said platforms, remembering the value of the personal brand in digital media.