Evetta, the electric quadricycle that imitates the BMW Isetta debuts in Germany 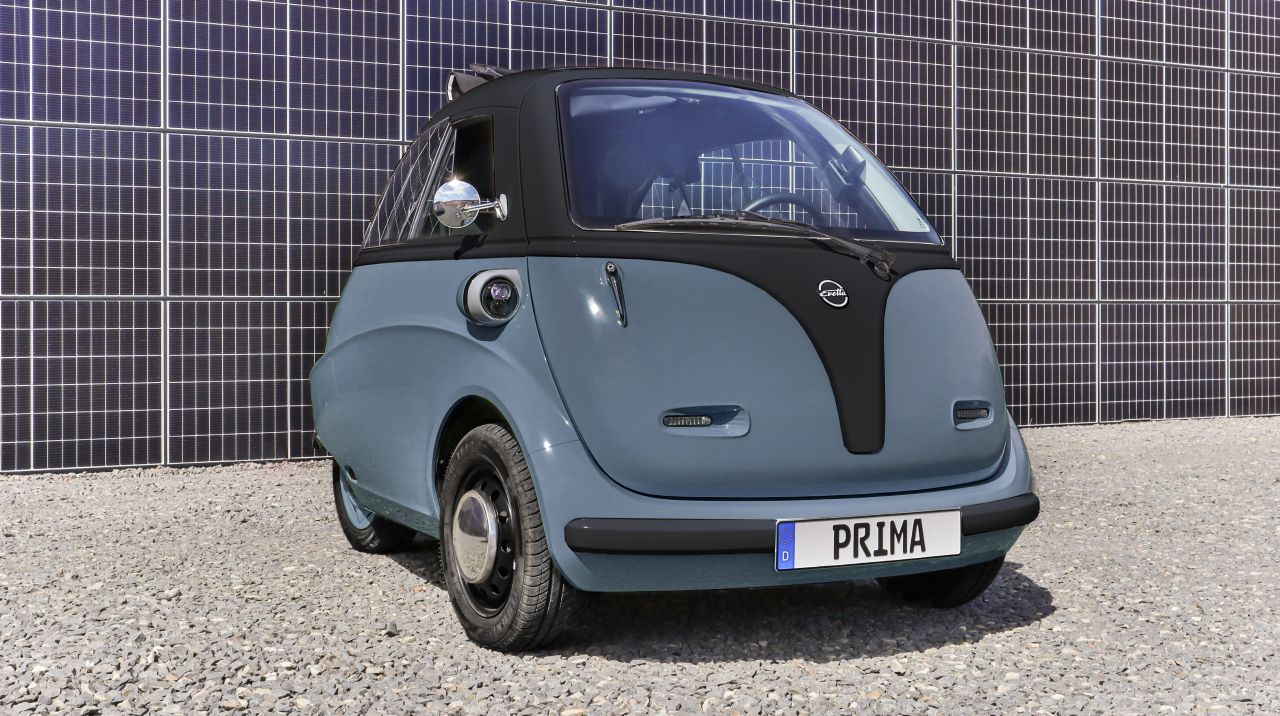 Cheap electric utility vehicles won’t be a reality until after the middle of the decade. Their high price makes them impossible, as the new Evetta quadricycle demonstrates. An elegant microcar born in Germany that arrives as an alternative to the Microlino, the modern Isseta.

Just a few days ago the new head of Volkswagen was referring to cheap electric utility vehicles, something impossible due to their high price for the mass market. The great proof is the increasing supply of electric microcars that is invading the market, with more than high prices. The new Evetta is a clear example of this situation, a development of Electric Brands who is ready to attack Germany.

Modern reproductions of the late BMW Isetta follow one another. If a few days ago it was the Microlino that went into production in Italy, now it is the turn of the German alternative under the name of Evetta. A tiny quadricycle ideal for urban traffic thanks to its contained measures -detailed below- and with a very retro design, as it is offered a convertible variant and another more sporty in the purest “Speedster” stylewith a shortened windshield and no roof: the Evetta Openair.

Index hide
1 The Evetta is conceived in different versions and variants
1.1 Electric Microlino goes into production, on sale in Europe in 2023

The Evetta is conceived in different versions and variants

With only a front door that encompasses the windshield and dashboard, this one has just enough. In addition to the steering wheel, it uses the smartphone as an infotainment system and even the air conditioning system has been integrated into the internal panel of the front door. Of course, it has two seats and does not have a trunk, since there is no real space to house a cargo area. In fact, all the mechanics are under the bodywork.

Mechanically, it has a small electric motor that develops a maximum power of 15 kW -equivalent to 20 CV- and with a peak power of 22 kW, reaching 30 CV and with which it can reach a maximum speed of 90 km/h. Those of Electric Brands will mount a battery with two levels of capacity, 14 kWh in the Prima version and 18 kWh in option that offers a maximum autonomy of up to 240 kilometers. Both are recharged in a domestic socket of up to 230 V.

Electric Microlino goes into production, on sale in Europe in 2023

The manufacturer has set itself a more than ambitious sales target, with no less than 5,000 units in 2023increasing to 40,000 in 2024. The Evetta can now be booked although the delivery of units is postponed to 2023. The firm has arranged 3,908 units of the Evetta Prima in apricot and blue colors -1954 units of each one- and 999 units of the Evetta Openair. Two quad options that are not cheap, since the first will cost just under 20,000 euros and the second will go up to just under 33,000 euros.