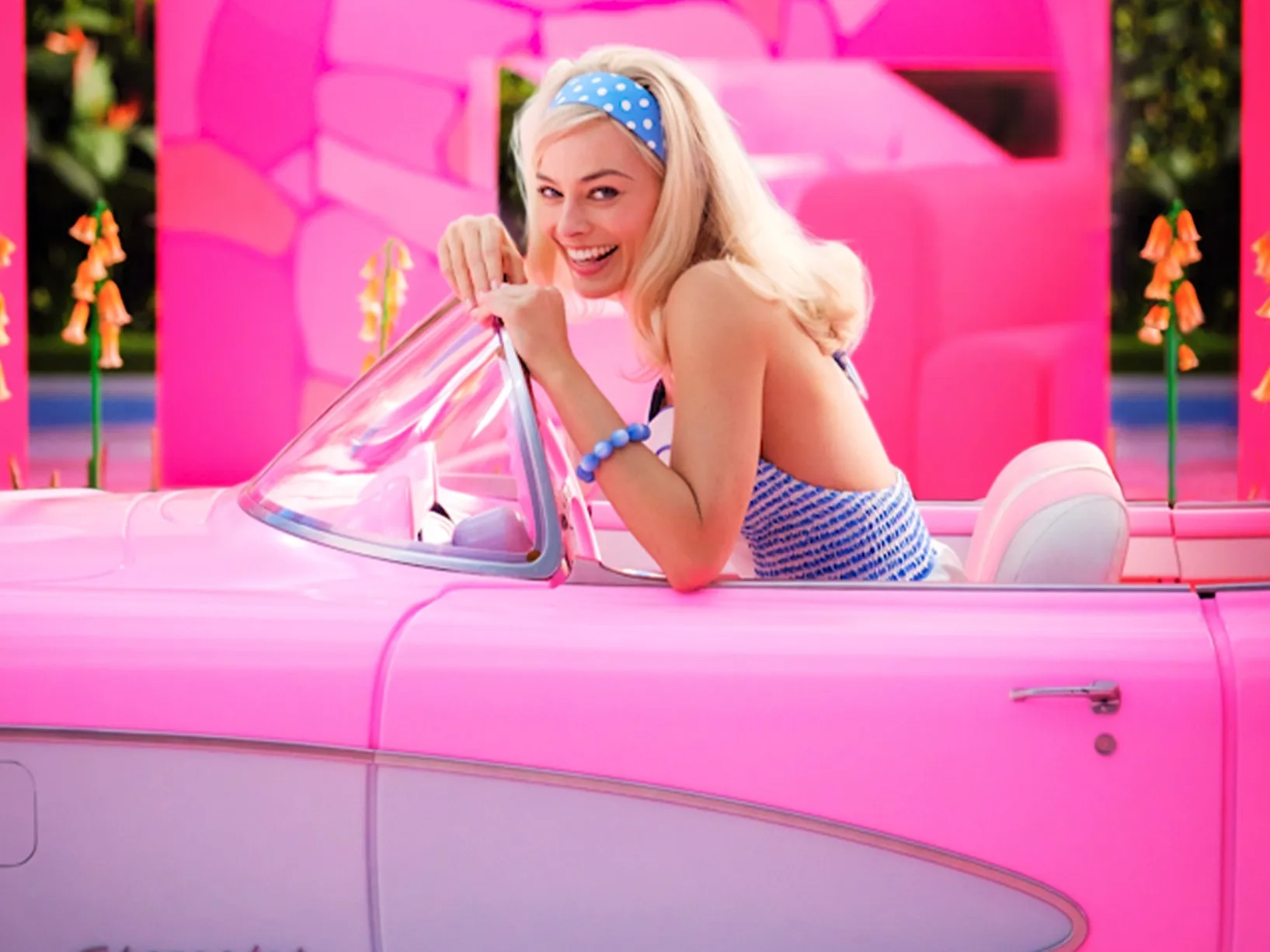 The photograph of Ryan Gosling with platinum hair, a sculpted body and impeccable tan, surprised. Not only because the image was completely away from the usual sober and contemplative image of the actor. Also because it was the first look at one of the most curious characters that will populate the cinema next year. Gosling, characterized as the famous Ken doll, made it clear that the film by Barbie Greta Gerwig already has, at least, a visual style of her own. As much as to be recognizable.

But that idea was obvious from weeks ago, when Margot Robbie dressed in pink from head to toe appeared in the first image in her role as Barbie. Driving a car — also pink, of course — the actress became the first indication of Gerwig’s intentions with the production. And something became clear: It is clear that it will pay tribute to one of the most beloved toys in the world. Despite criticism of her aesthetics and strange perception of women, the truth is that Barbie is part of pop culture.

One as important as for an important part of the childhood of several generations. First sold on March 9, 1959 at the New York Toy Fair, she soon became a children’s icon. Over the decades, Barbie changed shape and even size, becoming emblematic of a fundamental kind of change. From being just a beloved toy, little by little it was established as a reflection of the feminine changes through the years. Today, the doll is also a form of homage and a reflection of the cultural transformations around it.

Greta Gerwig’s Barbie movie — about which little is known about the plot — will apparently pay homage to the phenomenon. But it will also do something else: create a version live action of the most beloved doll in the world that celebrates its history. With a constantly growing cast, the project turned from a curiosity to a full-fledged film event and one of the most anticipated of the 23rd. What do we know about what will happen in the film and everything that surrounds it? We’ll tell you then.

The first choice to play Barbie was Amy Schumer

In 2016, and in the pre-production stage, the Barbie movie went through several different production companies and also, visions about the project’s approach. Ultimately, Warner Bros decided to greenlight filming and begin digging deeper into the future film’s personality. And during those early stages, the actress selected to play the doll was Amy Schumer. The news surprised and interested the public, due to the possible approach that the comedian could bring to the doll.

But as the project became more ambitious, there were “creative clashes” between the actress and Sony. Finallythe actress separated from the production. And although at first the public reason was “scheduling problems”, Schumer commented to The Hollywood Reporter that the reason was more complicated. “They definitely didn’t want to do it the way I wanted to do it, the only way I was interested in doing it.” She later revealed that the comedian wanted to give the film a mocking and satirical tone, which contradicted the central concept.

Read:  Gran Turismo: the movie based on the racing video game already has a confirmed director and plot details

Shortly after, the script came into the hands of actress Margot Robbie, who ended up accepting the project. From there, a curious group of actors and actresses joined a motley cast to tell the story of the Mattel doll.

Margot Robbie in a pink world

With actress Margot Robbie at the helm to play the titular character, the project became something of a teasing unknown. But the actress, who also produces it through LuckyChap Entertainment, made the right decisions. And while much of Hollywood wondered about the nature of such a film, Robbie took it seriously. Enough to get Oscar nominee Greta Gerwig to direct. Known for her reinventions of stories of difficult, inspired and talented women, Gerwig may make the movie more than just a comedy. And in fact, it is rumored that both the director and Robbie created a version of Barbie that not only pays tribute to the legacy of the toy. Also, its importance in the world of pop culture.

With both names on board, the project became a multi-star. Ryan Gosling joined the long list of celebrity names to play the doll’s well-known boyfriend, Ken. He is also part of the project Kate McKinnon, America Ferrera and Hari Nef. On the other hand, Emma Mackey of sex education and Ncuti Gatwa, are also part of the list of names in the cast of the film.

Barbie makes the step to the big screen

For now, only a brief synopsis has emerged about the possible plot of the film. According to Sony, Barbie lives — how could she be otherwise — in Barbieland and she must face what lies beyond her perfect world. Overly clichéd and simplistic? Apparently not as much as it seems. The script is written in four hands between Greta Gerwig (who wrote Lady Bird) and Noah Baumbach, author of the masterful story of a marriage. So, most likely, the story is much deeper and more unique than might be supposed.

Margot Robbie has taken seriously the possibility of embodying a generational icon who is often ridiculed and belittled. It is of considerable importance to the actress to demonstrate the “powerful influence of Barbie” on our culture. In an interview for British Vogue, the actress admitted to knowing “the weight of nostalgia and love” that she carries on her back. “People usually listen to Barbie and think, ‘I know what that movie is going to be like.’ Then they hear that Greta Gerwig is writing and directing it, and they’re like, ‘Oh, well, maybe not…’ Robbie also made it clear that the film is a tribute not only to the toy, but to all the people who love Barbie and consider her a pop icon. “It’s not just a doll. She is a cultural element.” For now, we just have to wait for her arrival in theaters on July 21, 2023.