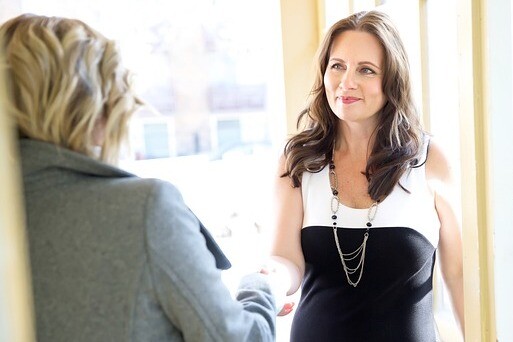 All activities that involve a discretionary decision in a context of many variables are often doomed to biases, prejudices and noise: popular juries, certain medical diagnoses, academic evaluations and, of course, job interviews.

So it is not surprising that interviewers tend, often without being aware of it, to prefer candidates who are culturally similar to them or those with whom they have something in common, such as sex, ethnicity, or education, as this 2012 study suggests.

In addition to the biases (such as beauty plays an important role in the interview: an ugly and lanky person will have more trouble getting hired), there is also noise, as defined Daniel kahneman in his book entitled, precisely, Noise. That is, different interviewers also react differently to the same candidate and reach different conclusions.

Being hired, then, does not depend only on your skills as a worker, but on the type of interviewee you have had. Or the day of the week that worker is performing his job. Or even the first impression (The quality of a handshake is a surprisingly significant predictor of hiring recommendations, as this 2002 study suggests):

For example, there is strong evidence that hiring recommendations are linked to impressions created in the casual relationship phase of an interview, those first two or three minutes of friendly chat to put the candidate at ease.

What is the solution to solve this problem? Basically, more mechanize the hiring processes. There are people who trust people. In the professionals. Even in human judgment. And, in return, considers guidelines or algorithms to be cold, rigid, and allergic to empathy.

Read:  We can now explore, in real time, a virtual universe on the most detailed contemporary data of our own universe

However, all these romantic ideas can be easily dismantled if we take a look at how judges, doctors or pilots are clearly wrong when they stop mechanizing their judgments, diagnoses and decisions, as you can see in the following video.

The oldest evidence of a human foot is found and it is a footprint 2.5 million years older than that of A. afarensis

We can now explore, in real time, a virtual universe on the most detailed contemporary data of our own universe

Books that inspire us: ‘Rationality’, by Steven Pinker

How COVID-19 can leave us with fewer friends even if we have maintained a 2.0 contact

it is no more effective than a placebo

The new Firefox for Android already has PC extensions