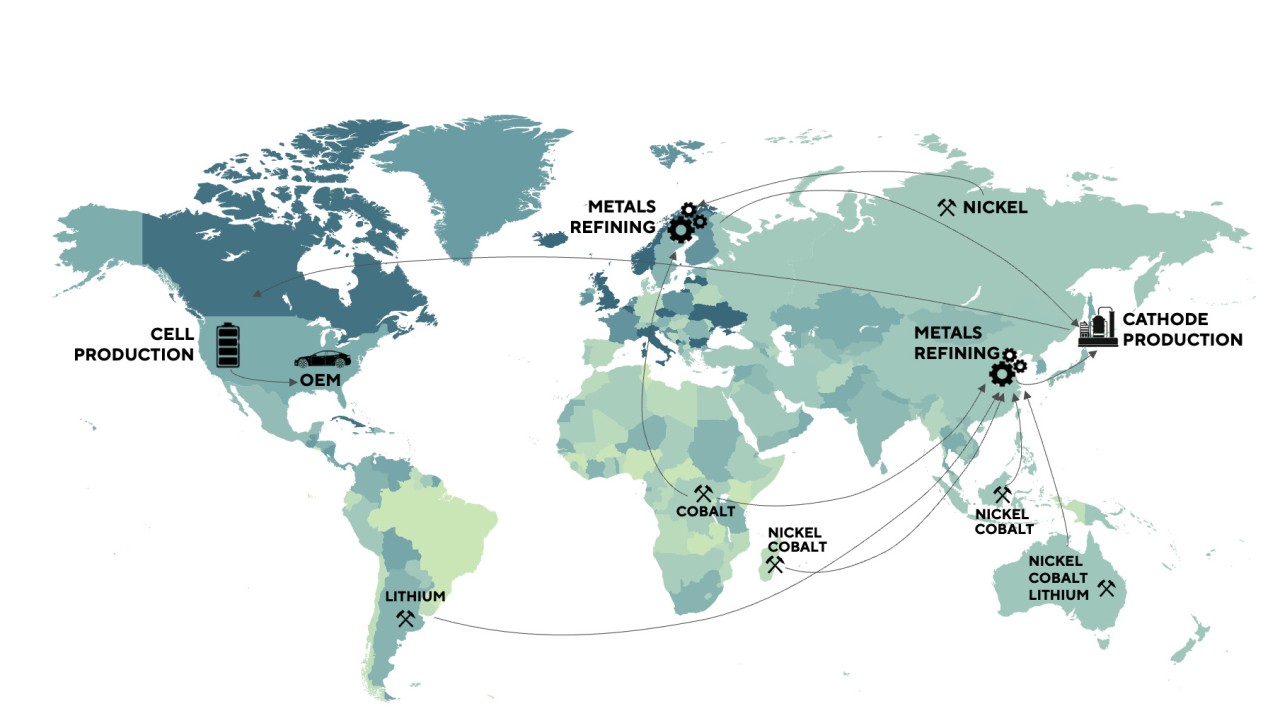 Under the Trump Administration, the movement of cars on both sides of the Atlantic was endangered. Now, under the Biden Administration, that can happen through the back door in terms of electric cars because of federal purchase credits.

After the passage in the Senate of the United States of the Inflation Reduction Act, the next step is to go through Congress for ratification, and the only thing missing is the signature of President Joe Biden. This is a huge legislative package to transform the US economy, but it has a few items that will hurt European manufacturers.

As the Senate rule has come out, requirements are imposed on the vehicles to receive the aid, as well as on the successful bidders. The federal credits are, roughlya reduction or refund of taxes of up to $7,500 for the purchase of an electrified vehicle.

The measure will require a growing content of local production of vehicles, which includes their batteries, with the aim of reduce dependence on China. Right now the Asians control the supply of the main precursor materials both raw and processed. We are talking about nickel, cobalt, graphite, lithium… In the future, the recycling industry will recover these materials, but it will take years…

China is not explicitly mentioned as a country to avoid, but there is a veiled way of saying it. The euphemism is used “troubling foreign entities”. The regulations intend that manufacturers in the United States gradually change their supply chains so that they are fundamentally based in North America.

North America has some exploitable mineral resources, but certainly not all, and the standard will be very difficult to meet.

The requirements can exclude most of the models on the market from this aid system, but not only those of American manufacturers, but also practically all Europeans that do not have local production in a North American factory.

Currently, the dependence of European manufacturers of electric and plug-in hybrid cars is very strong on China, as is the case with most Americans. In the medium term, the local content of batteries will also be increased in Europe, several projects are underway and will be ready throughout the decade.

But even when that step has been taken, the aid from the United States Federal Government will not be compatible with European-produced models, since their batteries will not be of North American origin. It doesn’t make much sense to send the cars without batteries to America and assemble them there (or maybe it does).

Tesla, Ford, GM or Mercedes-Benz are ensuring the local supply of batteries for their factories in the United States

This concern is taking place at a very high level. Miriam García Ferrer, spokesperson for the European Commission, stated that this rule is cause for concern and that there is a risk that the rules of the World Trade Organization will be violated (WTO or WTO), since the North American content requirement is a barrier to entry.

Assume two competing models, A and B, with Model A being North American production and Model B being European production (either European, South Korean, or Chinese batteries). Model A would be eligible for the aid of up to $7,500, while Model B would be left out, and that’s already a considerable price difference.

Even Tesla relies on Chinese batteries, although it has considerable cell production capacity at its Nevada gigafactory.

“We believe that it is discriminatory, a discrimination against foreign producers in relation to American producers”Garcia Ferrer commented. “Of course, this would mean that it would be incompatible with [las reglas de] the World Trade Organization»he added.

If the WTO agreed to that approach, there would be consequences. The United States could receive sanctions, or the European Union could try a very similar measure, which excludes non-European battery vehicles from purchase aid.

But that would do the same damage to Asian manufacturers. The ones bidding the most in this regard are the Chinese, although their presence in the US market is practically nil, and the South Koreans. The Japanese are taking it more calmly. To avoid this discriminatory treatment they will have to set up factories in Canada, the United States or Mexico, or rethink local production if they already have them.

The congressmen have a ballot to resolve, for the moment, as the norm is, it will harm more manufacturers than it will benefit.