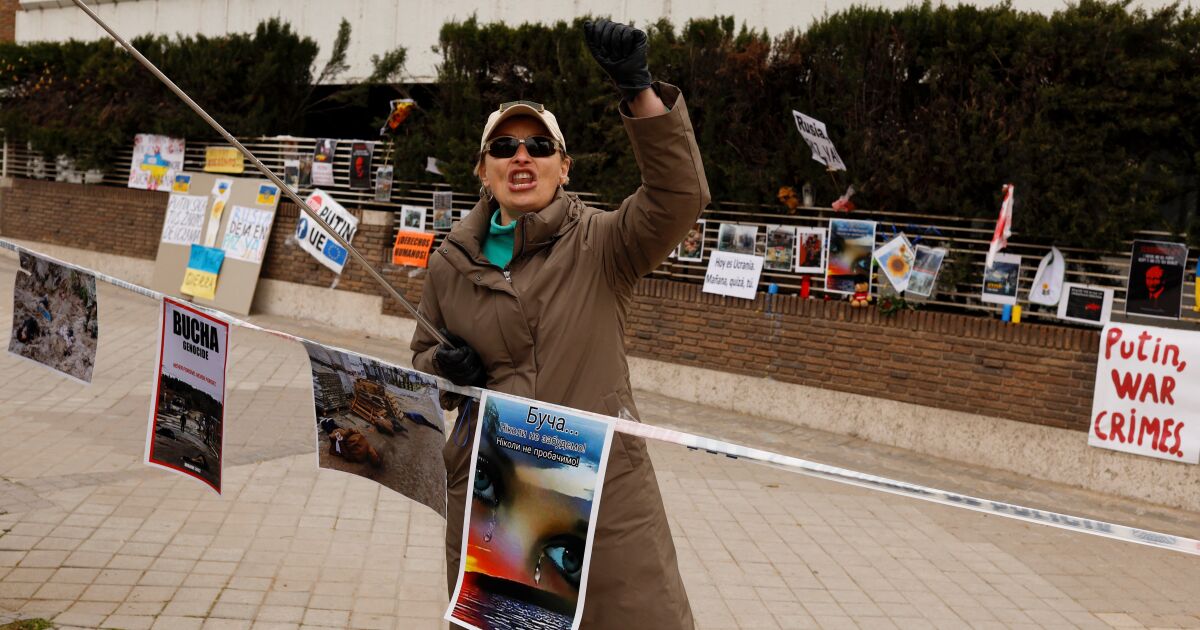 That same day, Germany announced that it was expelling “a large number” of Russian diplomats stationed in Berlin, according to Foreign Minister Annalena Baerbock. According to AFP information, there would be 40.

These Russian embassy employees are a “threat to those seeking protection among us,” he said. Germany receives more than 300,000 Ukrainian refugees who have fled fighting in their country since February 24.

# In Photos l Outrage grows over attack in Bucha, in the suburbs of kyiv

The bodies of 410 Ukrainian civilians were found in a sector near kyiv retaken by Russian troops. Given this, President Volodimir Zelensky said in an interview that Russian forces are committing “genocide” in Ukraine.

The United States and Europe appeared poised to impose new sanctions on Moscow after the destruction and civilian deaths in Bucha, outside kyiv, while raising the possibility of imposing restrictions on Russian energy exports.

The UN Human Rights office has about 50 staff in Ukraine who have been monitoring the number of civilian deaths since Russia invaded the country on February 24. So far it has confirmed the deaths of 1,430 civilians, adding that the real number is probably much higher due to verification difficulties.

Ukraine said on Saturday that its forces had retaken all areas around kyiv. The mayor of Bucha, a town 37 kilometers northwest of the capital, said 300 of its residents had been killed by the Russian military.

The Bucha find is poised to overshadow Russian-Ukrainian peace talks, which were due to resume on Monday against the backdrop of artillery shelling in southern and eastern Ukraine, where Russia says it is focusing its operations.

The city’s deputy mayor said 50 residents were victims of extrajudicial executions carried out by Russian troops.

About 300 expelled in total

Shortly after, France announced the expulsion of 35 Russian diplomats “whose activities are contrary to the interests” of the country, according to a source close to the French Foreign Ministry.

Denmark also decided to expel 15 Russian diplomats accusing them of being “intelligence agents” who carried out “espionage activities on Danish soil”, said the head of Danish diplomacy, Jeppe Kofod.

Another Scandinavian country, Sweden, joined the average with the expulsion of three Russian diplomats.

And Spain decided to expel “around 25” Russian diplomats who represent “a threat to the security interests” of the country, announced the Spanish Minister of Foreign Affairs, José Manuel Albares.

On March 29, Belgium announced the expulsion within 15 days of 21 people working for the Russian embassy and consulate, suspected of being involved in “espionage and influence operations that threaten national security.”

The Netherlands and Poland followed suit and also expelled dozens of diplomats.

According to a count made by AFP, about 300 Russian diplomats have been expelled in total from various countries of the European Union since the beginning of the Russian offensive.

The Kremlin denounced, on its side, Europe’s “lack of vision” in expelling numerous diplomats, since the movement implies “the reduction of the possibilities of communicating in the diplomatic sphere in these difficult circumstances,” according to a spokesman, Dmitry Peskov.

“And this will inevitably lead to retaliatory measures,” he added.