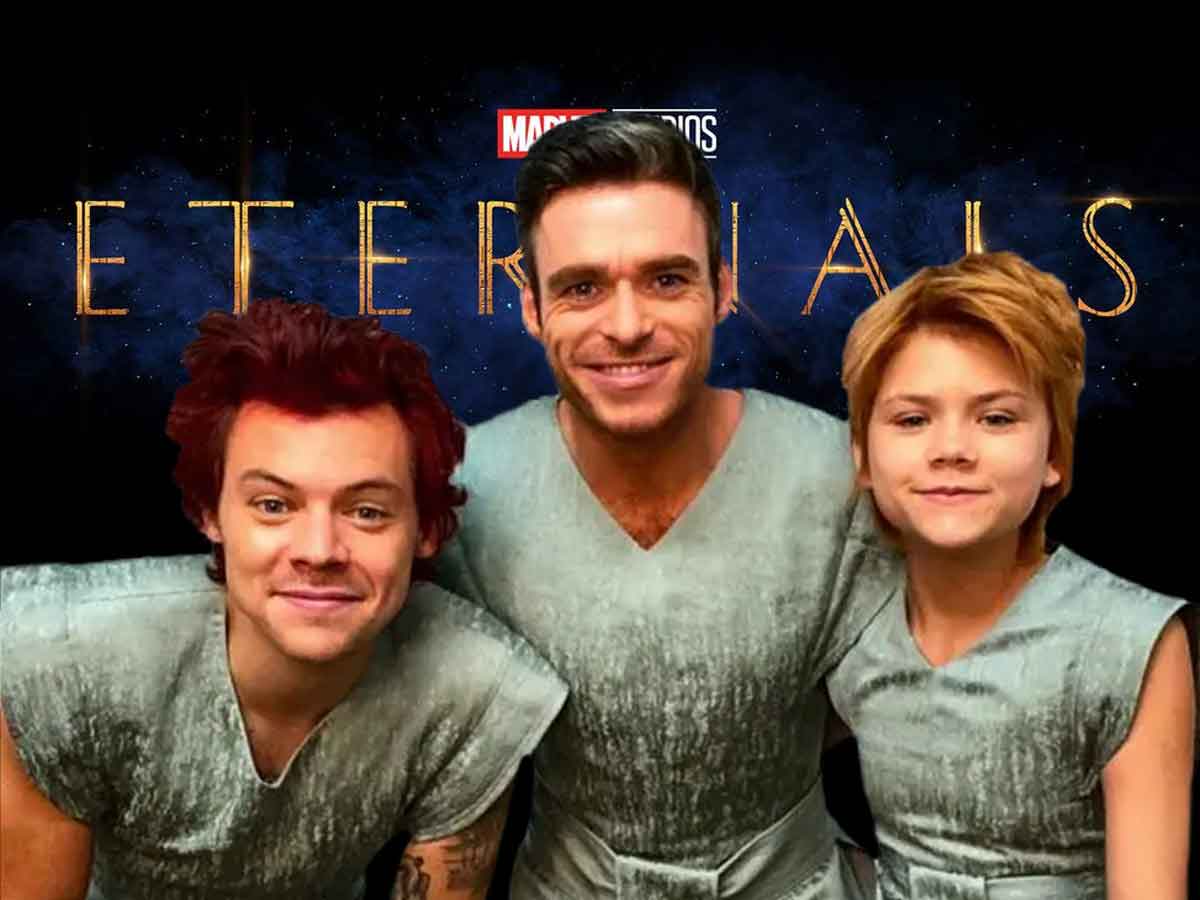 The Marvel Studios movie Eternals (2021) could be very different as actress Lia McHugh has revealed.

A while ago the actress Lia McHugh who plays Sprite (Goblin) in the film Eternals from Marvel Studios shared a photo of the filming of a scene with Richard Madden (ikaris) and Harry Styles (Eros). This scene never made it to the final cut of the movie and now we have more details about what they were shooting.

Attention SPOILERS. Marvel Studios had planned a very different ending than the one that hit theaters. Since they shot a scene where the protagonists lost their memories and left Earth with Eros. That obviously didn’t happen, and in fact, Lia McHugh’s Sprite turned into a real girl so she could live a mortal life.

“Actually that scene with Eros (Harry Styles) worked really well for me. I ended up not having any scenes with him, but in the first version of the Eternals script, we shot a different ending and it was kind of parallel to the first scene of the movie. We shot it the same day. We basically changed actors and things, since it was all the same camera shots, so it was easier to do it all in one day.”

“We were all on the same soundstage, the ten of us and Harry, and we were going back and forth changing our characters. Oh my gosh, she was a fangirl. She was hallucinating. I couldn’t tell anyone for a long time. I wanted to tell all my friends. In fact, she invited us to a private concert in London and that was great. A unique experience. He is really a sweetheart. It was so much fun getting to know him.”

Would you have liked to see that alternate ending? You can now enjoy the movie Eternals on the streaming platform Disney Plus, which can be accessed through this link.