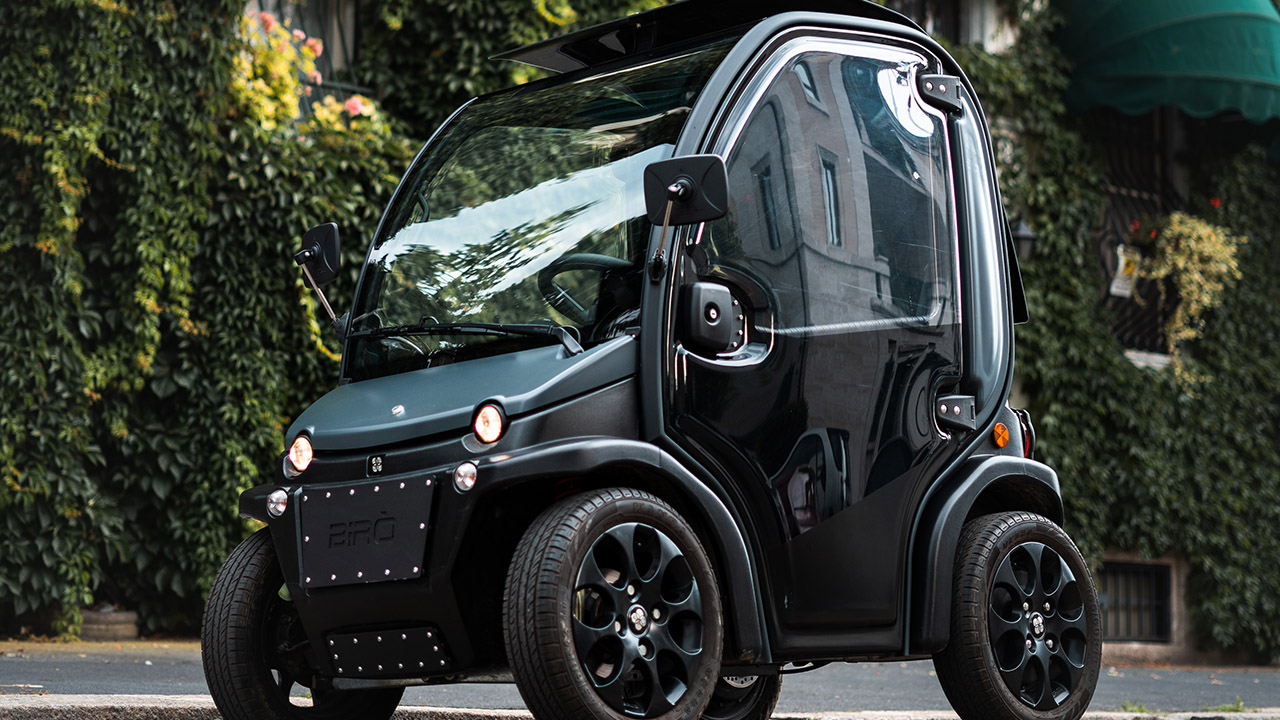 The new Estrima Biró is already on sale in Spain. Invicta Electric adds an interesting two-seater quadricycle to its range of electric vehicles that boasts a range of up to 100 kilometers and a removable battery. We analyze all your keys and prices.

Invicta Electric continues with its expansion process in the Spanish market. The sustainable urban mobility brand has incorporated into its range a very interesting 100% electric quadricycle. The new Strima Biró
begins its commercial journey in Spain as a safer and more comfortable alternative to two-wheeled vehicles. A two-seater model that boasts benefits.

The Strima Biró, which is already on sale, is capable of travel up to 100 kilometers on a single charge and, which is very practical as well as interesting, in its range there is a version with removable battery available to be able to recharge it at home, the office, etc… Let’s go into detail and review its main features.

The keys to the new Strima Biró from Invicta Electric

It’s a light quadricycle with L6e approval and therefore has its maximum speed limited as we will see later. The vehicle structure features a reinforced 3mm tubular steel frame to provide a high level of safety in the event of an impact. In addition, it is equipped with four brake discs, which added to its low weight, establishes minimum stopping distances.

In the interior of the Estrima Biró Up to two adult occupants can travel. The opening glass roof and rear window allow the cabin to be flooded with natural light, enhancing the feeling of spaciousness. The polycarbonate doors are completely transparent and can be removed to improve interior ventilation. It has three trunksa rear one with a 41-litre capacity, another 41-litre behind the backs of the front seats and the last one, with a smaller capacity, is under the front hood.

The measurements of the new Invicta Estrima Biró

The autonomy of the new Strima Biró from Invicta Electric

At the heart of the new Strima Biró is a fully electric propulsion system. At each of the rear wheels is a 48-volt brushless Bruishless type motor. The combined power is 4 kW (5 hp) and 58 Nm of maximum torque. Thanks to the Boost function it is possible to increase the power for a short period of time up to 6 kW (8 CV). The top speed is limited to 45 km/h.

Invicta Electric proposes two versions of the Strima Biró. One with fixed battery and one with removable battery. Let’s start with the model with the highest performance. The fixed battery version
It equips a 4.9 kWh lithium-ion battery. It is located under the passenger seat and thanks to it it has a range of up to 100 kilometers according to the old NEDC cycle.

In case you do not have a private charging point, there is a removable battery version 3.3 kWh capacity. A battery that, in this case, is located in the rear trunk and can be easily removed and mounted on a wheeled cart for transport home or to the workplace to carry out the recharging process. In this case, the autonomy is up to 55 kilometers.

The loading times
will vary depending on the battery. The model with the least autonomy needs 2.5 hours to complete the recharging process. A time that increases to 4 hours in the case of the fixed battery version and higher capacity. Charging is carried out through a conventional Schuko-type plug. By the way, both versions have regenerative braking.

Prices of the Invicta Strima Biró in Spain

Prices include brand discount. A price that is reduced by €1,000 if you choose to finance the purchase. In addition, this electric quadricycle can benefit from the aid of the MOVES III Plan. In the best of cases, the price of the Strima Biró can stay at €11,395 respectively.

The potential of electric aircraft: they will “rejuvenate” over the years