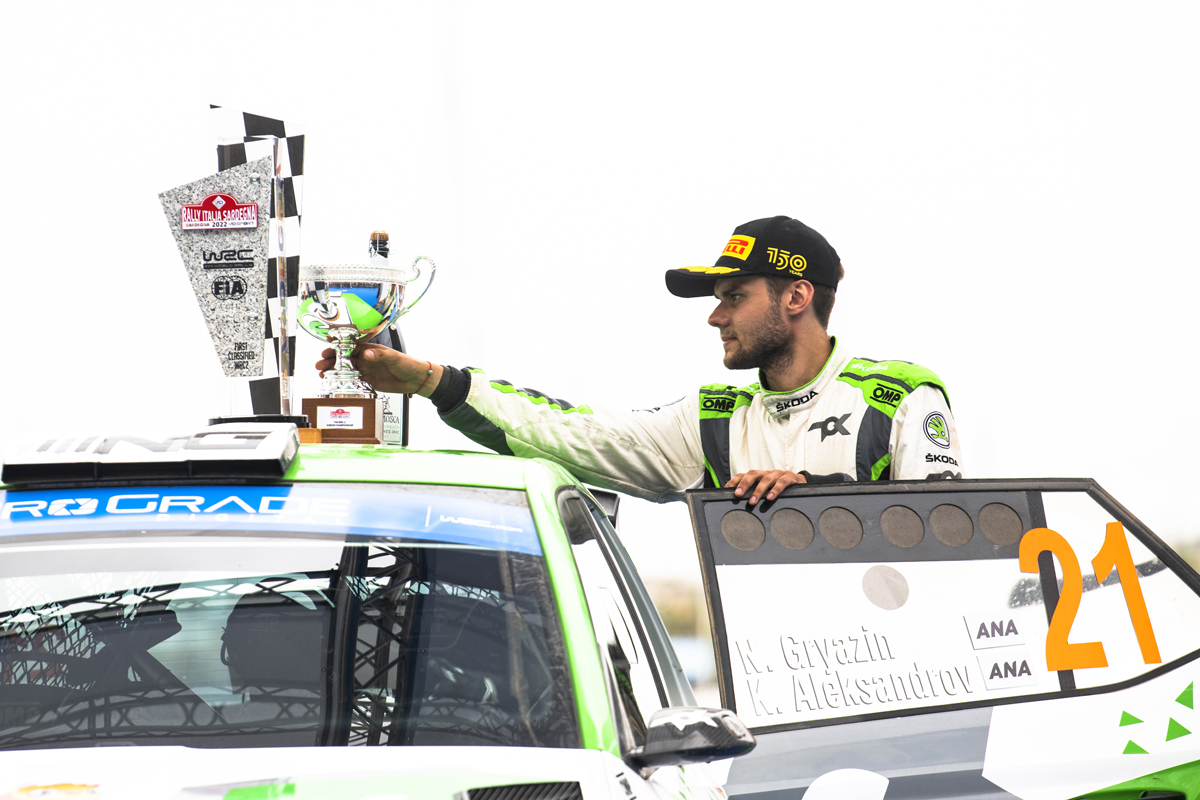 The Russian invasion of Ukraine has many geopolitical and economic implications.. In the world of motorsport, his influence is also noticeable. The FIA ​​events in Russia have been cancelled, while Russian athletes have been forced to put aside any symbol of their country of origin -flag, anthem or references to Russia-. In spite of everything, the Russian pilots have been able to compete under the flag of the FIA ​​​​or neutral athlete, just as Timur Boguslavskiy has done in the GT3 championships or Alexander Smolyar in the FIA ​​Formula 3.

in rally, Nikolay Gryazin has also competed normally during the first half of the season at the controls of one of the Toksport WRT Skoda Fabia Rally2 Evo. In fact, the Russian has been one of the protagonists of the WRC2 category of the World Championship in the first six rallies of the season, to the point of achieving a victory and a podium. With 52 points in the locker, Gryazin is 14 points behind the leaderalthough it is true that Gryazin has contested a total of five rallies for the three in which Kajetan Kajetanowicz has been present.

Nevertheless, Nikolay Gryazin will not contest Rally Estonia, seventh round of the World Rally Championship. Although Gryazin and his co-driver are competing under the ‘Authorized Neutral Athlete’ (ANA) banner in the World Rally Championship, the Estonian government’s decision not to allow Russian athletes to enter the country leaves the Muscovite with no options. The decision has also been supported by the organizers of Rally Estonia, forcing Nikolay Gryazin not to compete in the event which takes place between July 14 and 17.

The director of the Estonian Rally, Urmo Aavahas explained the situation and the context in which Nikolay Gryazin is left out of the test: «The Estonian Ministry of Internal Affairs prohibited Russian athletes from entering the country, which includes Russian crews. This measure has been taken together with the Minister of Culture. When they saw the entry list, they made this decision. Due to the Ukrainian War, they do not allow him to come. The government has the power to make these decisions and Russian crews will not come to Estonia».

With this resolution, Nikolay Gryazin and his co-driver Konstantin Aleksandrov will have to skip Rally Estonia, a situation that could also be repeated at Rally Finland. It should be remembered that after the outbreak of the war in Ukraine, AKK-Motorsport, as the authority in motor sports in Finland, determined that drivers and teams with Russian and Belarusian licenses cannot compete in any car competition in Finland, which could well affect Gryazin’s performance at round eight of the World Rally Championship.