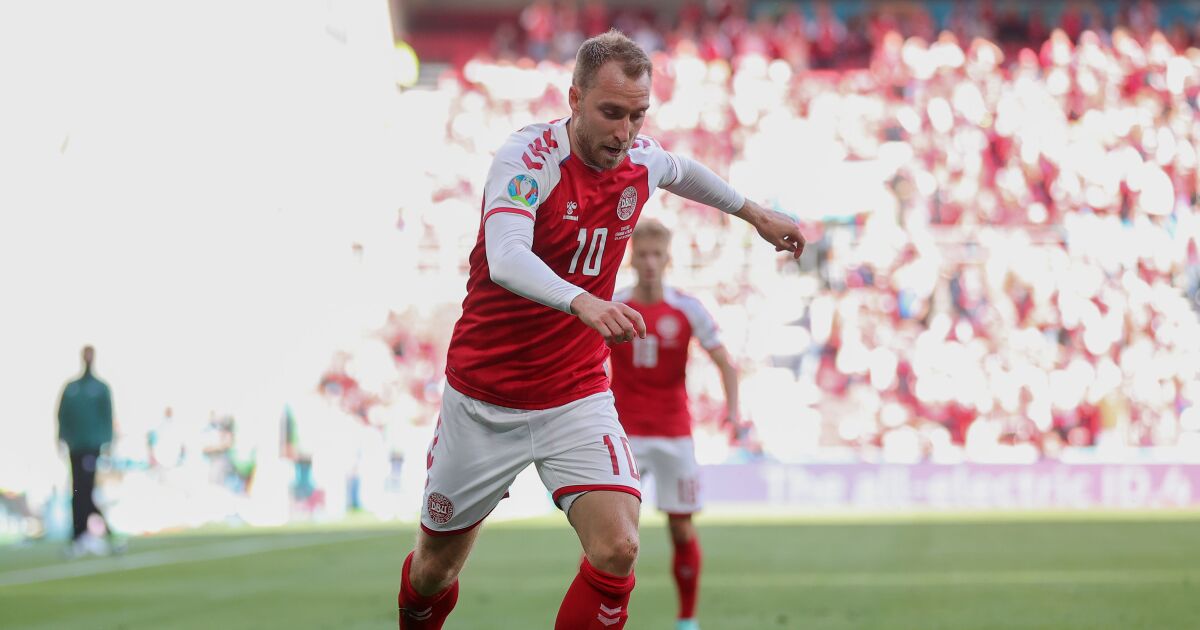 “My goal is to play the World Cup in Qatar. I can go back … later I need to be called up,” added the 29-year-old footballer, who in December broke his contract with Inter Milan by mutual agreement by not accepting the Italian authorities that a professional footballer can play with a pacemaker.

My goal is to play the World Cup in Qatar. I can go back … later I need to be summoned

The former Tottenham player suffered a cardiac arrest on June 12 in Copenhagen in the middle of a game with his team against Finland.

The intervention of the emergency services in the stadium, who applied a heart massage on the pitch, enabled the player to be revived after collapsing on the pitch.

The soccer player spent several days in the hospital and the doctors implanted a pacemaker.

The case caused a great commotion in Denmark, where he is an idol, and within the Danish team itself, which recovered from what happened and reached the semifinals of the tournament.

Eriksen has recently started training at the facilities of Odense, the club of his childhood, both physically and with the ball, Although club sources told the Danish newspaper BT that the footballer is not training with the professional team.

The decision to cancel E3 had been made before

How to get Treecko, Grovyle, Sceptile in Pokémon Shiny Diamond and Shining Pearl

CV would arrive this year, if Capcom doesn’t interfere