Ecuador.- The three crew members of the ‘narco-submarine’ intercepted in Galicia admit their guilt

By MartinDecember 13, 2021No Comments3 Mins Read 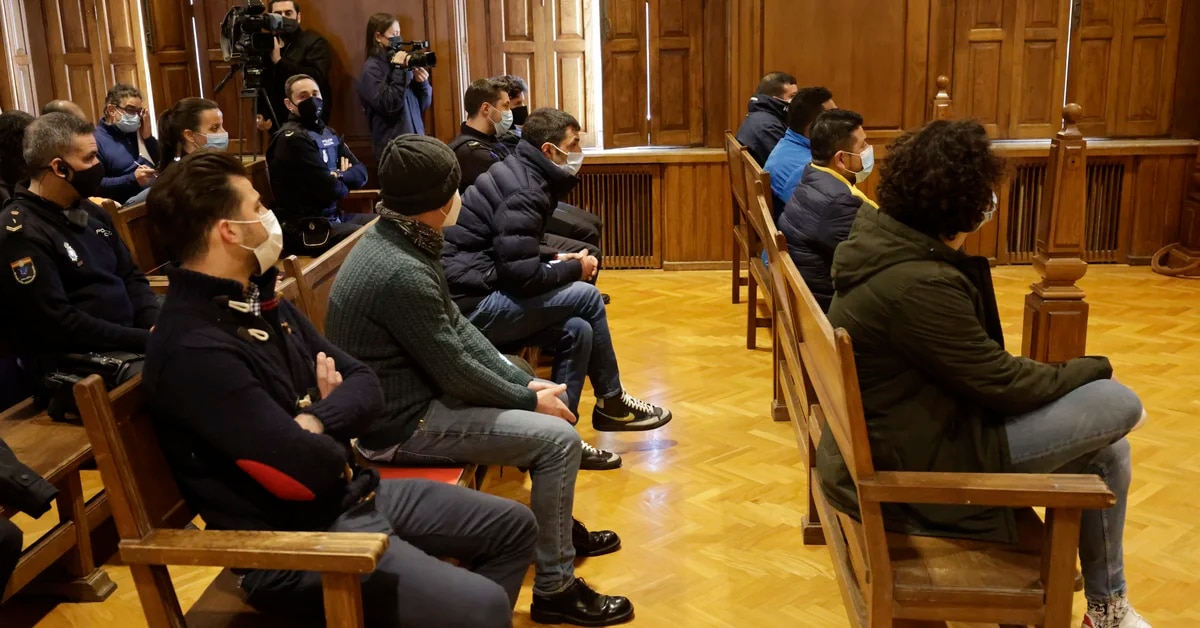 Share
Facebook Twitter LinkedIn Pinterest Email
12-13-2021 Several of the defendants on the bench during the trial to testify for the submarine that appeared in the Aldán estuary loaded with 3,000 kilos of cocaine, in the Second Section of the Provincial Court of Pontevedra, on December 13, 2021, in Pontevedra, Galicia, (Spain). The events date back to November 2019 when a narco-submarine loaded with drugs was found in the Aldán estuary, Cangas (Pontevedra). This first day of the trial is attended by the seven defendants who face a sentence of 13 and a half years in prison for a crime against public health. SOCIEDAD Beatriz Ciscar – Europa Press

The trial for the case of the ‘narco-submarine’ intercepted in Galicia in November 2019 with more than 3,000 kilos of cocaine on board has started this Monday in the Second Section of the Provincial Court of Pontevedra with three of the seven defendants admitting their guilt.

Specifically, the facts were confessed by Agustín Álvarez Martínez, from Vigo, skipper of this semi-submersible boat; and the Ecuadorians Luis Tomás Benítez Manzaba and Pedro Roberto Delgado Manzaba, the other two crew members. The three crew members were already in provisional prison since the end of 2019.

These three defendants have limited themselves to answering the questions of their lawyers and have refused to speak of the other implicated alleging “fear” for their “life” and that of their families.

As they have declared, the three are sorry for their participation in this drug trafficking operation that was due to economic reasons. Thus, Pedro Delgado has assured that he had “a two-year-old boy with cancer” and Luis Tomás has taken refuge in “the economic crisis” in his country.

Read:  Mariana Garza revealed what she did with her earnings from Timbiriche during her childhood and youth

For their part, the other four defendants have denied their participation in the events and have defended their innocence. The Prosecutor’s Office assures that they were the ones waiting for the drugs on the ground and coordinated the entire operation.

These four defendants are Iago Serantes from Vigo and his father, Enrique Carlos, as well as Rodrigo Hermida and Yago Rego. All of them are at large. The Prosecutor’s Office considers that Iago was the leader of the plot.

The Public Ministry requests thirteen and a half years in prison for a crime against public health and two fines of 300 million euros for the seven accused.

The defenses of the three defendants who have acknowledged their participation in the events, as explained by the lawyer Manuel Ferreiro, will now try to achieve a reduction in the sentence “so that the sentence is as low as possible” and that, in the case of the two irregular foreigners, that the fulfillment of the sentence in Spain is determined and a part that is replaced by expulsion from the country.