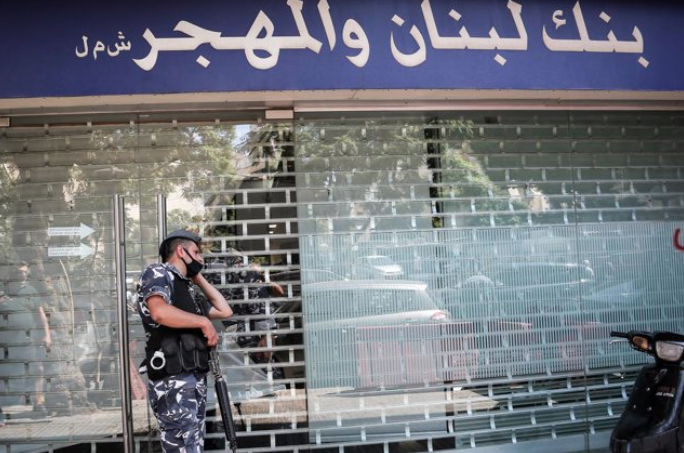 Currently, the world is going through a strong economic crisis, thanks to the Covid-19 pandemic and the war between Russia and Ukraine. Given this, in Lebanon, a total crisis is being experienced, where various bank robberies have been reported, and all this driven by economic problems.

According to world bank datal, the global economy could soon face a recession in 2023 due to to the monetary adjustment of the central banks and the increase in interest rates.

For its part, the International Monetary Fund (IMF) explained that in July, had revised down global growth to 3.2 percent in 2022 and 2.9 percent in 2023.

US inflation remained stubbornly high in August, with an increase in prices at an annual rate of 8.3 percent.

For its part, according to the expectations of the central bank, headline inflation in Mexico would have paused its rise in the first half of September, although it would continue to be well above the official target.

The news in Lebanon continues to flood social networks. It is reported that at least five banks have been robbed this Friday by customers trying to withdraw their savings, due to the growing liquidity crisis in Lebanon and after the drastic drop in the value of the local currency.

According to local media, assaults of this type have multiplied since August with physical attacks on bank employees.

It was revealed that this week, a client managed to withdraw $ 19,000 from his own account by threatening a full can of gasoline.

🇱🇧 Lebanon | A woman commits a bank robbery to demand her own money so she can pay for her sister’s cancer treatment.

The woman has become a hero in social networks, where bank accounts have been blocked for almost 3 years. pic.twitter.com/waVld626z7

Given these robberies, the Association of Lebanese Banks has decided to close all branches in the country for three days to avoid similar actions and some cases of violence towards employees.

Read:  The Bank of England struggles to calm the crisis in the bond market

“Faced with the attacks suffered by banks, all banking agencies in the country will close their doors and will focus for now on guaranteeing their services through ATMs for individuals and customer service for companies,” the organization explained.

Let us remember that, since 2019, entities have imposed harsh restrictions on the withdrawal of foreign currency in the face of the serious economic crisis in the country, which has in practice caused an impediment for many people to withdraw their savings, at a time when nearly three quarters of the population have fallen below the poverty line.

The economic crisis has led many brands, companies and people to take crazy measures around the world. Especially the brands that have changed their offers, promotions and even prices due to the rise in the economy.

As an example, the CFO of Costco, Richard Galanti, who reiterated that the low price on one of the favorite products of the brand’s consumers, and would be maintained despite strong inflation.

Consumers buy more private label products due to inflation, according to a study