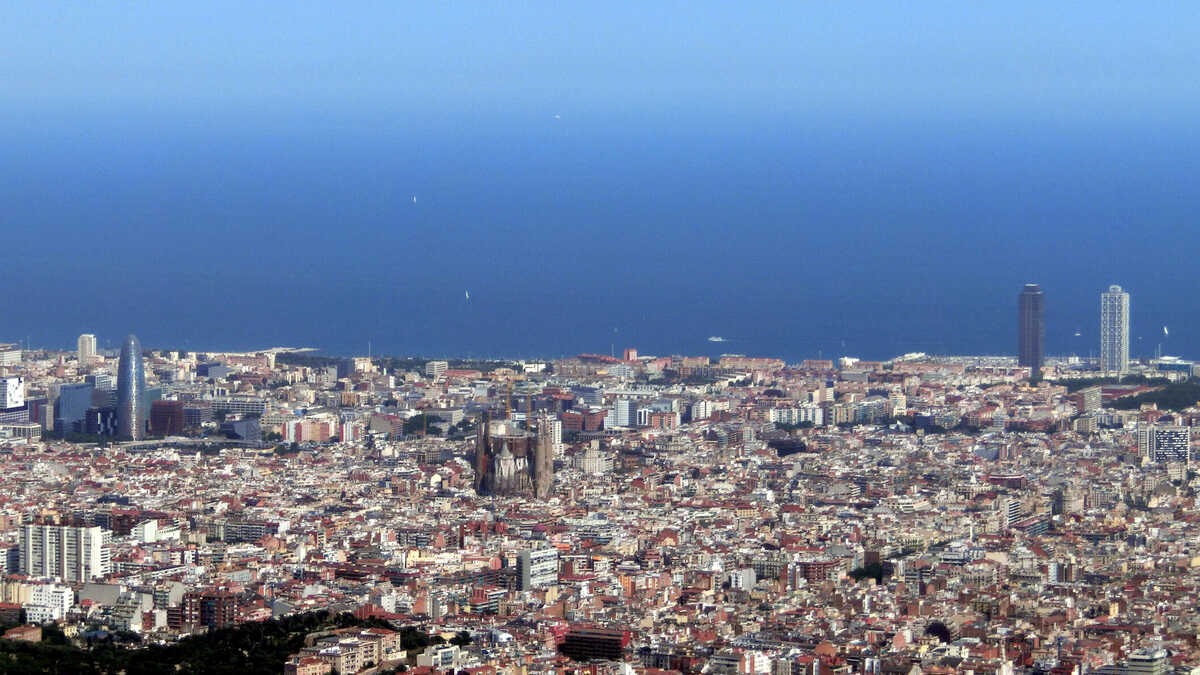 Inspired by the model of 19 cities in eight European countries, different groups associated under the Barcelona 22 brand have opened the melon of urban tolls in Spain. Its objective is the city of Barcelona and part of its outskirts.

One of the star measures of the current local government of Barcelona was to establish the Low Emissions Zone in the Metropolitan Area, leaving vehicles without a label out of circulation except in main rounds and exceptions. It was not in force for two years until the Superior Court of Justice of Catalonia (TSJC) annulled the measure.

This time the proposal comes from abroad and has been inspired by cities like London, Milan, Stockholm or Oslo, which charge to enter the city as a way to dissuade the use of private vehicles. In theory it is not to raise money, but also to encourage the use of public transport and promote healthier forms of transport.

The brand «Barcelona 22» brings together the Platform for the Quality of the Air, the Association for the Promotion of Public Transport, Ecologists in Action of Catalonia, Eixample Respira, the Bicycle Club of Catalonia, the Xarxa for Climate Justice, Catalonia Walks and the Associació de Prevenció d’ Traffic Accidents; they are environmentalists and social organizations.

The proposal is simple, use the existing camera system to collect an electronic toll to vehicles circulating in Barcelona, ​​although as always there would be exceptions. To begin with, there would be 10 days of grace throughout the year, which would have to be previously requested, as was the case with the ZBE knocked down by the Justice.

High occupancy vehicles (HOV) such as shared cars or buses, VTC and taxis or low-income workers who need to move to work would also be exempt. It would affect both residents of Barcelona and foreigners, and no, electric vehicles would not be exempt from the tax.

And that would not be all, because the proposal goes further: promote public transport, increase the space for bike lanes -if possible one-way- or eliminate urban highways. The platform believes that 370 million euros per year could be raisedof which 10% would go to public health.

In the short term, the improvement in public transport would affect buses, with possible improvements in Rodalies (Cercanías trains in Catalonia) coming last. The first reactions of the politicians responsible for the issue have been generally positive, although without going into detail because they do not have time to study the proposal in depth.

The Barcelona 22 platform believes that the measures will be unpopular for a while, until social support is won once they are executed, they say that this has been the case in European cities with similar systems. Implementing these measures would require making some legal changes and for the different administrations to collaborate with each other.

Part of the justification for this range of measures comes from an opinion poll by the Gabinet d’Estudis Socials i Opinió Pública (GESOP), where more than half – a simple majority, 51% – have been in favor of the implementation of a toll to discourage the use of private vehicles where there are good combinations of public transport.

As always, we will find discordant voices beyond the obvious. For example, we have James Casanas, mayor of Cunit and councilor in the Baix Penedès Regional Council. He wondered on Twitter if they can charge a 20 euro toll for vehicles from Barcelona that enter their region. This region is not so well connected with Barcelona.

It so happens that Catalonia is the region with one of the highest fiscal pressures for motorists, since to all the known taxes in the rest of the country, others must be added, such as the annual rate for CO2 emissions from 2020. The area of Barcelona is extremely saturated with vehicles in relation to its size, given the natural borders it has.

Any measure that limits individual mobility -as one wishes- will be unpopular and it is good that the proposal is studied to find room for improvement and that it improves coexistence between the inhabitants of cities and vehicles. It is also necessary to take into account aspects such as what per capita income do European city dwellers with similar experiences havethat that that other.

First and fun look at the gameplay of Skate 4, which has already announced its early access

Authorities in Argentina detect hardware overbilling to mine Bitcoin