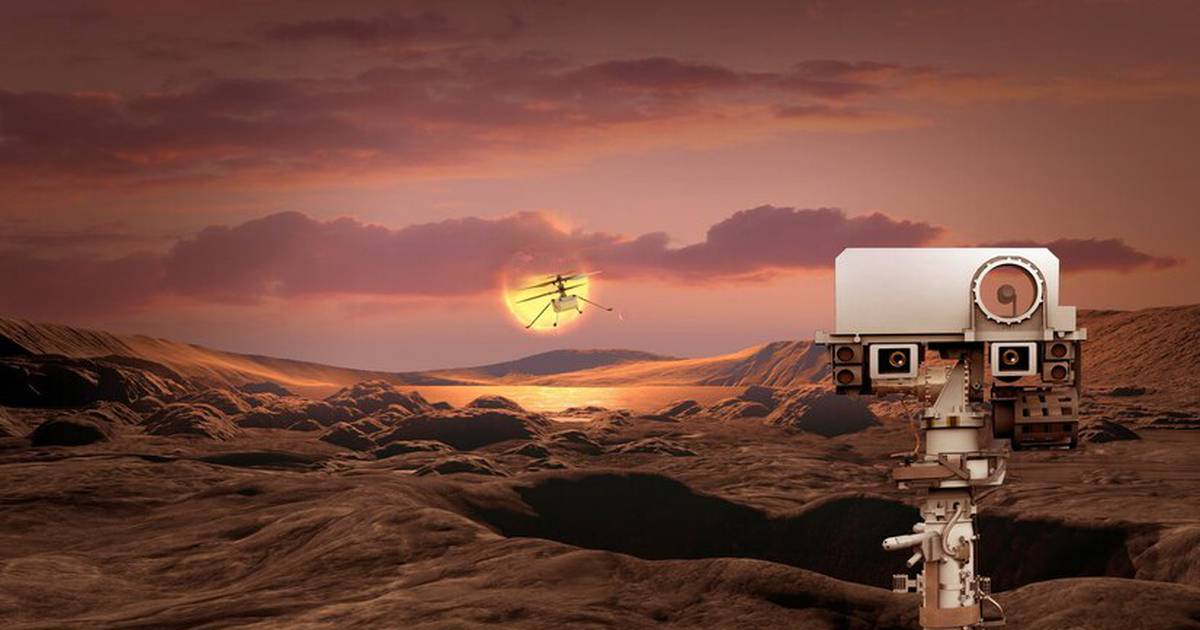 By the 2030s, the first samples taken directly from Mars will arrive on Earth. It is about Martian material from 40 different locations that will be used by the scientists of the NASA and ESA study the environment of the red planet and thus have more information to work on a manned mission to our neighboring world.

It is one of the several missions that it executes perseverance and its additional elements on Mars. However, little is said about the level of security that scientists are going to execute when those samples from the surface of the red planet return to our home.

Is it possible for a plague to break out on Earth? The percentage of probabilities, although very low, is not zero. Therefore, precautions must be taken so as not to cause a catastrophe that puts our lives in danger.

The old science fiction movies, the ones that talk about space and aliens, usually showed how a cellular organism got into the Earth ship and then developed on Earth, after his arrival.

In this way it was introduced into the bodies of humans and thus took over our world. Obviously this is not what NASA fears, but this is the exaggerated way of explaining what the US space agency is taking care of.

Those samples that are going to come in the immediate future will be subjected to different environments. It is necessary then, to analyze every detail about the components to prevent anything from escaping before NASA studies it. How will they do it? They’ll run security level Ebola.

Read:  This bionic arm allows you to feel touch by connecting to the brain

NASA precautions with samples from Mars

According to the aerospace agency, Perseverance will collect nearly 40 core samples in titanium tubes that will be hermetically sealed: 12 so far. the rover will deposit the samples to be taken by a second rover, under development by the European Space Agency.

And what will happen when they arrive? Here is the subject of concern, and the main forecast of the North American aerospace agency, together with its European counterpart.

NASA and ESA will develop a laboratory to receive and preserve the samples, but everything is still in the preparation phase. This biosafety level 4 laboratory would have a lower atmospheric pressure, so that any element floats away, and the samples would be handled with robotic arms.