By CooperSeptember 16, 2022No Comments3 Mins Read 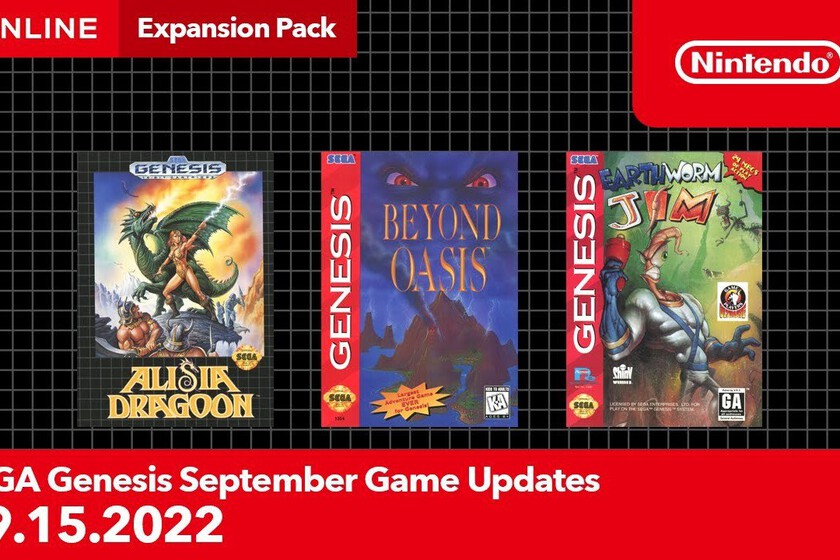 Without warning, three new titles of mega drive have just arrived on Switch via the Nintendo Switch Online Expansion Pack. Three classics like three suns, everything is said: the brand new Alisia Dragon, the essential adventure game The Story of Thor and, holding the bar in style, none other than Earthworm Jim. As we will see, authentic exponents of the glorious 16 bits of SEGA.

First things first: the three new SEGA desktop titles are now available on Nintendo Switch through the Mega Drive application itself and at no additional cost to that of the Expansion Pack. As soon as you will have them in sight and on the screen with the corresponding improvements that the relaunched classics of Nintendo Switch Online receive.

Yes ok The Story of Thor was already available on Switch through the SEGA Mega Drive Classics compilation, the other current alternative to play Alisia Dragon Today and in current systems, it is necessary to get a Mega Drive Mini. Earthworm Jim, for its part, it does much more than round off the proposal: in addition to being an action and platform game that achieved many milestones, it is complemented by an Earthworm Jim 2 for SNES that arrived last March.

Three titles, by the way, especially representative of the evolution of SEGA’s black beast as a system.

These three games are added to the Nintendo Switch Online Expansion Pack offering in all regions, including Japan, starting today, so you won’t find them separately in the eShop. They’re included in the service’s bonus bundle as part of its big claims alongside N64 classics (which are about to get a big boost) and expansions for Splatoon 2, Mario Kart 8 Deluxe, and Animal Crossing.

As an illustration, we can get 12 months of the Nintendo Switch Online Expansion Pack for an increasingly amortized 39.99 euros.

A pleasant surprise and a revalidation of the classics of a SEGA whose stage on 16-bit desktops not only does not lose steam but gains strength: the countdown to the launch of Mega Drive Mini 2 has begun, and despite regional differences , it is an absolutely irresistible whim. It will be time to play a few games with these three great games to liven up the wait.

Nintendo is right: the big N wins lawsuit against the drift of the Switch Joy-Con