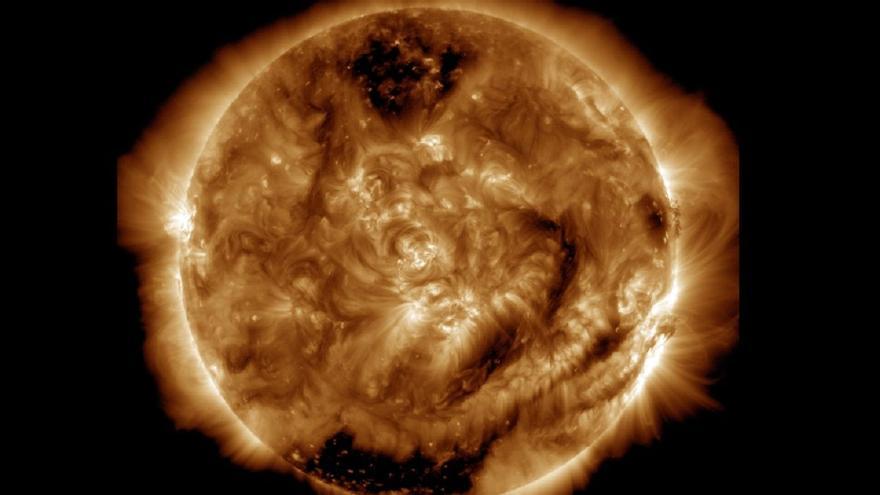 Extreme solar storms would not only occur in the cycles of the Sun’s greatest activity, but could also occur during the so-called Solar Minimum, a stage in which the sun’s sun reduces its activity. This is confirmed by the characteristics of a solar storm that occurred 9,200 years ago, recently discovered by analyzing ancient ice from polar regions.

A team of researchers from Lund University in Sweden discovered evidence of a extreme solar storm that occurred about 9,200 years ago, through the analysis of ice cores from Greenland and Antarctica. What puzzles scientists is that the storm took place during one of the calmest phases of the Sun, in which the Earth is supposedly not exposed to these events.

According to a press release, the finding could show that predicting this type of extreme solar storm is more complex than currently thought, and that the most intense ones could even occur suddenly. in periods of less solar activity. The new study has been recently published in the journal Nature Communications.

The solar energy it is a basic requirement for the development of life on Earth, therefore all living organisms depend, to a greater or lesser extent, on the light it emits. However, the Sun can also be enormously destructive: at certain times, the force of its emanations can generate geomagnetic storms.

A geomagnetic storm It is a temporary disturbance of the Earth’s magnetosphere, that is, the “magnetic shield & rdquor; It protects us from harmful solar emissions. If this shield does not act in time, due to the interaction between the Earth’s magnetic field and a solar wind shock wave or a coronal mass ejection, the extreme energetic emanations from the Sun reach our planet directly.

This puts the earth at risk in many different ways: massive power outages, solar radiation damage to satellites, threats to air traffic, or even the collapse of various communication systems, such as the mobile phone network or the Internet. In this way, advancing in systems that allow these extreme solar storms to be predicted has become extremely important.

Read:  How did Pegasus, the Israeli surveillance software, come about?

Apparently, the new research is not good news in this regard. Until now it was thought that the most intense solar storms took place only during the solar maximum, that is, the period within the 11-year solar cycles in which the Sun is most active, visible directly through sunspots. On the contrary, it was believed that at times of less activity this type of extreme storm could not materialize.

Now, Swedish scientists have found that large blocks of ice located in the polar regions allow “reading & rdquor; historical marks of a violent solar storm, which occurred 9 millennia ago. This storm was recorded during a Solar Minimum, and its strength places it as the most powerful over a long time strip.

How did specialists identify this storm by ancient ice? During solar storms, the Sun expels large amounts of energetic particles that can react with the Earth’s atmospheric components, producing so-called cosmogenic radionuclides. The concentration of these chemical compounds can be calculated by analyzing the ice, revealing the characteristics and intensity of a solar storm, as well as allowing it to be dated.

As the researchers indicate in their study, the evidence indicates that this class of extreme events can take place at times of declining solar activity, making it even more difficult to predict. Consequently, they argue that it is crucial to include solar storms in the risk assessments, analyzing its consequences for current technology and discovering how we can protect ourselves.