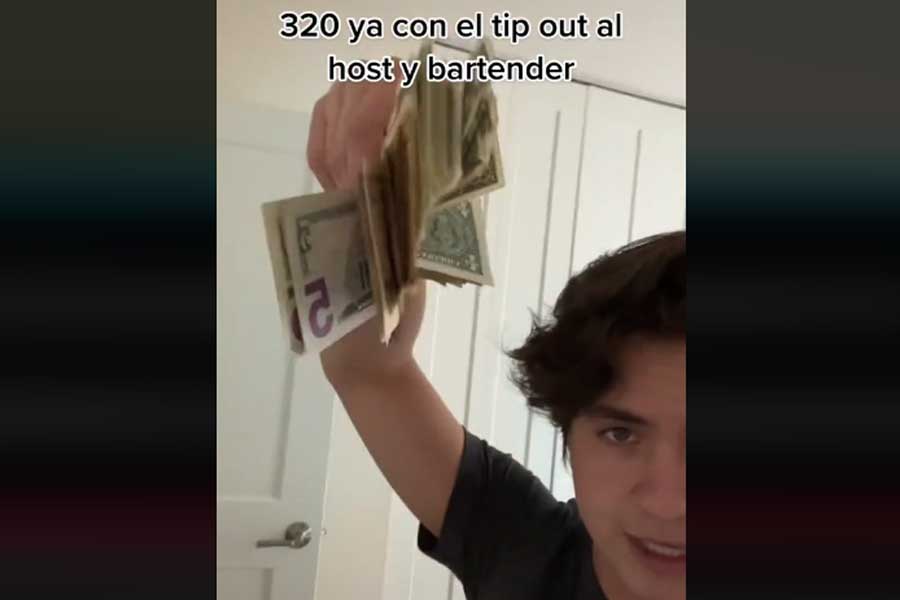 Have you ever wondered how much difference there is between the salary of a waiter in the United States and a waiter in Mexico? This user gives the answer.

What the Data Mexico portal is that, during the fourth quarter of 2021, the people employed in the work of Waiters were 527 thousandbeing a 10.6 percent higher than the third quarter of that year, which was 477 thousand people.

In the same period, an average salary of 4 thousand 100 thousand Mexican pesosregistering a drop of 3.83 percent compared to the third quarter of 2021, which averaged 4 thousand 200 pesos.

And if that was not enough, the Indeed job portalthrough a quick search, presents a majority of jobs with a salary of 5 thousand Mexican pesos. It is for this reason that it is considered that the real profit of the waiters is given through the tips left by the diners.

“Earn in dollars but spend in dollars”, waiter shares salary in the US and this happens

A user of the TikTok social network He shared a video in which he shows what a normal day is like working as a waiter in the United States.

The video has reached more than a million views and has been heavily criticized by a section of the comments.

Read:  The story of the nomadic nurses who earn 19,000 euros a month

The user shows the tickets for each tip and adds them up throughout the day, progressively. At the end of the video he questions his co-workers about how much money they got. One of them mentions having won $230 all daywhile the second responds that he got $136.

On the other hand, the user indicated having achieved 320 thanks to a tip he learned from a viral video of some TikTok Hooters waitresses.

Despite the fact that the content of this video, apparently harmless, the position of the user was quite criticized, as some considered that, although you earn much more as a waiter in the United States than in some other countries, the costs are different, because there “earned in dollars and spent in dollars“.

Likewise, one of the most criticized comments was one in which the content creator was read to answer an Internet user “this is your signal for you to leave Mexico“, after he told him that 320 dollars is a week’s salary in Mexico.

These were some of the comments about the user statements:

“This guy is letting people believe that a waiter can make that much money. The truth is that it is a job that kills you mentally and physically”, HM7

“6 thousand 300 Mexican pesos is a month’s salary for a professional in Mexico”, I nurtured Manuel

What do you think of these statements?

They accuse Nestlé of interfering with the labeling of their products