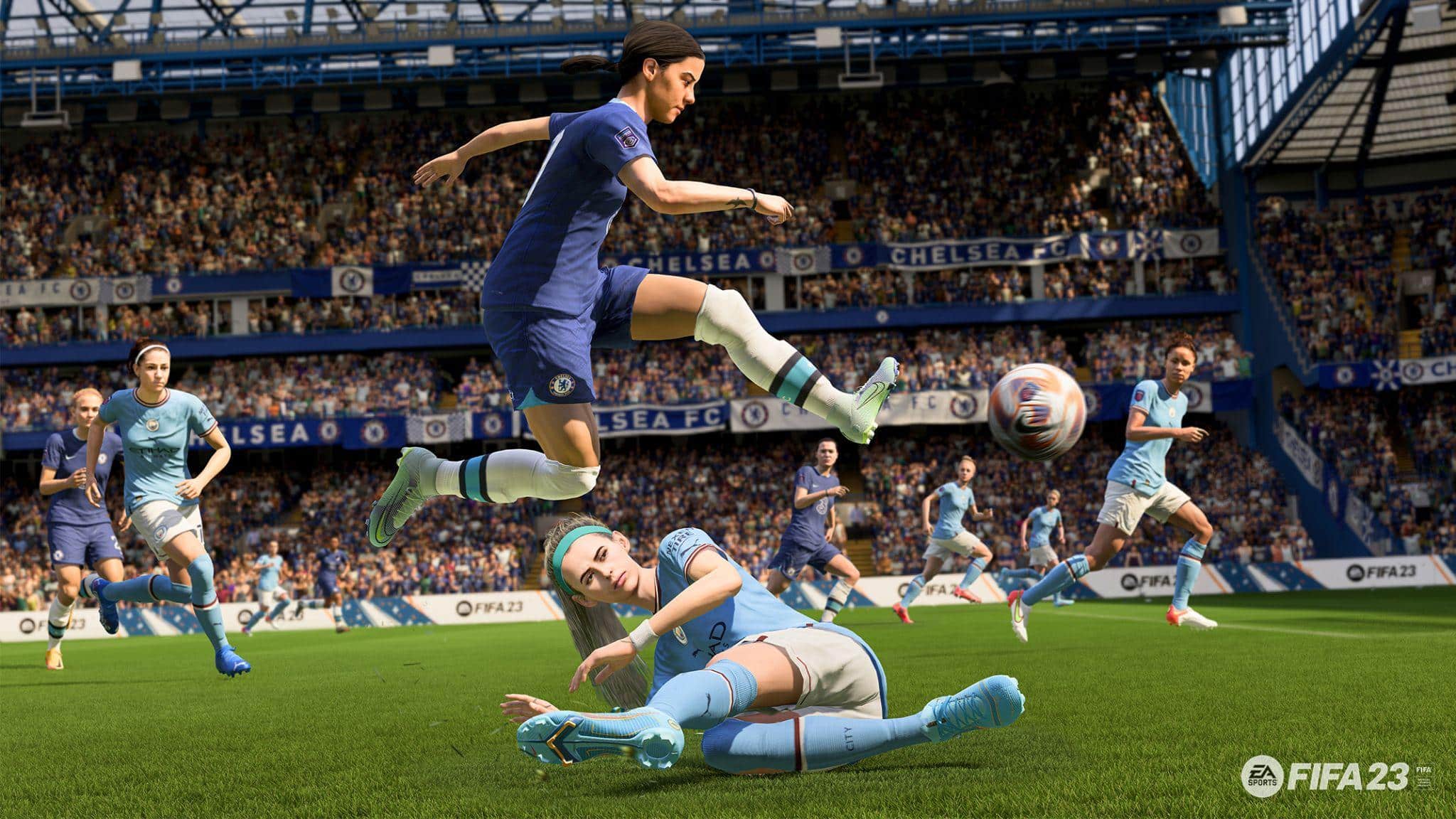 Last September, the latest installment by Electronic Arts of FIFA, the most famous soccer simulator, was launched. Today EA SPORTS™ celebrates the launch of FIFA 23 and its player record, which is much higher than expected. Electronic Arts has celebrated a record launch of EA SPORTS™ FIFA 23 with over 10.3 million of players in the first week, which is the longest launch period in the history of the EA SPORTS FIFA franchise.

‘The response from our fans has been nothing short of incredible, and we’re thrilled that our community is playing their favorite players and teams through FIFA 23 in record numbers.‘ said Nick Wlodyka, SVP, GM of EA SPORTS FC. ‘With the Men’s and Women’s World Cups, and exciting updates to our in-game women’s club soccer content yet to come, we’re only starting to provide players with the most authentic and immersive experience yet.‘.

More than With 300 partners, 19,000 players, 700 teams, 100 stadiums and 30 leagues from around the world, EA SPORTS FIFA 23 is the only place where fans can play on the world’s biggest stage.both in the men’s and women’s FIFA World Cup™* tournaments, as well as in the emblematic UEFA Champions League, UEFA Europa League, UEFA Europa Conference League, CONMEBOL Libertadores, CONMEBOL Sudamericana, Premier League, LaLiga Santander, Bundesliga, Ligue 1 and Serie A, all in one game.

EA SPORTS also recently partnered with one of the world’s biggest entertainment brands in Marvel to bring iconic soccer heroes to the pitch in FIFA 23 Ultimate Team™. In recognition of their memorable careers for club and national team, each FIFA World Cup™ FUT hero will receive a special illustrated FUT item at launch of the Worlds game mode. AFC Richmond and everyone’s favorite mustachioed coach, ted lassoare also playable in FIFA 23, as the Greyhounds join Wrexham AFC in the Rest of the World clubs section within the game.

Read:  Deliver Us Mars will finally launch in February 2023