Among the biggest attractions of the Redmi Note 8 Pro are its rear camera. A combination of four cameras that promise to offer unparalleled photographic quality thanks to its main sensor of no less than 64MP.

Even so, the results do not seem to be as good as one would expect, showing once again that not everything is megapixels and that a good sensor really matters more than the final resolution or the total number of cameras. This is demonstrated by DxOMark who today has published his analysis of the successful Redmi Note 8 Pro.

For those who are not familiar, DxOMark is a website formed by a French research team, where the cameras of a large number of smartphones are analyzed, under extensive photographic tests.

Today, as we had already been anticipated, DxOMark has published its new analysis of the Redmi Note 8 Pro resulting in a total score of 84 points. If we look at the ranking published on its website, the Xiaomi sub-brand device obtains a score at the height of other terminals such as the Black Shark 2 or the Samsung Galaxy A50, but well below others such as the POCOPHONE F1 or the Xiaomi Mi Note 3.

In detail, the Redmi Note 8 Pro obtains a score of 87 points in the photographic section, its strong points being its autofocus, the bokeh effect and its exposure levels. On the other hand, even with such a high-resolution sensor, the images taken with this device have a low level of detail if we zoom in on them.

In addition, the DxOMark team adds that even with a wide-angle camera with a good field of view, it lacks a fully dynamic range making the level of detail quite low.

To the queue in video recording

On the other hand, at the video level, the Redmi Note 8 Pro obtains a score of 78 points thus positioning itself almost at the tail of the DxOmark video ranking. Specifically, videos recorded with this device are quite decent in high light conditions, but instead, in low light scenes, they show a poorly defined white balance and a fairly unstable exposure level. 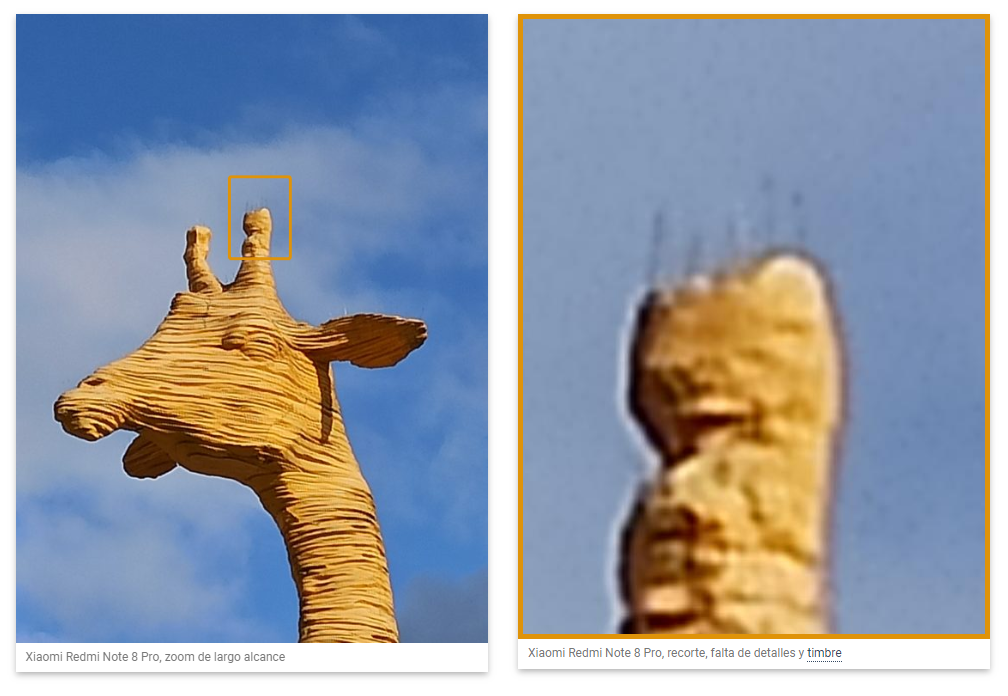 In addition, although your camera is capable of recording at 4K, the results show a fairly low level of detail along with fairly visible noise in low light conditions.

In summary and despite its numerous negative reviews, DxOMark points out that for the price range where the Redmi Note 8 Pro moves, it performs a fairly decent photographic work. And it should not be forgotten that we are facing a terminal that does not exceed just the 200-250 euros, so we should not compare it with other high-end devices, but rather those of its own type, that is, mid-range.

How to detect fake profiles on social networks?