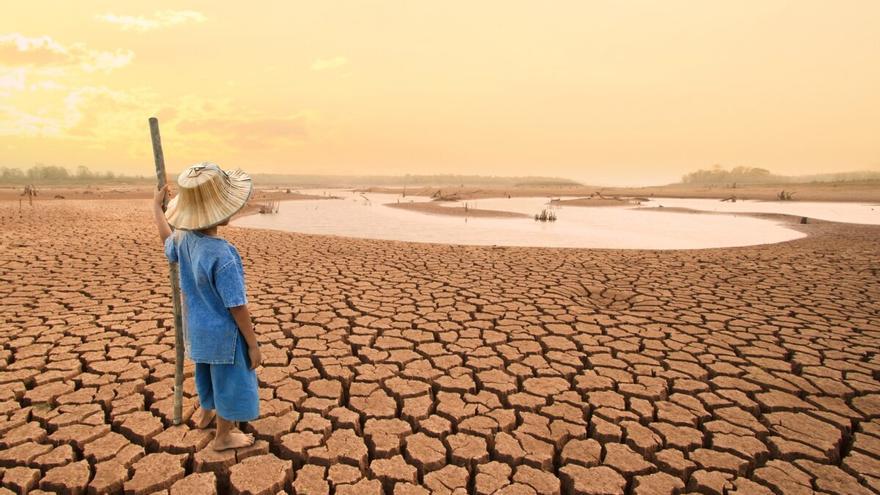 The climate crisis is causing serious impacts on the drinking water resources available on the planet. A new report shows that one in two people on planet Earth may have insufficient access to water, at least one month a year, between now and 2050. The situation (which in the long run threatens to turn water into a new oil) It is already clearly seen in Asia or Africa, but it is also beginning to be seen in traditionally water-supplying areas.

A new global crisis is looming and it concerns access to water resources and the dangers posed by the intensification of natural disasters due to climate change, as the World Meteorological Organization (WMO) has warned when presenting its report on the state of climate services in 2021 related to water, last week.

Science points out that the number of people affected by the so-called “water stress & rdquor; o Difficulty in having access to water will increase considerably due to population growth and because there will be fewer and fewer water resources to exploit.

According to the figures cited in the report, 3.6 billion people had inadequate access to water at least one month a year in 2018 and this number is projected to exceed 5 billion by 2050. That number will make up about half of the Earth’s population by then.

It is in this context that the WMO has found that the world is not prepared to face this situation, because the management, surveillance, prediction and early warning systems of risks associated with water do not exist or are inadequate in 60% of the 187 member states of the United Nations scientific body.

“The increase in temperatures is generating changes in precipitation at a global and regional level, which has led to variations in the distribution of rainfall and in agricultural seasons, which have an impact on food security, health and well-being of human beings & rdquor ;, commented in the presentation of the report, the Secretary General of the WMO, Petteri Taalas.

The agency notes that in 2020 there were several extreme water events, such as heavy rains that caused massive floods in Japan, China, Indonesia, Nepal, Pakistan and India, leaving many dead and pushing millions of people into forced displacement.

In Europe there were also major floods that caused human and material losses.

But while these extreme rainfalls occur, the decrease in continental water deposits (the sum of all the water found on the earth’s surface and below it) is progressing. This reduction is equivalent to one centimeter less per year in the last two decades, a phenomenon notorious in glaciers, mountain snow, in Antarctica and Greenland.

However, the report adds, many densely populated places in lower latitudes are experiencing significant water losses in areas that have traditionally been sources of water supply, with significant consequences for water security.

The situation is serious if one considers that only 0.5% of the planet’s water resources are available and usable fresh water.

Taalas emphasized that this situation “will continue in the next centuries and not only in the next years or decades, due to the high levels of carbon dioxide & rdquor; in the atmosphere and the negative effect this will have on climate change.

On the other hand, the report indicates that in the last 20 years the frequency of hydrological hazards has increased.

Since 2000, there has been a 134% increase in flood-related disasters compared to the previous two decades, although the majority of deaths and economic damage have occurred in Asia.

The number of droughts and their duration also increased by 29% in the same period and, in this case, the human cost of this phenomenon was higher in Africa.

The report makes strategic recommendations for policy makers to improve the implementation and effectiveness of climate services for water around the world:

Four.Improve interaction between stakeholders at the national level to design and operationalize climate services together with information users to better support adaptation in the water sector. There is also a pressing need to optimize the monitoring and evaluation of socio-economic benefits, which will help to expose best practices.

6.Join the Coalition for Water and Climate. WMO has organized this coalition in response to the need to achieve integrated policy advances and promote optimized practical solutions. The coalition supports countries to improve water resources assessment, as well as forecasting and forecasting services for water.

It may interest you: The uncertain future of water and why it has started trading on Wall Street