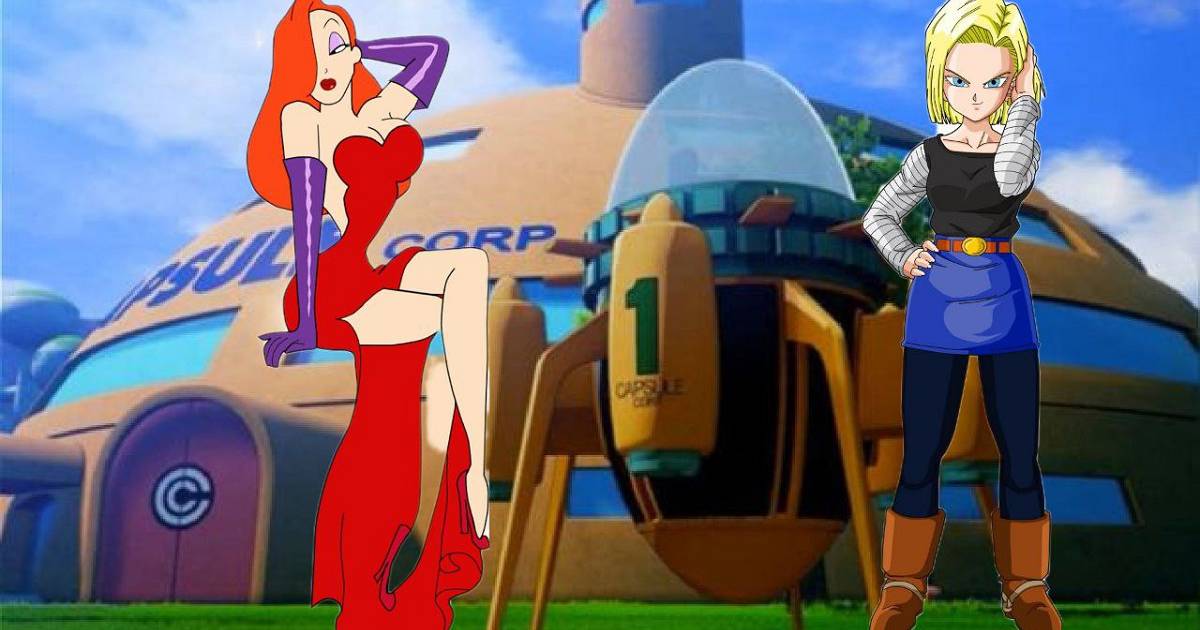 The initiative to make cosplays of any of the arcs of dragonball does not stop. However, performers of this type of work seem to be running out of characters. Goku, Vegeta, Gohan, Piccolo, Goten, Frieza, Bulma, Maron, Milk and anyone they can think of already has a cosplayer who made them.

If we do a quick analysis, going to our (good) memory, there should be no Dragon Ball character without a cosplay. Even Mr. Popo has an interpretation made by a fan service representative.

But that does not seem to be a problem for the model that we are going to present below. The creativity of doing something new made him imagine what a combination of a Dragon Ball Z character with a member of other stories would look like.

That’s how he came up with this combination of Roger Rabbit’s couple, Jessica and Krillin’s wife, Android Number 18. It is perhaps the most unusual fusion we have come across on the Internet, thanks to a review by GeekMy.

How to make a combination of these two women? The personalities are completely opposite, so it was a challenge for the cosplayer identified in networks as @Jane_SG66.

First of all, he started to design in a FanArt what he wanted to do. In this way, he went to different virtual stores to buy what he needed (he asked his fans for some financial support).

Jane kept up the Jessica Rabbit sexiness with her typical dress, heels and makeup. And to give her the Number 18 touch, although she kept her red hair, she made it short like the Red Patrol Android’s.

Read:  Get more out of your Raspberry Pi with this new version of its distro