By NicolasSeptember 26, 2022No Comments2 Mins Read 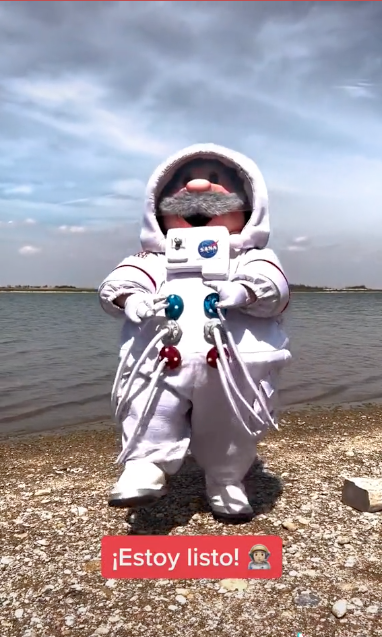 Dr Simi’s stuffed animal arrived in space dressed as an astronaut and with his famous white coat. The official Tiktok account of Dr Simi shared a video in which we can see the most famous botarga in Mexico that is on the street of the Milky Way when he begins to see the signs that tell him that he must go to space.

In the video we can appreciate the signs that “fate” is putting in front of the character until he decides to send one of the stuffed clones into space. The Dr Simi stuffed animals that went into space arrived using a balloon from the Mexican company AXPACE who, together with Farmacias Similares, made the decision to take this new Mexican symbol to the top of the planet.

One of the last scandals that there was was the arrival of a Dr. Simi stuffed animal on stage during the concert of the British artist, Dua Lipa in Mexico City and how the artist rejected the doll by kicking it off the stage, however , the doll was released again during its presentation in Monterrey and this time the doll was not only accepted, Dua Lipa sang to the stuffed animal.

Dr Simi in the fight of “El Canelo”

In addition, another one of Dr. Simi’s stuffed animals reached the ring where the Mexican boxer, Saúl Álvarez, better known as “El Canelo”, fought. This Dr Simi stuffed animal arrived dressed as a boxer and although he was not thrown into the fighting ring, his presence was recorded on the character’s official TikTok account.

Read:  NASA finds planet the size of the Earth and in habitable zone