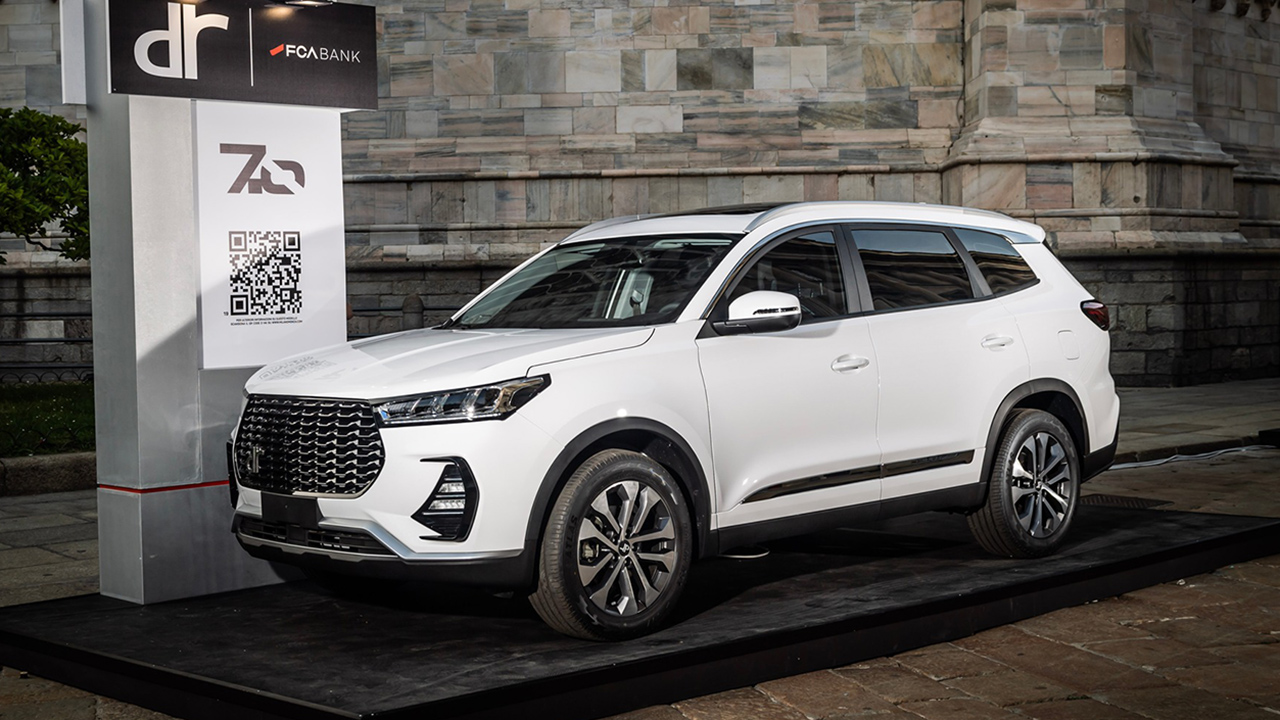 DR Automobiles has presented in society its new and very interesting SUV. The DR 7.0 has burst onto the scene with the aim of positioning itself as the biggest SUV of the young Italian brand. A model that is characterized, among other things, by having seven seats.

The product offensive DR Automobiles has launched continues to bear fruit. This young Italian car brand has unveiled a large number of novelties in a short space of time. In addition to the new DR 3.0 and DR 6.0, there is now a very interesting large SUV that is called to play a leading role in the growing range. The new DR 7.0 has burst onto the scene.

As its name indicates, this is a new SUV that is positioned in the DR range one step above the indicated 6.0. It is an SUV that deals in segment D and has an interior of seven seats. We are before the first SUV with three rows of seats marketed by the brand. Measure 4.72 meters long, so it is the largest SUV of DR Automobiles. In addition, it boasts of design, technological equipment and mechanical section. Let’s go into detail.

The new DR 7.0 is a quickly recognizable model. The exterior is based on the new design language that DR Automobiles is applying to all of its latest releases. The aesthetic relationship with DR 6.0 obvious. At the front, the huge grill stands out. A grill that connects with some stylized optical groups. Also worth noting is the bumper with a prominent plastic bumper.

The side view brings out your SUV essence. The underbody is protected by plastic bumpers. A feature that is combined with roof rails and a remarkable ground clearance. Finishing our tour of the exterior at the rear are physically connected horizontal taillights to enhance the feeling of width.

Another of the main keys of this model is its extensive endowment. A standard equipment
which, according to DR Automobiles, makes it a “flagship.” The brand itself highlights the eco-leather upholstery, the electrically opening sunroof, the automatic climate control, the infotainment system with a 12.3-inch touch screen, the 360º vision camera, the 18-inch alloy wheels and the Android Auto and Apple CarPlay compatibility.

Read:  The bargain of small cheap SUVs is in Citroën and boasts of equipment

Regarding the mechanical section there are no big surprises. DR Automobiles has followed the same line as with the rest of its models. Under the hood of the new DR 7.0 is a 1.5-liter turbocharged petrol engine which develops a power of 160 hp. The engine is associated with a automatic gearbox DCT six-speed and a front-wheel drive system.

This motorization allows the DR 7.0 to achieve a top speed of 190km/h. In addition, it is possible to adapt the operation of the powertrain through a driving mode selector (ECO and Sport). Depending on the selected mode, priority will be given to efficiency or, on the contrary, to performance and performance. By the way, the company has not indicated it but we must assume that there will be a bifuel version
of said engine adapted to LPG (Liquefied Petroleum Gas).

The firm places special emphasis on the fact that the DR 7.0 has a MacPherson strut front suspension while the rear suspension opts for a multi-link system with an anti-roll stabilizer bar. It is a determining factor since the suspension directly affects the set-up and dynamic behavior.

Release date and prices of the new DR 7.0

When will it hit the market? DR Automobiles has confirmed that the new DR 7.0 will be available next September. At the moment it is unknown what its price will be. Initially it will be sold in Italy and, predictably, it will be introduced later in the rest of the markets where the brand is present. Among them is Spain. Nor has it been confirmed what its price will be, although it is logical that it exceeds the €28,900 that the DR 6.0 costs at Italian dealers.