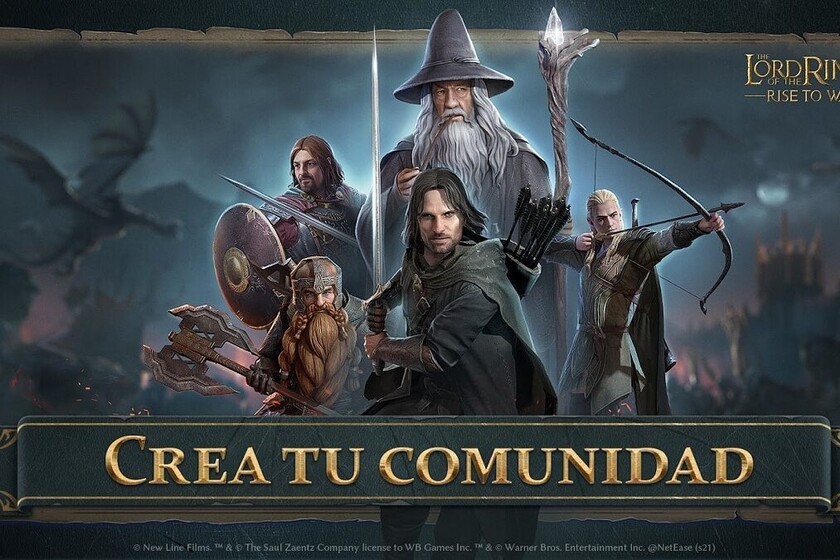 Paraphrasing Gandalf, a game is never late, Bilbo Baggins, he arrives just when he sets his mind to it. Although this time it has arrived even earlier than expected because ‘The Lord of the Rings: let the battle begin ‘, known in English as ‘Lord of the Rings: Rise to War’, has set foot on moving terrain a day ahead of schedule. And in addition, it has stepped on the territory Android before the iPhone.

The game, built by NetEase, the developer that carries on its shoulders with the future release of ‘Diablo Immortal’, had its arrival scheduled for September 23 but in the end everything has been 24 hours ahead. ‘The Lord of the Rings: Let the battle begin’ is now available on Android and you can download it right now.

Index hide
1 Charge against evil as seneschal of Middle-earth
2 The Lord of the Rings: let the battle begin

Charge against evil as seneschal of Middle-earth

During the games we must fight in one of the factions of light or the good that we choose throughout the season. At the end of the game, the faction that has managed to defeat the four evil factions present in the game will be able to rise to the final glory after occupying Dol Guldur. We will be, as the official information of the game indicates, a seneschal of Middle-earth with the mission of expelling evil from them.

Read:  The Samsung Galaxy S22 will base its design on the iPhone 13

The game is about strategy and we will have to conquer territories while we advance with our army. On paper, the structure is similar to what we can enjoy in Risk, with advancement through certain areas while we are making the enemy army retreat and shrink. In addition to battles we can also grow our armies and develop our settlements through the capture of resources and others.

Although the launch date was set for September 23 on both iPhone and Android, in the latter system we can already download ‘The Lord of the Rings: Let the battle begin’ from today. The game is a free-to-play free access and with purchases inside. You can download it now from the Google Play Store, we leave you the links below. The Lord of the Rings: let the battle begin