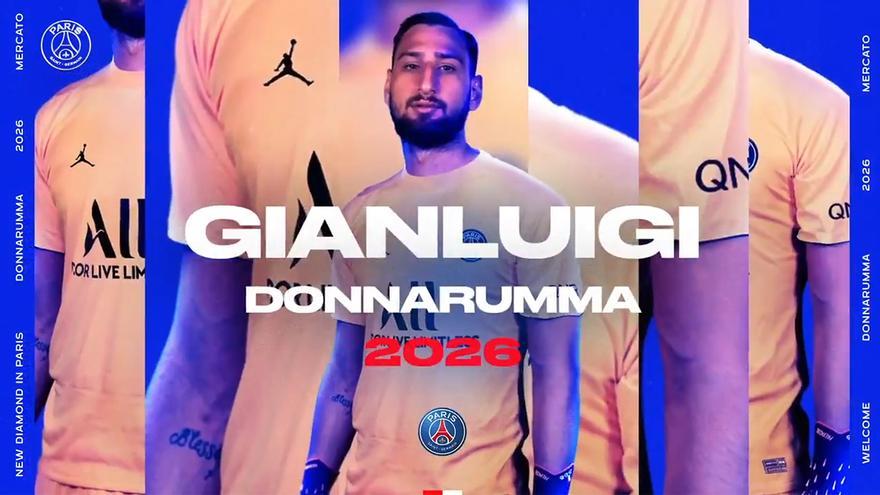 Gigio Donnaruma has already performed at the Ooredoo Center, the Paris Saint Germain facilities, to have the first contact with those who will be his teammates. The goalkeeper, chosen as the best of the Eurocup, must compete with Keylor Navas for the starting goal.

The Italian arrived free from AC Milan after leaving the club with a letter of freedom and signed in the French capital until 2026. He is listed as the fourth signing of the club after having already announced Wijnaldum, Achraf Hakimi and Sergio Ramos. And it will debut in the French competition next season, where the objective is to reach the leadership and the long-awaited Champions League, a title that has resisted in recent attempts and that still does not shine in PSG’s record.

The arrival of the goalkeeper is a signing of guarantees to take a step forward and compete at the highest level. However, its incorporation it was not to the liking of Keylor Navas, that he will once again experience a competition like the one he had at Real Madrid and that Pochettino considers necessary to achieve the goals set: “We need to have 22 competitive players, not just eleven. Players who are at the same level to be able to win all the competitions“, sentenced the technician.