Bullfrag
Home Entertainment Fashion Doña Letizia remembers her time as a student in a speech where... 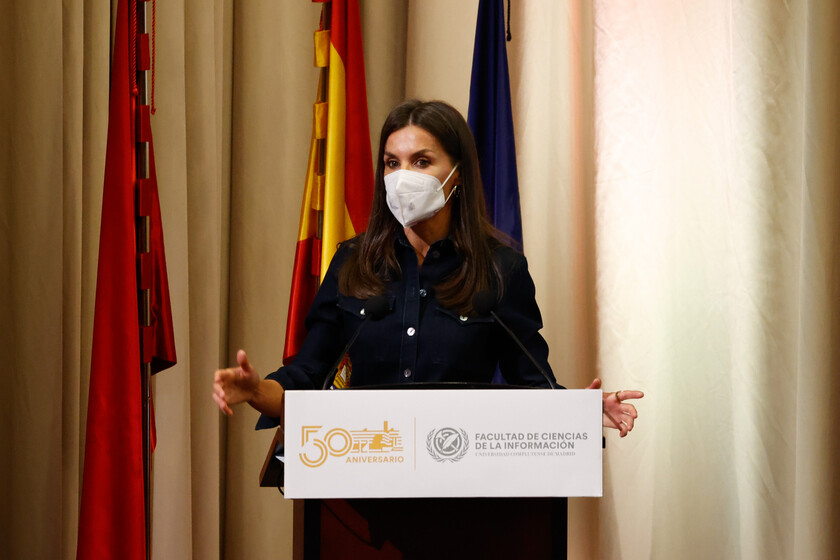 Queen Letizia attended yesterday the commemorative act of the “50th anniversary of the creation of the Faculty of Information Sciences” of the Complutense University of Madrid (UCM), the school where she studied in the 1990s. occasion, she wore a beautiful Hugo Boss dress, but now we do not stop to analyze her look, but we want to talk about the emotional speech that he gave us.

Doña Letizia, who celebrates her 49th birthday today, September 15, gave us a few words when she received the recognition as ‘Honor Student’. Far from the extreme formality of other speeches, Doña Letizia She was natural and close when she remembered her years at the university.

Among various anecdotes and a lot of sense of humor, the queen recalled a funny story that shows that the tenacity of her character comes from afar. “I’m not going to bore you or get intense with comics from that time, but I remember in a class, I don’t know if it was fourth or fifth, there was a professor of those brilliants, and in the middle of the class the man, a little fed up, he said aloud to me, almost shouting: “Ortiz, look at Ortiz, I don’t know what will become of his life, but of course heavy, -he meant questions, curiosity- there is no rival“.

In addition, Doña Letizia has made reference to the excellence of her teachers and the worth of those colleagues with whom she shared the classroom. He was also joking about the “most important” place for students: the cafeteria. “Coming every day for five years in the nineties to this faculty leaves a mark, those of you who have gone through the same thing know what I am talking about (…) I learned many more things of course, in classrooms and outside of classrooms. What am I going to tell you about the cafeteria? “He commented between subtle laughter.

READ:  A pair of hoop earrings is all we need to spice up any outfit

Finally, the queen recalled the day she received her admission to the faculty: “If you think about it, it seems from another century, but it is from another century, that the faculty turns 50, and I am about to, as you know, well, as all of Spain knows, “he added with a funny tone. Close and happy, Doña Letizia has once again demonstrated her charisma and naturalness when the occasion calls for it.

LBP servers on PS3 and PS Vita come to an end