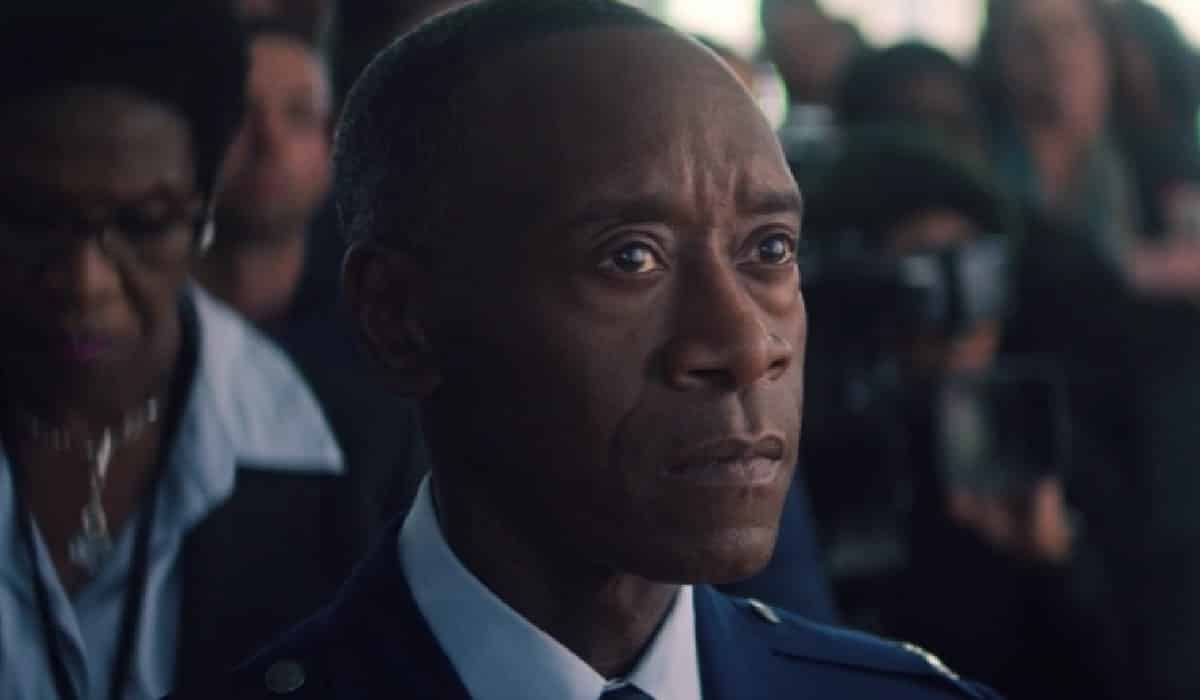 Facebook
Twitter
Pinterest
WhatsApp
Index hide
1 The nominees for the 2021 Emmys were announced on Tuesday. One of them is Don Cheadle, who doesn’t understand much why he was nominated.
1.1 Do not understand the reason

The nominees for the 2021 Emmys were announced on Tuesday. One of them is Don Cheadle, who doesn’t understand much why he was nominated.

As every time the nominees for the 2021 Emmys are announced, it is possible that a scandal will be generated in the networks. Last Tuesday the titles and interpreters who are candidates to carry the important award were announced, and within the list we can find Don Cheadle. The actor had a fairly short cameo in The Falcon and the Winter Soldier, and for that he was nominated.

In The Falcon and the Winter Soldier, Don Cheadle played James Rhodes in the first chapter of the Marvel and Disney + series. The truth is that his participation lasted so little, that practically his appearance in fiction is considered a cameo. However, the 2021 Emmys thought it was enough for the actor to be nominated in the Best Guest Actor category. The truth is that during the three minutes that his participation in the series lasted, both the fans and the actor felt that he was not worthy of a nomination.

Do not understand the reason

Shortly after the 2021 Emmys categories were announced, Don Cheadle wrote the following message on Twitter: “Thanks to those who wish me well. Sorry to the haters. According to the disbelievers. I do not understand it either. Peeeeero here we go … “. His case is very similar to that of Claire foy, which has been nominated again for The Crown, also for a rather small cameo in a flashback from last season.

thanks, well wishers. sorry, haters. agreed, 🤷🏿‍♂️ers. i don’t really get it either. buuuuuuuuuut on we go …

The truth is that Marvel is going strong at the 2021 Emmys. The studio got 23 nominations from WandaVision. The series opts for best miniseries and best actress and leading actor in a miniseries; if you haven’t seen it yet, do not miss the opportunity to enter Disney + and enjoy it.

Regarding the Emmys gala, it will take place on September 19.