“Does it work or does it not work?”; consumer questions the quality of Roles Bimbo 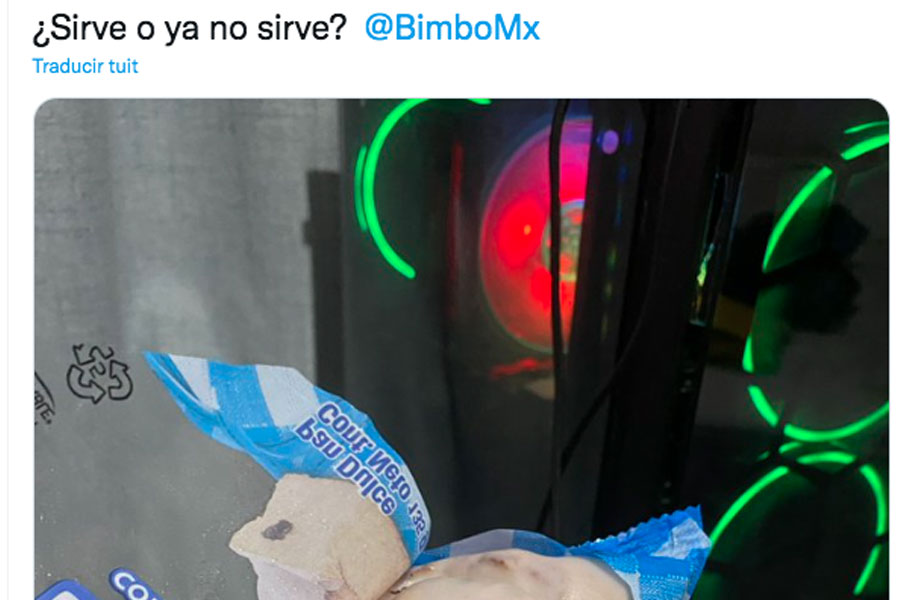 The quality of one of Bimbo’s products, the glazed roles, has been questioned by a consumer after noticing a strange appearance on said bread.

In social networks, consumer complaints do not stop; Every day, users communicate through their respective profiles, whether on Facebook, Twitter, Instagram or even TikTok, to report cases in which they are somehow affected by a product or service.

Yesterday, via Twitter, a consumer approached Bimbo to complain about the quality of one of the brand’s products, some Glazed Roles which, as seen in the image, have a strange appearance, with a green tone that, at first glance, suggests that it is a spoiled product. Even in his tweet, the consumer asks the brand if the product works or not.

Actually, it is not the first time that the quality of said Bimbo product has been questioned; Every day it happens that consumers write to the brand to make their respective claim.

Given this, through its Community Manager, the company contacted the consumer, in order to reach a resolution on their claim.

Bimbo’s Glazed Roles are not the only ones

Let us not forget that today communication between the brand and the consumer is more direct, with social networks being an important channel of interactionbut also a space for companies to learn more about their customers and/or consumers.

Read:  Consumer wins 90 seconds of shopping at Lego, what did you choose?

Due to the importance that sites such as Facebook, Twitter, among others, have gained, it is necessary to address the complaints, claims and suggestions of users, especially when it comes to a product that could put the health of the Internet user at risk.

Recently, a consumer from Soriana complained about the brand after confirming that the empanadas he bought at the store contained mold as an “extra ingredient”.

#soriana so their mole empanadas?? pic.twitter.com/HpTnXqq3XZ

Similarly, a Chedraui consumer reported Maybelline’s “bacterial” lipstickwhich she bought in the store, questioning the quality control exercised both by the beauty brand and by the supermarket employees.

I bought a lipstick from the brand @MaybellineNYmx in a shop @Chedrauioficial and it came with fungus, the store says that it is not responsible in that type of situation. Obviously this is totally unhealthy. There goes my money in the trash! ??#maybelline #chedraui #CDMX pic.twitter.com/OSCvIyqNtv

Grupo Bimbo is, without a doubt, one of the most iconic and important Mexican brands in the market.an achievement that has been earned thanks to the preference of consumers and, in the same way, to a series of marketing strategies that the brand has carried out over the years, which have been recorded in the memory of the Mexicans.

On the other hand, we are talking about one of the companies that have become a kind of national symbol; To speak of Bimbo is to speak of the Mexican itself, a characteristic that it shares with brands such as Corona, Pemex, Victoria, among others that are located in the Statista ranking of the most valuable Mexican brands.

In this context, in 2021, Grupo Bimbo was the company with the highest sales value in the country, registering 331.05 billion pesosleaving behind Grupo Lala with 80.83 billion, Bachoco with 68.79 billion, Nestlé with 67.5 billion and Alpura with 24.4 billion, among other brands related to the market.