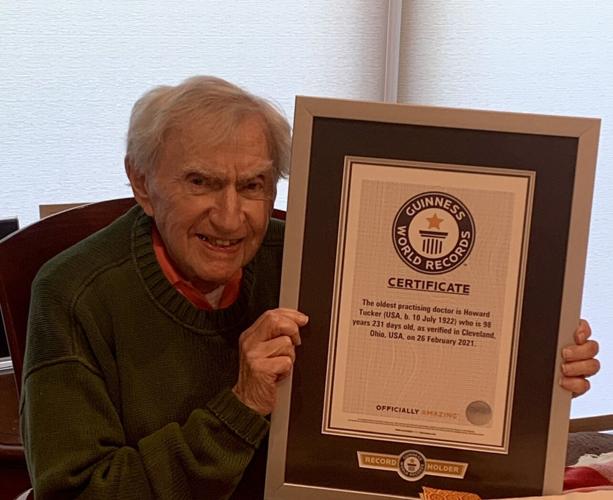 Every year there are thousands of young doctors who graduate from universities to join the workforce. But the opposite point made up of the highly experienced staff who care for patients should also be analyzed. Within this second category is the oldest doctor in the world and who has been in charge of breaking with various paradigms.

In this case we refer to the Dr Howard Tucker, originally from the United States and has extensive experience. He was born on July 10, 1922, so he barely completed a centenary of life. Although the most surprising thing is that he remains active and willing to work.

An example of life

To date he has four children and 10 grandchildren, but although he considers himself a family man, he also states that Medicine is his passion. For the same reason, for more than 80 years he has been dedicated to this area. First as a student and then as a specialist until today.

For his part, the also neurologist He holds the Guinness World Record for being the oldest and most active doctor in the world. It’s all thanks to the fact that he is part of the staff of the St. Vincent Charity Medical Center based in Cleveland, United States.

Read:  The largest hospitals to do the medical residency

In this case, its main function is to teach the residents of the hospital. In the same way, he also assumes the work of a medical-legal expert witness.

In this case, Dr. Tucker has witnessed some of the greatest changes in modern world history. He went to the Ohio State University at Columbus when World War II was still active.

After completing his training as a general practitioner in 1947 he decided to continue with postgraduate studies. He chose the specialty of Neurology because has always felt interest and attraction for the brain. He considers that it is the most mysterious organ of the body and although he has studied it all his life, he still does not fully understand it.

Later he served as Head of the Neurology area in a United States Naval Hospital during the Korean War.

Retirement is not in your plans

After the war incident, he continued his training at the New York Neurological Institute. This space was not only instrumental in Tucker’s medical career but also served as the place where he met his wife, Sara, who is a psychiatrist.

Since then, the neurologist has continued his work in various hospitals but has never felt the need to retire. To date, he enjoys the relationship he maintains with patients, but especially being able to teach future specialists everything he has learned.

Mexicans leaving their mark on the World Cup in Qatar

Which teams are playing tomorrow, December 9, in the World Cup?