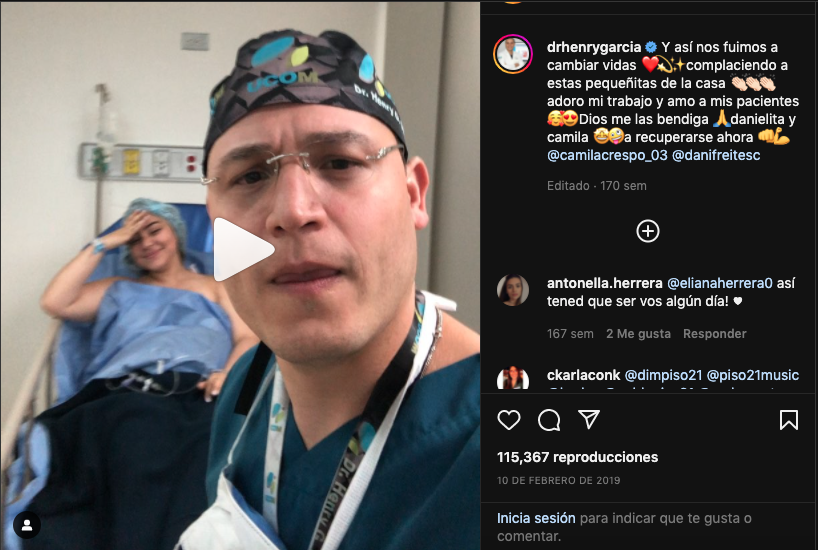 Doctors are sometimes thought to be solemn people all the time because of their relationship with patients in the office. Although on many occasions this is the case, it can never be generalized. There are all kinds of health professionals and some are the opposite of the image of the union. As an example, all you need is to see a doctor who uses the dances within his daily work and has now become the king of instagram

To begin with, the work of daily patient care can fall into a routine. Although each one is different, in the end it is a task that can get stuck and become torture.

How to make workdays less stressful

On the other hand, something that is asked of all doctors is develop your empathy in order to convey safety to patients. The emotional part is important to achieve better results in the relationship with the people who come to a consultation.

Especially in the current times when worry and stress prevails all over the world, it is necessary to pay attention to the small details. Seeing patients as people and not as file numbers is something that everyone must change to achieve real change.

In the middle of this situation you can see the work done by one of your colleagues. He turned his outgoing personality into a virtue with which he has managed to become an example to others. He not only attends to the illnesses of the patients but also offers them a moment of joy within the office.

Read:  Download these games for free now on the Epic Games Store

In this case we refer to the bariatric surgeon Henry Garcia, who works at the Hospital de Clínicas in Venezuela. What makes it special is an aspect that many consider positive. During the interventions he performs, he pleases the patients with his favorite music. And it’s not just about setting the operating room, but even he dances and sings to the rhythm of the songs. But besides his dances the doctor has gained popularity through the internet and today is considered the king of Instagram.

Happiness can also spread to patients

With the support of social networks, the doctor shows the rest of the world what his days are like. He constantly creates posts with little snippets of his videos and the way he cares for patients. Each one breaks with the preconceived idea of ​​medical care.

It doesn’t matter if it’s rock, pop, cumbia or reggaeton, the musical style that the patients request is played during the surgeries. The reason why the doctor with his dances has established himself as the king of Instagram is because he already has more than 638 thousand followers.

Similarly, the specialist uses this strategy to combat the complicated moment that Venezuela is going through. For more than a decade, it has been a country that has been experiencing a constant economic crisis that affects all unions.