Do you want a cat but have allergies? We are getting closer to “creating” hypoallergenic cats 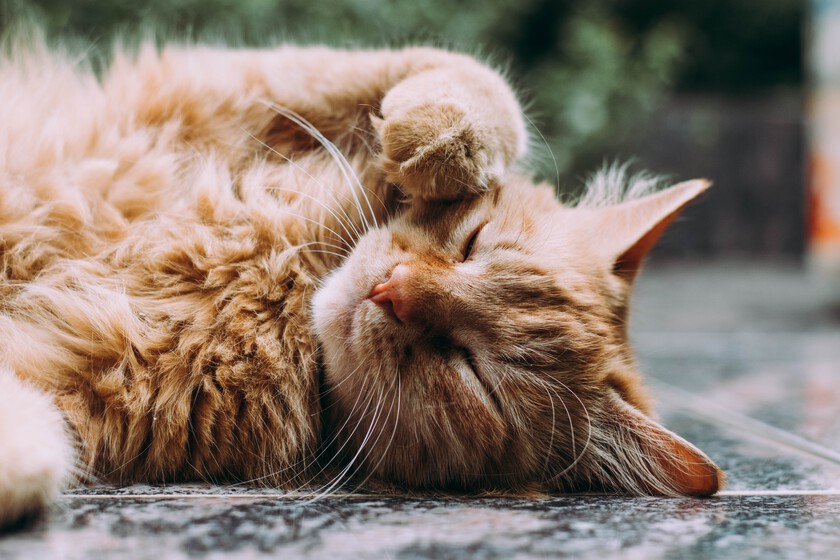 The domestic cat is the most common source of mammalian allergens, with cat allergies affecting up to 15% of adults and children. While common treatments (for example, antihistamines) are limited to addressing allergy symptoms, scientists have already begun to approach allergies differently. How? In the same source of the cat.

The study. Allergies are most associated with the fur and dander that cats shed into the environment, but those aren’t the real culprits. There is evidence that it is a protein produced by cats called Fel d 1, which ends up in their saliva and tears and, by extension, in the fur they constantly clean. This causes more than 90% of cat allergies. Now the mission of scientists has become to try to reduce the load of that protein.

Researchers at InBio, a biotech company in Virginia, USA, have been working on their own approach to this goal. They hope to use CRISPR, the Nobel Prize-winning gene-editing technology, to produce cats that produce little or no Fel d 1.

Edit the genome. Waiting. CRISPR? What’s that? These fragments are used by the bacterium to detect and destroy the DNA of new attacks from similar viruses, so that it can effectively defend itself against them.

How does it work in cats? Structurally, Fel d 1 is a tetrameric protein composed of two heterodimers, each consisting of two chains, chain 1 and chain 2, encoded by the CH1 and CH2 genes, respectively. InBio used sequence and structural analysis of Fel d 1 to identify conserved coding regions suitable for CRISPR editing. The team applied phylogenetic analyzes on twenty-four cat genomes from different species and found that the Fel d 1 gene sequences lacked evolutionary conservation. That is, they are not essential for cats and therefore could be removed.

Read:  Three tricks from the DGT and two that I have learned to prevent my dog ​​from getting dizzy and vomiting in the car

The authors demonstrated that Fel d 1 is amenable to gene editing using CRISPR, with editing efficiencies of up to 55% and no evidence of editing at potential off-target sites. These results provide the first step in creating cats without the protein.

It’s not something new. As Sarah Zhang explains in The Atlantic, the application of biotechnology to address cat allergies is not a new feat. From transferring immunity through the egg yolk coating on Purina cat food to cat vaccines that reduce Fel d 1 shedding, the goal of a hypoallergenic cat remains on the industry’s radar.

Ethical and environmental dilemma. Alison Van Eenennaam, professor of animal biotechnology at the University of California, reflected in GEN Biotechnology on the regulatory path for future CRISPR-enabled hypoallergenic cats: “Given that cats are not animals to eat and assuming that reducing Fel d 1 does not have harmful effects for the cat itself, the question would be whether such animals represent a safety or environmental problem”

InBio anticipates developing an edited test cat, but does not intend to create and subsequently breed cats free of Fel d 1. “From a consumer/patient perspective, these cats would be largely cost-prohibitive. We also believe that It would be more practical from a commercial standpoint, as well as more ethical, to develop a treatment that is given to existing cats rather than breeding and selling allergen-free cats,” the researchers explained.