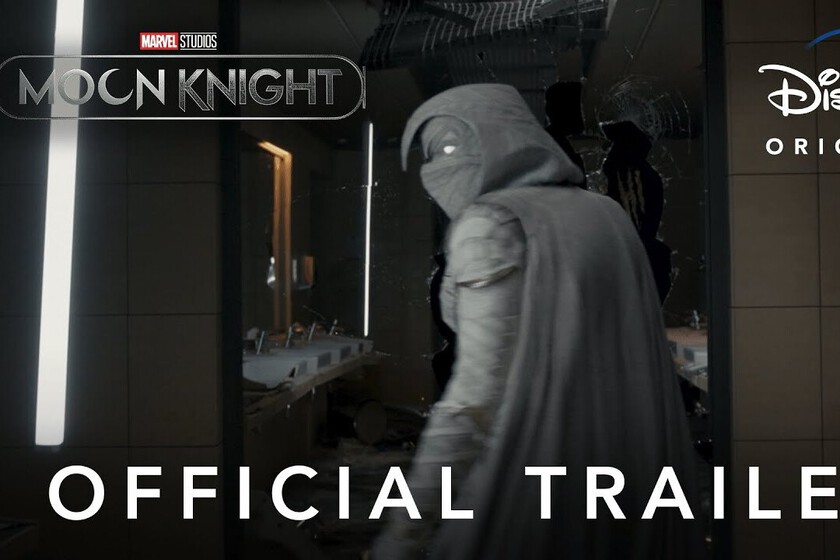 What is promised is debt and during the celebration of the NFL game this Monday between the Arizona Cardinals and Los Angeles Rams, Disney has released the trailer of ‘Moon Knight’, the new Marvel series that we will see on March 30 on the mouse platform.

Thus, we have already been able to have a good look at Oscar Isaac as Marc Spector, aka Moon Knight, a vigilante who suffers from dissociative personality disorder. Marc and his multiple personalities will find themselves in the middle of a war of Egyptian gods.

As a curiosity, to say that Oscar Isaac He has already participated in a Marvel movie, specifically as En Sabah nur in the (forgettable) ‘X-Men: Apocalypse’. It is not the only case of an actor who jumps from X-Men to the MCU, since a year ago we had a certain trolling with Evan Peters (Quicksilver) in ‘Scarlet Witch and Vision’.

Accompanying Isaac in the cast are Gaspard Ulliel as Anton Mogart May Calamawy and Ethan Hawke. The latter, whom we saw not long ago in the glorious ‘The Woodpecker’, in the role of Arthur Harrow, the alleged villain of the series.

Created by Jeremy Slater, whose recent credits include ‘Umbrella Academy’ and creating the television adaptation of ‘The Exorcist’, the series consists of six episodes directed by Muhammad Diab (top four), Justin Benson and Aaron Moorhead. Alongside Slater, the script is written by Beau DeMayo, Danielle Iman and Alex Meenehan.

Moon Knight was created by Doug Moench and Don Perlin for Marvel’s ‘Werewolf by Night’ series in 1975. Despite not being one of the publisher’s top characters, he is undoubtedly one of the most complex and interesting, with memorable stages (Moench’s himself, but Ellis’s is also cream). I hope that carries over to the series.

Read:  Thanos could return to Marvel Studios in a spectacular way

MasterCard wants you to make payments just by smiling