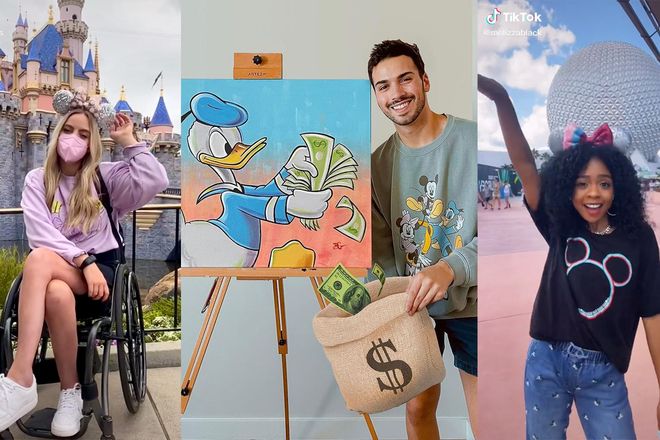 This Monday, Disney announced the creation of the Disney Creators Lab, a strategy with which it seeks to find new influencers among its fan base, so that they are the ones who further position the brand on social networks.

Influencer marketing, for a few years, has been one of the most used by brands, a trend that increased after the arrival of the pandemic and thanks to the boom that social networks experienced in this period.

And it is that, in some way, some experts and reports say that, for consumers or users, it is easier to connect with brands through the influencers they follow and with whom, in addition, they feel identified.

For brands, this is one of their arguments to have a greater presence among potential new consumers, since the reach that influencers have is, really, incalculable.

This has meant that, now, Disney is looking to join influencer marketing, but it seems that it wants to do something different with its Disney Creators Lab, which has the task of recruiting new influencers from its own fans.

In an interview for the medium AdAge, Disney spoke about this new recruitment center that, without a doubt, is a great opportunity for those who want to be influencers:

“There are millions of content creators who share their diverse perspectives and authentic stories on social media, but they need opportunities to grow. Twenty emerging creators from diverse backgrounds with truly unique content – mix of age, race, gender identity, and creative disciplines – were selected to join the program. The selection was based on its creative content and its growth potential ”.

This is an interesting strategy for Disney, especially in a context dominated by platforms such as TikTok, Snapchat, Instagram and YouTube, which even have their own influencer recruitment centers.

To mention an example, Instagram is paying its creators the amount of one billion dollars until 2022 for its most popular users to make attractive content and reach more followers.

In June of this year, it launched its first “creators week”, in order to boost the growth of the participants in terms of followers and other topics.

Now, it is Disney who is joining the trend of influencer marketing, and with its new program, some popular creators of TikTok, such as Melizza Black, who has 57 thousand followers on the social network, will have the opportunity to grow even more their numbers and, in the same way, position Disney even more.

Another of those recruited is Conner Lundius, who has a total of 17,000 followers on TikTok, and who, like Melizza Black, has his own Disney-related content (he publishes his videos using Mickey Mouse ears).

However, participants in the Disney Creators Lab do not receive any financial payment, although it does help them grow as content creators and the company will be giving them a trip to Walt Disney World and a Disney Cruise Line in January.