By NicolasNovember 18, 2022No Comments3 Mins Read 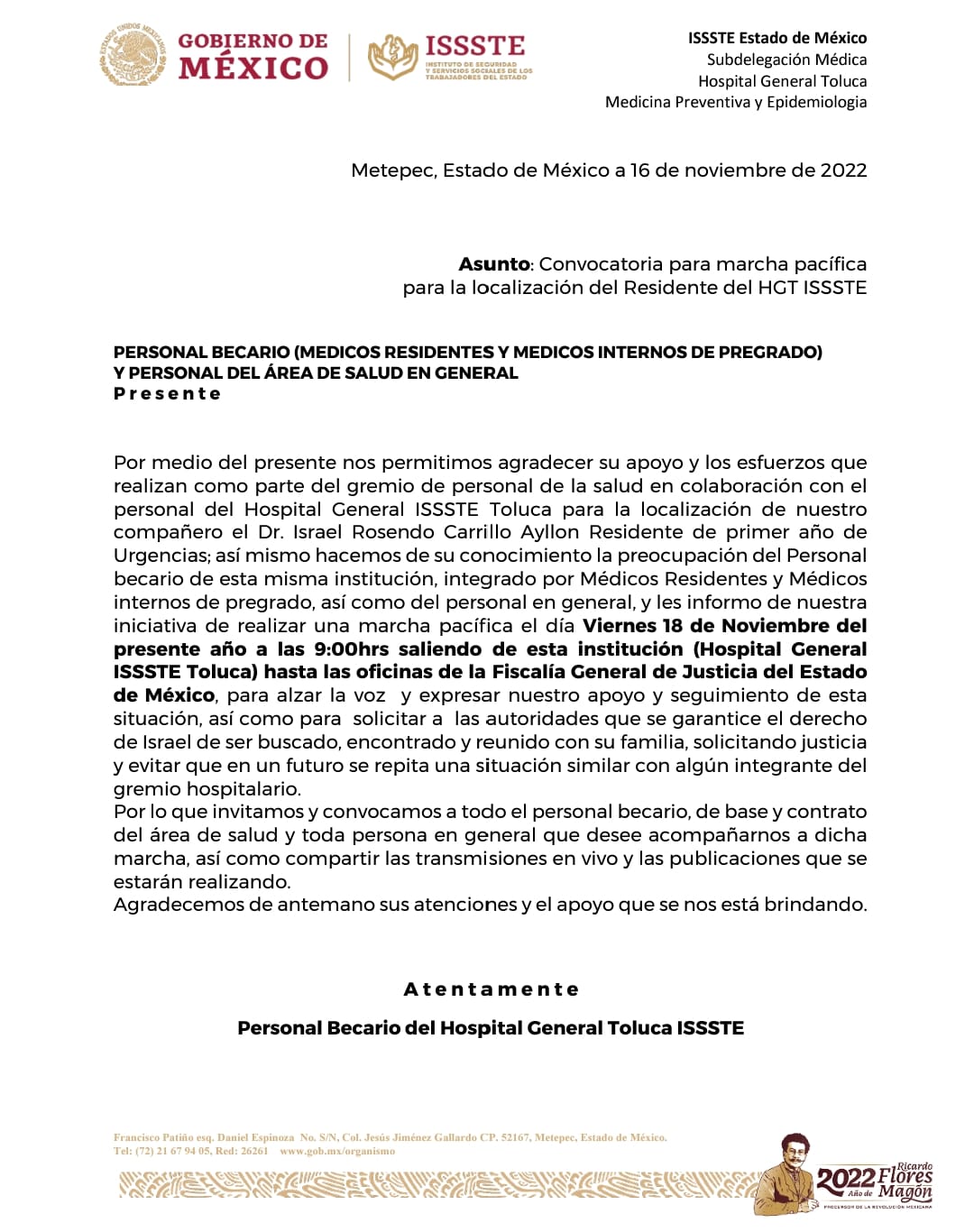 Health professionals in our country are exposed to a large number of dangers. Some are specific to your work but there are also others that affect anyone. Insecurity is perhaps the biggest of all and has even increased in recent years. His most recent victim is a resident of the Institute of Security and Social Services for State Workers (ISSSTE) who was reported missing.

A profession in which you never stop learning

The path of Medicine is quite long and in reality it never ends because there must always be constantly updated. Due to all the innovations that appear, it is necessary to know the most recent ones to offer a good service to patients.

However, after graduating from the university you can also choose different paths to continue with professional training. Residency is one of the preferred options because thousands of young people choose it each year to become specialists and enroll in the National Examination of Applicants for Medical Residences (ENARM).

The most complicated is just beginning

In the end, only a minority achieve their dream and although it seems that the most complicated part has already been overcome, it is not really like that. The challenge begins from that moment because it is necessary to adapt to a new lifestyle marked by continuous 36-hour days.

But there is also insecurity both inside and outside the hospital. The case of resident Israel Rosendo Carrillo Ayllon of the ISSSTE Emergency has raised all the alarms because he has been missing for a week.

According to his colleagues, the last time he was seen was on November 6 at the end of his shift at the General Hospital Toluca of the State of Mexico. At that time he was wearing his black surgical uniform, a red sweatshirt and black tennis shoes.

Faced with this situation, the Medical Collective in Training called for a peaceful march. The objective is to demand that the authorities deal with the case in order to find the disappeared ISSSTE resident as soon as possible.

We call for a peaceful march to locate resident Israel Rosendo Carrillo of the ISSSTE Toluca General Hospital. pic.twitter.com/UdS7LfVbF4

Based on what has been disclosed, it is planned that this Friday, November 18 at 9:00 a.m. the mobilization will begin. The starting point is the ISSSTE General Hospital in Toluca and from there it will go to the offices of the Attorney General of the State of Mexico.

Similarly, the demand of the collective is to increase security within hospitals. This type of situation should not be experienced by any health professional or student in training.

They threaten a resident with a firearm inside a Mexican hospital

Fatal error: ISSSTE does not know the differences between a MIP and a resident