Bullfrag
Home Technology Gaming Dinosaurs invade Destiny 2 during the Halloween event, as requested by the... 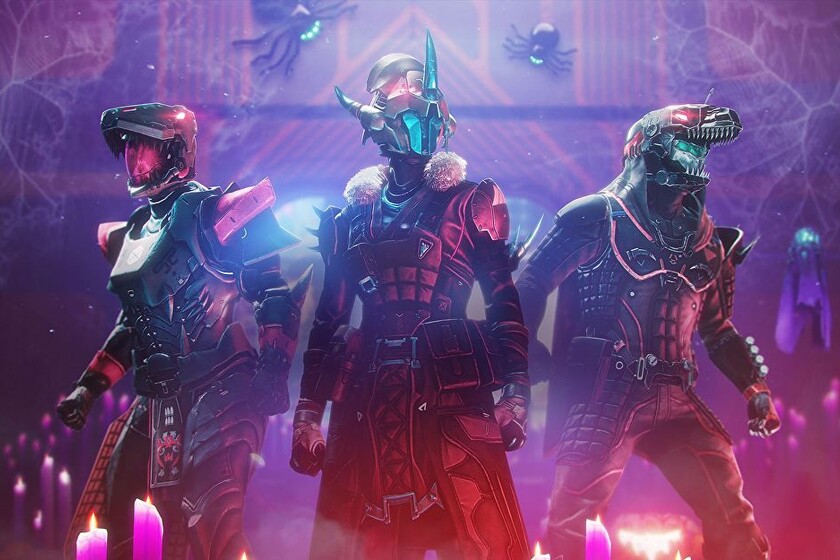 Already is Halloween! Well, not really, but that doesn’t matter much to game developers and publishers. Destiny 2, among others, has jumped on the bandwagon in its latest weekly reboot: the Feast of the Lost Souls is back for another year, although this time it is loaded with news (really good news) and rewards. You have until November 2 to participate.

For the most clueless, it is one of the free annual events for all players. Like Solstice of Heroes, but swapping out the epic neon armors for pumpkins, bats and witches. Of course, it brings with it a Tower “dressed” for the occasion, new triumphs to complete and also the traditional inventory of Eva Levante.

It was time to retire to the Enchanted Forest, the activity that has accompanied us in Destiny 2 during the last Halloween celebrations, so this time Bungie has opted for a new direction: the enchanted lost sectors. There is a new boss waiting for us at the end, who is roughly an abyssal champion who has replaced his head with a pumpkin. Although probably many of us are more scared by the original design.

This is all very well, but don’t be fooled: here the rewards are the real stars. On the one hand we have the new legendary pulse rifle Jurassic Green, which according to D2Gunsmith may appear with some of the most popular perks from both PvE and PvP. We also have a new hummingbird that looks (and moves like) a spider, new masks, and dinosaurs.

Those last ones are ornaments or transfigurations that can only be obtained through Eververse, the internal store of the game, but if you do not see yourself opening the wallet, alternatively you can buy the pieces of each class for 6000 luminous dust each. But to reach that amount you will have to do a few contracts and weekly challenges

Read:  catch up on the ending of the first saga, the story of Savathûn and the state of the game

“Mexico loses”: Lydia Cacho accused that “in a few hours” Mario Marín could be released