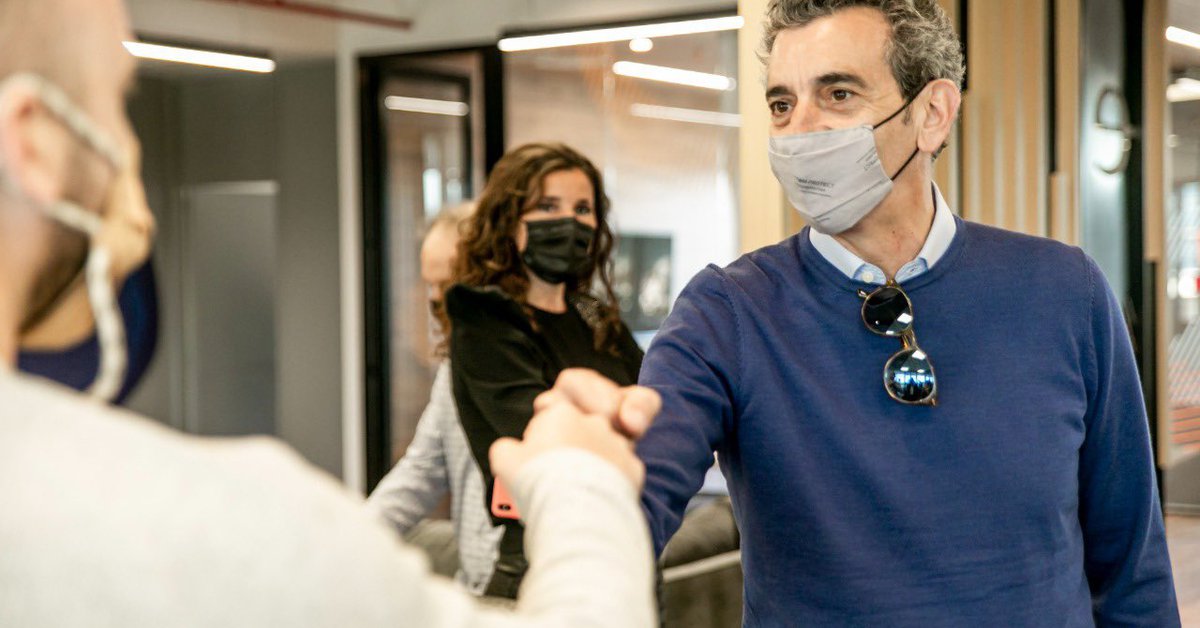 In the midst of the institutional crisis that the government of Alberto Fernández is going through, and while rumors are circulating that more Kirchnerist officials have made their resignation available to the President, different social, trade union, Peronist, and opposition leaders demonstrated for find a serene but urgent exit in moments of such a difficult situation.

One of them was the candidate for deputy of Vamos Con Vos, Florencio Randazzo. Through his social networks he appealed to the entire political class, but especially to government officials. “We ask you for good sense and responsibility. While they are vying for power, there are millions of Argentines who need solutions for inflation, unemployment and insecurity. Enough of this madness”He claimed.

Most of the political and union referents agree that the situation that the Government is going through after yesterday’s session, where the national cabinet ministers who respond to Vice President Cristina Kirchner made their resignation available, in a maneuver to pressure their own Alberto Fernández to make changes after the electoral defeat last Sunday is complex.

The Secretary General of the Federation of Truckers, Hugo moyano, He was fully involved in the arm wrestling within the national government. “What is happening strengthens the President ”, expressed the union leader, adding that he does not believe “Cristina Kirchner has wanted to weaken Alberto Fernández.”

Moyano hopes that there will not be a break within the Frente de Todos and the president and the vice president of the Nation “do not fight”. “We need the whole to be there. Honestly, it is not possible either to pretend to condition the President, that is why I believe that the President comes out with more authority”He insisted on the idea.

“I am confident that this will be overcome”, He concluded.

Within the Frente de Todos there were several pronouncements in favor and against rapid changes in the Cabinet. In the last hours, the Federation of Truckers, led by Hugo and Pablo Moyano, supported “the democratic president Alberto Fernández” and the vice president Cristina Fernández de Kirchner.

Through a document, the union assured that the opposition “forgot that during four years of government it produced an unprecedented economic disaster, the indebtedness of the country, the closure of ministries and a constant attack on workers’ rights, while the Former President Mauricio Macri knelt before the International Monetary Fund (IMF), which generated unpayable debts.

They also emphasized that the organization will accompany and be with the Government until “the last consequences, because it defends democracy as the fundamental basis of the country, hit by the disastrous policies of Cambiemos until 2019 and by a pandemic that shook the health and the economy of all the countries of the world ”, they added.

“However, a courageous president, 90 days after taking office, began to face the Covid-19 virus and achieved a massive vaccination of the inhabitants,” they emphasized.

Hugo and Pablo Moyano pointed out that the National Constitution must be respected, so that “The unconstitutional media attack carried out by the right against Alberto Fernández, Cristina Kirchner and their entire team will not be allowed under any point of view”.

Read:  Martínez Portero and Ivashka will be in the quarterfinals of the ATP 250 tournament in Moscow

This morning, the social leader Luis D’Elía called to defend the unity of the Government alliance and, although he harshly criticized Alberto Fernández’s economic policy, he assured: “If the Government breaks, we are a locomotive to the abyss, it will be a disaster“.

“It is a time to act with a lot of political responsibility, I don’t like a damn (sic) the economic policy of Alberto Fernández, but I am marching to bank the unit of the Frente de Todos and to bank the presidential figure, because if they crack this one, we will On the way to disaster, someone who was imprisoned for three years for doing Kirchnerism tells them, “said D’Elía in Radio Rebelde.

Luis D’Elía: “If the Government departs, we are a locomotive to the abyss, it will be a disaster”

Even the president of the Grandmothers of Plaza de Mayo, Estela de Carlotto, acknowledged that the result of the PASO was a “slap” for the Frente de Todos but asked “calm down and persevere with love for others”.

“The President and Vice President are very dear people, well known. We value them and we know they don’t need our advice, and they are working it out. You have to leave them and not interfere. We all have to collaborate from where we are. Reassure ourselves and respect decisions”Carlotto concluded.

From the Pro Tejer Foundation, a business-union organization that brings together the entire Argentine textile and clothing agribusiness, they expressed their support for President Fernández, and highlighted the industrial policy that they have been carrying out “successfully.”

“From our institution we support the administration of the government of Alberto Fernández, who has all our institutional support to continue with the ordering of new economic policies that promote investment and industrial employment. We defend the industrial country model: Argentine work and national production are the only way to solve poverty and unemployment. The national industry must be strategic. There is no developed country that has not based its development on industry, “they said in a statement.

The unleashed crisis also generated a reaction from the opposition. The Radical Civic Union (UCR) remarked that the Government has to “stop playing internal and give certainty to the Argentines“And warned that the resignations presented by various ministers have” vital importance for the institutions “because they” respond politically “to the vice president, Cristina Kirchner.

“Within hours of the electoral defeat last Sunday, a faction of the national government decided to resign from the cabinet of President Alberto Fernández. This news is not without vital importance for the country’s institutions since the officials who will leave the Executive respond politically to the Vice President of the Nation”Said the party that is part of the Together for Change (JxC) alliance.

Through a statement, the opposition label remarked: “This situation is a reflection of what we had already warned, the Frente de Todos is a fragile coalition, without any type of coincidences between them. They only came together to conquer power and keep it”.

The text bears the signature of the president and vice president of the National Committee of the UCR, Alfredo Cornejo and Alejandra Lordén, respectively.

Facebook wanted to anger you with posts with negative reactions

This is how TLOU would look like a PS1 game

63.8% of Mexicans are in favor of energy reform: survey

a black dress loaded with rhinestones