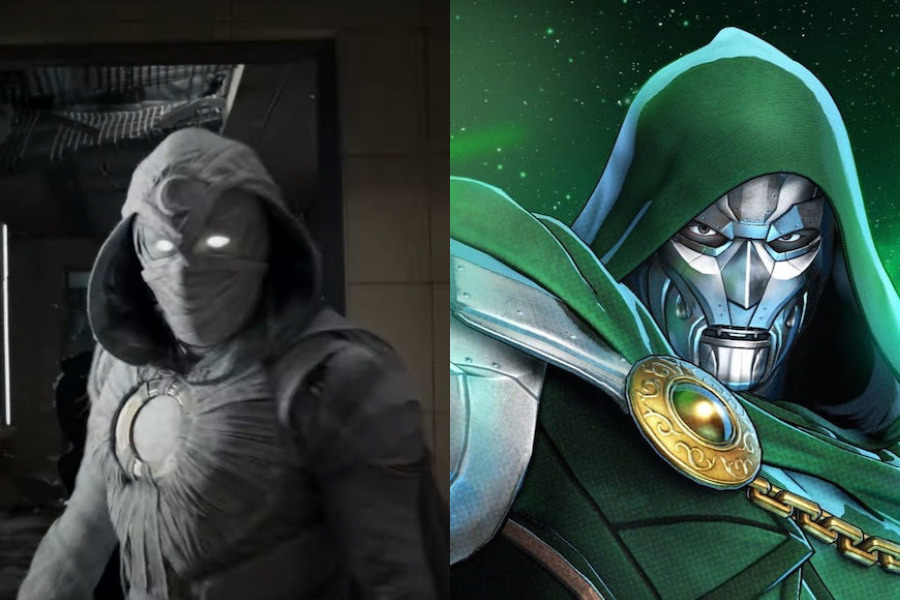 Index hide
1 If the arrival of the Fantastic Four in the MCU will be a reality, Moon Knight could be the gateway for his great nemesis, the fearsome Doctor Doom
2 And if Doctor Doom arrives, when will the Fantastic Four show up?
3 The Era of Khonshu has begun in SMASH and Marvel Comics Mexico
4 Also being read:

If the arrival of the Fantastic Four in the MCU will be a reality, Moon Knight could be the gateway for his great nemesis, the fearsome Doctor Doom

The first trailer for Moon Knight not only introduced us to the process that Steven Grant will go through to become Moon Knight, but this series would also introduce us to one of the most fearsome villains in the Marvel Cinematic Universe, Doctor Doom.

Do not miss: Who will be the villain in the Moon Knight series?

Let us remember that in Phase four of the MCU the Fantastic Four will debut in the medium term. And with them, it is inevitable to think that his greatest nemesis, Victor Von Doom, will appear in Marvel Studios productions.

The first trailer for Moon Knight could present an important clue that points to the appearance of the native of Latveria in the MCU.

At minute 1:27 of the clip, when Steven Grant appears holding a gun and driving a cargo truck.

The truck’s boxes read “Von D,” which could be a sign of Doctor Doom’s entry into the Marvel Cinematic Universe.

And if Doctor Doom arrives, when will the Fantastic Four show up?

This would not be the only Marvel Studios production that points to the entry of the first family of superheroes. In Doctor Strange in the Multiverse of Madness it is reported that John Krasinski filmed some scenes as Reed Richards.

While in Ant-Man and the Wasp: Quantumania Scott Lang would be the one who could rescue the team, which would be trapped in the Quantum Realm, in one of the theories that point to the presence of the Fantastic Four in the MCU.

Read:  "I always thought I could go back to being Batman and embroider that son of a bitch." Michael Keaton talks about his return as DC's superhero in 'the Flash'

The series follows Steven Grant (Oscar Isaac), a gift shop clerk who suffers from memory impairments, blanking out or bringing back memories of another life.

Steven discovers that he has dissociative identity disorder, and that he shares a body with mercenary Marc Spector. As they face off against their enemies, Steven/Marc must navigate their complex identities as they plunge into a deadly mystery among the mighty gods of Egypt.

Earth’s mightiest villains unite against a common threat: the Avengers! And as the heroes face an uprising like no other, they are attacked by one of their own! The mummies rise from their graves. From K’un-Lun, to Wakanda, to Greenwich Village, secret armies march under the moonlight.

SMASH and Marvel Comics Mexico brings you Marvel Basics – Avengers: The Age of Khonshu, a story by Jason Aaron that you cannot miss