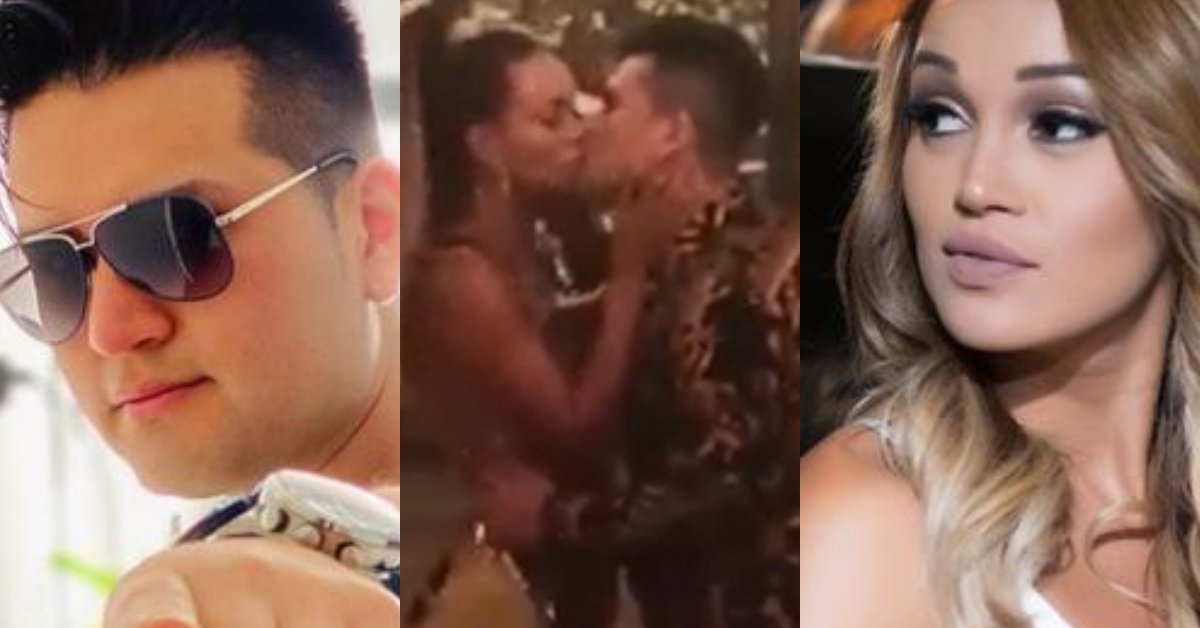 The program Amor y Fuego broadcast a video of Angie arizaga and Deyvis Orosco where they are seen giving a passionate kiss. These images would be part of a video clip of the singer that never came to light.

Here you can see the young people giving each other a long kiss and being directed by a camera director. The recordings would have been given two years ago.

“Go on, go on, go on. Cut!”, The director is heard saying. Rodrigo gonzalez He explained that it is the first time that these images can be seen even though they were recorded two years ago. Why were they not disseminated? That was his big question.

What the presenter maintains is that Deyvis would have preferred not to launch the video clip with that material to avoid jealousy with his partner and today the mother of his son, Cassandra Sánchez de Lamadrid. In addition, he summoned another protagonist to make the same video clip.

In addition, he stressed that it is curious that in 2020, the cumbia singer released his song “Love at first sight” with Jota Benz, Angie Arizaga’s boyfriend.

As it is remembered, Deyvis Orosco was a father on November 17. Next to Cassandra Sánchez de Lamadrid they welcomed little Milan

“It’s incredible, it’s an experience that I can’t explain, only parents will understand me. Having it in your arms, seeing that it is reality after a long wait is something very beautiful”, He pointed to América Hoy.

In addition, he thanked all the displays of affection on the part of his followers and also from América TV, a television house in which he is now a member of the jury of The Artist of the Year.

Read:  The 3 elements for the success of companies in 2022

“I want to thank everyone for the nice messages. Thanks to the whole team, to the people of GV Producciones, who communicated with me showing signs of affection and, above all, respect “, expressed the ‘Bomboncito de la cumbia’.

ANGIE ARIZAGA CLARIFIES THAT SHE IS NOT PREGNANT

Tired of speculation, Angie Arizaga pointed out on November 18 that she is not pregnant and they have stopped saying so. “I have come to clarify that please, I promise to stop eating so much but stop saying I’m pregnant “, he indicated.

Although Tula Rodríguez continued to insist on this rumor, the model said: “Friend I have nothing, there is only one panettone here “Angie said with a laugh and showing the cameras that she is in good physical condition and making it clear that if they see her gain weight it is because of the food.

Jamila Dahabreh: PromPerú clarifies that model did not represent Peru at the Expo Feria Dubai

Tilsa Lozano clarifies that she will not have a bachelorette party: “Neither Jackson Mora nor I”