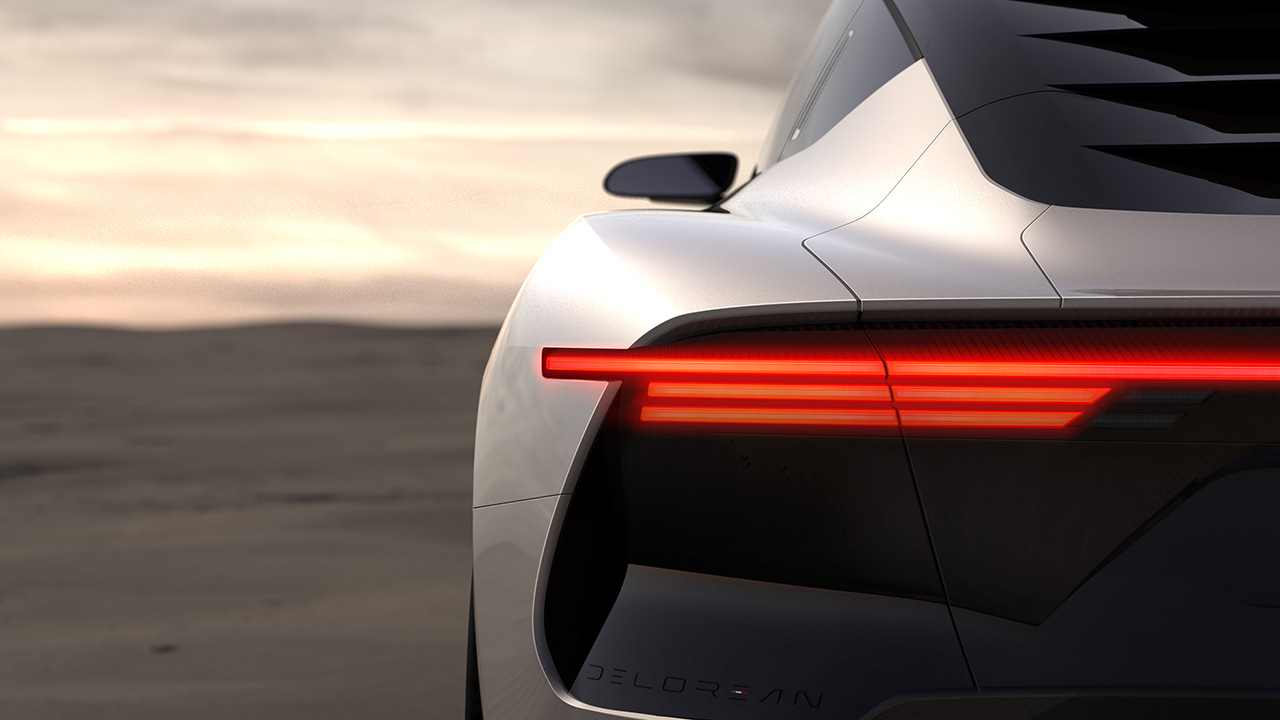 The DeLorean Motor Company brand, better known as DMC, has published a new preview of its first electric vehicle. A concept model close to a production vehicle. It has also been confirmed when this new electric known by the name EVolved will be presented.

Last February the news broke. the mythical brand DeLorean Motor Companybetter known as CMD, announced the launch of a 100% electric vehicle. A model that a priori is called to take over from the iconic DeLorean DMC-12. At that time the company assured that this new vehicle would be in a position to experience its coming-out this year. Well, there are important news.

DeLorean has released a new and illuminating advance of its first electric vehicle
and, what is equally relevant, it has also been confirmed when its presentation in society will take place. An announcement that the brand has made through its official profiles on social networks and also through its website.

The photograph published by DMC allows discover much of the exterior design of this new electric vehicle. A model of which, although we do not know its name, the company itself has indicated on more than one occasion the name Returned. Now, this does not mean that it will be the definitive name that will be used in your particular baptism.

The teaser shows the shape the taillights will take. Some lights in horizontal arrangement and that, how could it be otherwise, will use LED technology. And although it cannot be stated outright, it is not ruled out that both pilots are physically united by a strip of light that enhances the feeling of width. The rear diffuser is also slightly appreciated and some characteristic shapes that, without a doubt, are intended to improve aerodynamics.

DeLorean has always stressed that the future electric vehicle that will be presented will not have a production format. It will be a concept model. However, despite this, it can be seen that it will use conventional exterior mirrors. A detail that contrasts with the trend that the market is following in terms of electric mobility. Many manufacturers are already opting for digital rear-view mirrors.

Troy Beetz, CMO of DeLorean Motor Company, has made reference to the opening of the doors (type of gull wings): “The emotion rises like the doors of our iconic sports car and we are relieving the next generation prototype 3 days before as planned on the most prestigious stage in Pebble Beach.”

When will it be revealed? The debut of the new DeLorean electric brand is set for the Thursday, August 18, 2022. A presentation to be produced as part of the Pebble Beach Contest of Elegance. By the way, it is important to remember that the Italdesign design studio has a relevant role in this entire project. DMC claims that it is the culmination of a history of more than 40 years with the prestigious design company Italdesign and the new interpretation of DeLorean.