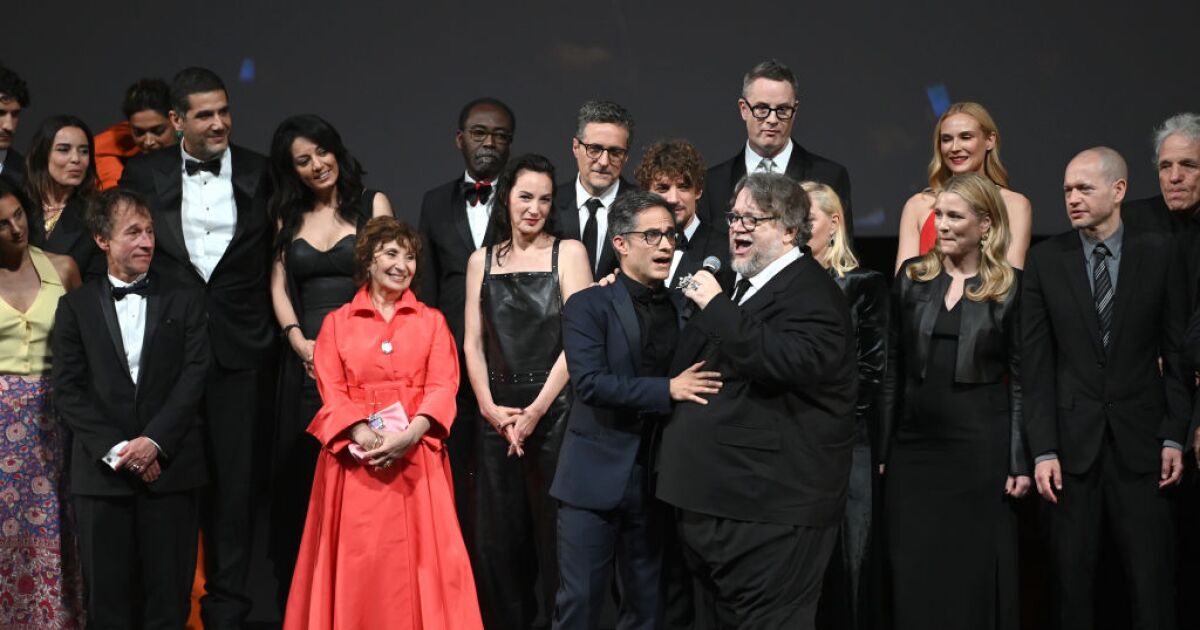 Gael García along with his friend Diego Luna, posed before the lenses of dozens of photographers along with figures from French, Hollywood and international cinema. Waving in Spanish, the likeable Del Toro also walked on the carpet, was available for the photographers and ascended the mythical 24 steps of the Palacio de Festivales accompanied by his wife and screenwriter of his latest film, Kim Morgan.

Del Toro, Gael and Diego were the most relevant Mexican figures in this installment, since there was no presence of national cinema in the competition. At the end of the evening they posed with the rest of the stars on the stage of the festival’s great Lumière room, in an unforgettable family photo.

It was there the moment in which Gael and Del Toro threw a ranchero pigeon with “Me tired of begging him” before the great figures of world cinema.