By CooperSeptember 15, 2022No Comments6 Mins Read 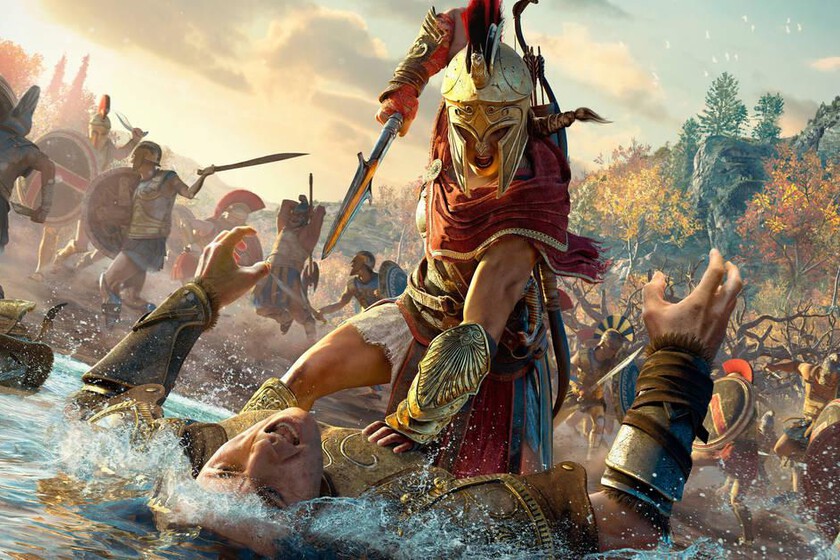 Microsoft went out to conquer Japan at the Tokyo Game Show 2022, and its workhorse was the Game Pass: for more than 40 minutes of broadcast, previews of projects that were to come, such as Exoprimal, were shown, but the blow on the table they gave it what’s new to Game Pass: Microsoft is not only getting loads of Japanese must-haves that were only available on PlayStation and PC, but will bring them from launch to your game service. Crazy.

The Xbox Stream at TGS 2022 was markedly dedicated to the Japanese public, which was made very clear by including among its novelties the localization of the texts and languages ​​of games like Skyrim or Redfall into Japanese or the enormous relevance of the Forza Horizon saga was recalled . Something that always likes, of course: we began to read in Spanish the TES Online deeds very recently.

And despite the fact that we took many of the announcements for granted, such as the imminent arrival of Deathloop on Game Pass, others have been a very pleasant surprise. Above all, those who join today the highest candidate to be the Netflix of video games. Leaving us with much better sensations than those of the recent id@Xbox and at the same time rounding off the variety and originality of the catalog with large projects and more author initiatives.

Without further delay, below you will find in one place all the games of the Xbox Stream at TGS 2022 coming to Game Pass. Starting with the entrance through the front door of the star saga of ATLUS.

The start of the Xbox Stream at TGS 2022 was a great joy, but not a surprise: Microsoft reminded the whole world that the essential Persona 5 Royal will arrive on Game Pass on October 21. And it is worth keeping in mind that in our case it will be translated into Spanish.

It is no less interesting to keep in mind that the announcement is only a third of the great plan to bring the ATLUS saga to Game Pass: Person 3 PortablePersona 4 Golden will also hit the service, as well as the XBox and Windows Stores, in the future, though we don’t have a date yet.

Team Ninja and Koei Tecmo have big plans for the Tokyo Game Show and even an event of their own announced. One of its main dishes is precisely Wo Long: Fallen Dynasty, a powerful action and fantasy game that, by the way, will arrive at launch to Game Pass. All an added claim for the service that -everything is said- will also be played on PS4, PS5 and PC.

More than a decade of mastery in 2D fighting by Arc System Works condensed into an irresistible proposal: Blazblue Cross Tag Battle Special Edition brings together characters from Blazblue, Persona 4, RWBY and other wrestling classics in a tag team matchup. And be careful, the version that will be played in the Game Pass includes all the improvements and extra guests. A luxury.

The best sword fighting game from Arc System Works not only confirms its arrival on Xbox in spring 2023, two years after blowing our minds on PlayStation and PC, but Guilty Gear Strive will be played at launch on Game Pass. Pure Rock and Roll with the master touch of the new references in anime fighting. Will it offer cross-play with the rest of the versions? It will be up to us to cross our fingers.

Read:  The Hispanic community of Sea of ​​Thieves meets on March 5 in an epic event

Haven’t you played the series yet? ni no kuni? Excuses are over! Both the remaster of Ni no Kuni and its exquisite sequel make their way and you won’t have to wait too long to get into this wonderful RPG fantasy: Ni no Kuni Remastered joins Game Pass starting today and Ni no Kuni is expected to II: The rebirth of a kingdom do the same in 2023.

We have been joined by many cheeky Japanese-style RPGs on the same day in Game Pass, but Danganronpa V3: Killing Harmony deserves a very special treatment: available today on Xbox and PC, the latest installment in the Danganronpa saga combines mystery and surrealism with an aesthetic psycho cool. Too crazy not to give it a try.

Overwatch 2 introduced Kiriko, its new heroine, coinciding with the Xbox Stream at TGS 2022. Technically, the change to the free-to-play model and its cross-platform nature means that it is not necessary to have a Game Pass subscription to play, although it is worth remembering that all those who have a copy of the original Overwatch will receive the character completely free and automatically.

Overwatch 2 and its new season arrive October 4 to all systems. Will there be additional benefits for Microsoft subscribers? There are precedents with the Blizzard shooter and we do not rule it out.

The JRPG that swept Kickstarter in 2020 will be played from launch day on console Game Pass, although we will have to wait until 2023 to get the gauntlet. All in all, and to liven up the wait, the Xbox Stream at TGS 2022 served to offer a new portion of gameplay with details from the developers. A great prelude to the 505 event at the same Tokyo Game Show, where Eiyuden Chronicle: Hundred Heroes It is already confirmed as one of its main dishes.

The premise of Dyson Sphere Program is terrifyingly ambitious: to build the most efficient intergalactic factory of all time. A strategy and simulation game with a space setting and a minimalist rather than space touch in which the resources offered by infinite space will be the key to success. And beware, it has a closed date: the October 13th comes to PC Game Pass.

Not all Xbox Stream games at TGS 2022 have been produced in Japan or have an oriental touch: Microsoft took advantage of its moment to confirm that great French bombshells were joining Game Pass, including one of Ubisoft’s best games: none other than Assassin’s Believe Odyssey. Today you can embark on his superb Greek Odyssey.

CyberConnect2 surprises and joins the Xbox Stream at TGS 2022 with two announcements: a new preview of Leak: Melodies of Steel 2 and the confirmation that the first installment is added to the Xbox Game Pass from today. Double joy for those passionate about RPGs.

The highlight of the Xbox Stream at TGS 2022 appeared ahead of time, but not even that detracted from the milestone: exactly one year after its launch on PS5 and PC, Deathloop sets its course for Xbox, confirming that all Xbox Game Pass players They will be able to play it at launch and at no additional cost. A huge victory for everyone, especially for those who are passionate about FPS. key date is the 20 of September and the early download of the game is now available. What are you waiting for?