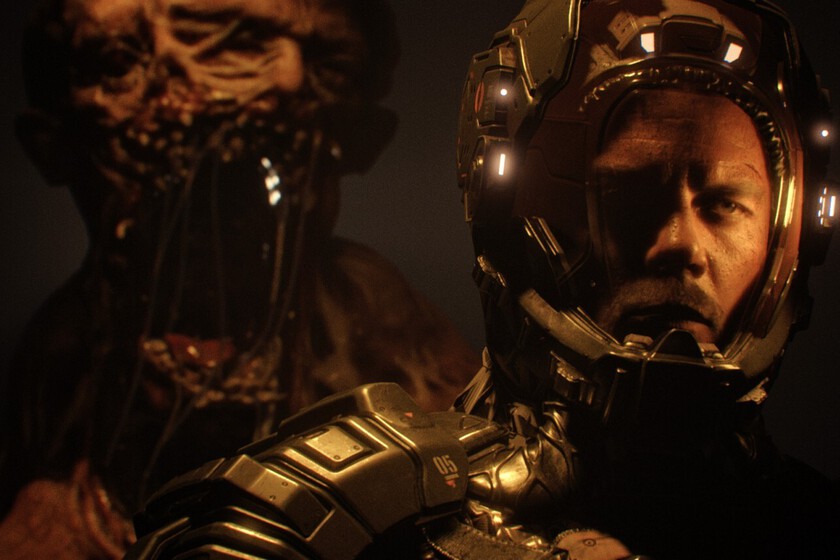 If you are a fan of science fiction horror, you are in luck. If you are also a fan of Dead Space, happiness is double because a remake of the EA saga is on the way and Glen Schofield has his new project underway. Yesterday we were able to learn more details about The Callisto Protocol, but today there are more news.

Thanks to the latest issue of Game Informer, we have been able to have a clear foundation for this space horror. Some foundations that were established under the magnifying glass of the PUBG universe, Krafton’s battle royale. However, Schofield has stated that eventually The Callisto Protocol will function as a completely independent title.

FYI @CallistoTheGame is its own story and world. It no longer takes place in the PUBG Universe. It was originally part of the PUBG timeline, but grew into its own world. PUBG is awesome, & we will still have little surprises for fans, but TCP is its own world, story and universe.

The Callisto Protocol is its own story and world. It no longer takes place in the PUBG universe. It was originally part of the PUBG timeline, but became its own world. PUBG is amazing, and we will still have little surprises for the fans, but TCP is its own world, history and universe.

This does not free us from leaving until the year 2320, in the Jupiter’s moon Callisto, where we will take control of Jacob Lee. The protagonist has been played by Josh Duhamel, an actor in other projects such as Jupiter’s Legacy or Call of Duty: WWII.

After arriving at the place, Jacob realizes that the situation in Black Iron Prison is not the best possible. The prison is infested by creatures called Biophage, mutated humans that remind us of the dreaded necromorphs. Like Isaac Clarke, Lee must deal with this tough situation as nothing more than an untrained cargo pilot.

Nightmares will haunt us every time we see one of these grotesque enemies, which have been created through the “engineered realism“. This concept that arises from Striking Distance, creative study of The Callisto Protocol, using human modeling and twisting it into impossible shapes. “We want him to feel brutal and scary and intimidating,” explains character director Glauco Longhi.

In this way, more resistant Biophage models arise or those that are more ungainly. However, they still resemble the original humans they were, as the development team has studied police videos to be more realistic. This also translates to the brutal gore that we will experience, with brutal executions for both enemies and Jacob himself.

Read:  The Summer Game Fest reveals the companies that will make announcements at the event

Despite this, design director Ben Walker explained that “we want feel afraid of lonely enemies“That is to say, no threat will be trivial, so the tension will always be on the surface.

The construction of terror

Going to pure fear, to make our legs tremble playing The Callisto ProtocolSchofield once again makes it clear why he is a master of the genre. the creator of dead space he points out that he wants us to be afraid of opening a simple door. To do this, it will show us something scary after one, which will put us on alert for several doors later.

Once we have lowered our guard after verifying that it was a one-time event, that is when it will catch us in terror again. On the other hand, the sound section will have a capital importance thanks to The Apprehension Engine. It is a unique instrument created by composer Mark Korven (The Witch, Resident Evil: Welcome to Raccoon City) and guitar maker Tony Duggan-Smith.

In this way it is possible to hear, for example, the sound of the pieces of Biophage falling to the ground when we cut them. “When we talk about audio design in a game like this, it’s 50% of the game. It’s like a mechanic, a feature…” Schofield clarifies.

We do not forget the design of scenarios, created in such a way that it confuses us. For example, we will see a well-lit building, suggesting a safe area, but in reality we are entering the area of ​​the prison where the most violent prisoners are held.

In the Game Informer report, Glen Schofield is questioned about what do you think and feel about the remake of Dead Space. This is his magnum opus to date, winning excellent reviews in 2008. This is the position of the creative:

“I took it as a compliment: I still take it as a compliment. I’m still a little bummed about it too. There’s this weird, weird thing, like you’re not attached to your own game. It’s a weird feeling. They want a better game than the one you did. I wish them well because I want to see that the franchise is alive: that’s where I want to be. I want to play it. I want them to do well. I’m glad the franchise now has a second life.”

The Callisto Protocol It is scheduled for release sometime in 2022 on PS5, Xbox Series, PS4, Xbox One, and PC. The versions for the old generation have not been officially confirmed, although the information comes from the report made by Game Informer.

banks should expose only 1% to crypto assets