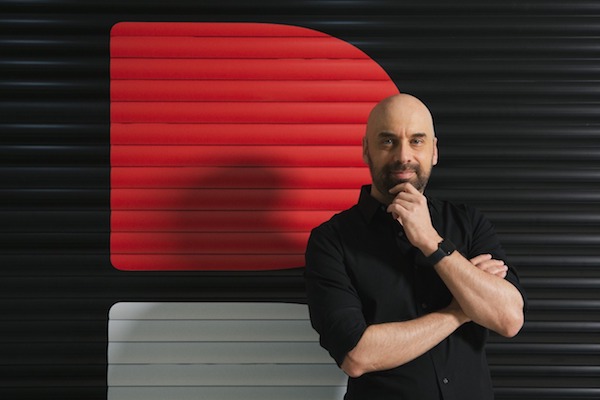 DDB Mexico won again a Grand Prix in Cannes Lions 2022 and the campaign “Creative Data”, what did you do for wecapitaldemonstrates a very important point that 82 percent of marketers and advertisers do in traditional businesses (without online stores) and has the potential to improve their results in campaigns and conquer the most valuable metals in festivals like Cannes Lions.

The above estimate results from a worldwide Quancast study, where marketers were asked how important digital and offline campaigns are to their overall traditional business effortsIncredibly, 82 percent considered online activations relevant and only 40 percent rated offline advertising as important to their customer accounts with this business format without digital resources like an online store.

Interviewed via WhatsApp, Merca2.0 spoke with Juan Isaza, president of DDB Mexico, who is in Cannes, France and revealed to the media that winning a second Grand Prix with “Creative Data” is based on clear principles: recognizing that there is a problem where advertisers are using data to run campaigns; it also confirms how rich the offline medium is for obtaining information; and explains that the deduction is more relevant than ever, so asking the right questions is essential to achieve impactful campaigns.

“The most important thing is to find out what the real problem is. In marketing we make mistakes, because we define the problem incorrectly and we are left with the wrong insight. The problem is not that women do not have credit, but that they do not have a credit history”explains about a piece whose axis was based on creating an offline database, with technology and strategies that would allow this information to be collected and demonstrate the true credit profile of women in Mexico.

Part of this result of his campaign, with which DDB Mexico hill Cannes Lions 2022 with two Grand Prix, he also attributes it to the fact that since he took over the management of the Mexican agency, he has worked internally to make an inclusive agency, because he ensures that businesses have to be in tune with the issues that matter in the market, such as diversity and inclusion, a bet that is reflected in an inclusive campaign that swept Cannes.

“I want to tell you that in the agency there is such good energy and so much talent, there is a work rhythm, where people are so excited that we have ideas that we are going to register in 2023”, forward.

On the last day of Cannes Lions 2022the Titanium and Film category was left empty for Mexican participants.

Read:  "We will make promises that we will keep"

DDB Mexico once again won a Grand Prix in the Glass Lion category, with the Data Store campaign it did for Wecapital.

In Sustainable Development Goals Lions, DDB Mexico won a Silver Lion with Data Tienda, a campaign for Wecapital, where Ladoble participated as a producer.

Corona obtained a Golden Lion in Sustainable Development Goals Lions with the Plastic Fishing Tournament campaign that We Believers did for the Mexican brand.

In this same category, the Mexican production companies Primo Content and Hogarth Worldwide Mexico also stood out because the campaigns in which they participated with We Believers and Ogilvy Bolivia, respectively, won metals.