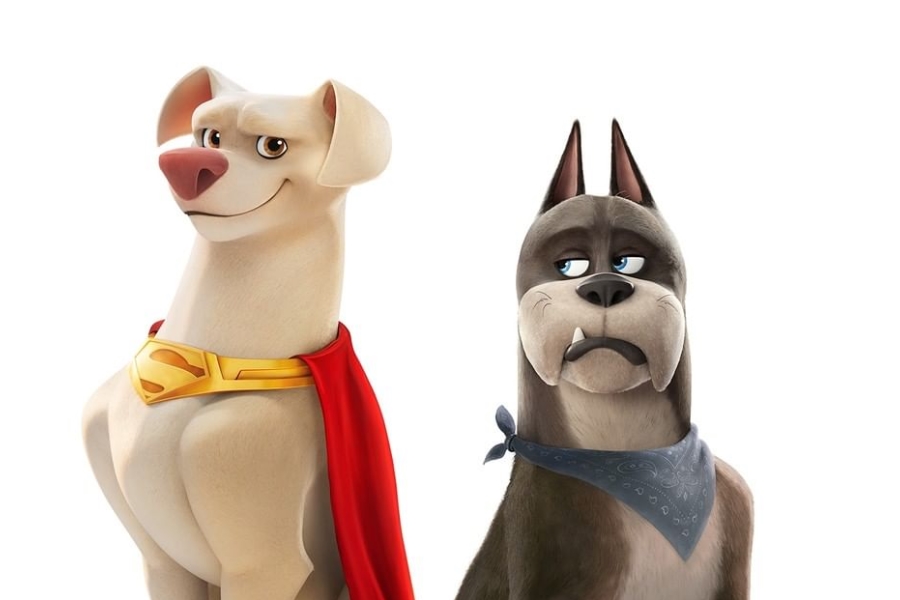 Facebook
Twitter
Pinterest
WhatsApp
Index hide
1 Sitting … still … save the world … DC League of Super-Pets arrived with a peculiar and powerful team, which already has its first official poster
2 Justice League responds to its most difficult audience: Children
3 Also being read:

Sitting … still … save the world … DC League of Super-Pets arrived with a peculiar and powerful team, which already has its first official poster

Justice has new allies, who in addition to being powerful are the best friends of The Justice League, DC League of Super-Pets, a film that already has an official poster.

Do not miss: Do not miss a detail of the first trailer of DC League of Superpets, now in Spanish

Through its various social networks, Warner Bros. Animation presented the first official poster of DC League of Super-Pets, an animated film directed for the little (and not so little) fans of the DC Universe.

The first art of the League of Superpets stars Krypto and Ace, the leaders of this modernized version of the Legion of Super-Pets, a team that debuted in the silver age of comics.

In DC League of Super Pets, Krypto the Superdog and Superman are inseparable best friends who share the same superpowers and fight crime together in Metropolis.

When Superman and the rest of the Justice League are kidnapped, Krypto must convince a band of animals (Ace the hound, PB the miniature pig, Merton the turtle, and Chip the squirrel) to master their own newfound powers and help him rescue. to superheroes.

The voice cast of DC League of Super Pets is led by Dwayne Johnson ‘The Rock’ and Kevin Hart, who play Krypto and Ace respectively.

Read:  Welcome to Raccoon City is the beginning of much

This voice cast is also joined by Vanessa Bayer as PB, Natasha Lyonne as Merton the Turtle, and Diego Luna as Chip. Also in the cast are Kate McKinnon, John Krasinski, Keanu Reeves and Marc Maron as Lex Luthor.

The story is authored by Jared Stern, who also directs this DC Comics animated adventure that will hit the big screen on May 20, 2022.

It may interest you: Who is who in DC League of Super-Pets?

Justice League responds to its most difficult audience: Children

The most important heroes of the DC Comics Universe, grouped in the Justice League, answer emails from their biggest fans, the children! A work by Michael Northrop, the bestselling writer and author of TombQuest, beautifully illustrated by artist Gustavo Duarte.

Does Superman ever make mistakes? What was Wonder Woman’s 11th birthday like? Does Aquaman smell like fish? In this new junior graphic novel, iconic heroes are asked questions both big and small, and when they’re not busy saving the world, the Justice League even finds time to answer.

SMASH and DC Comics Mexico bring you DC Adventures – Dear Justice League, a compilation of the best children’s questions answered by the most powerful heroes in the DC Universe.

-Raven, when you don’t want to follow your dad’s path

-Raven shows you that comics are not for children