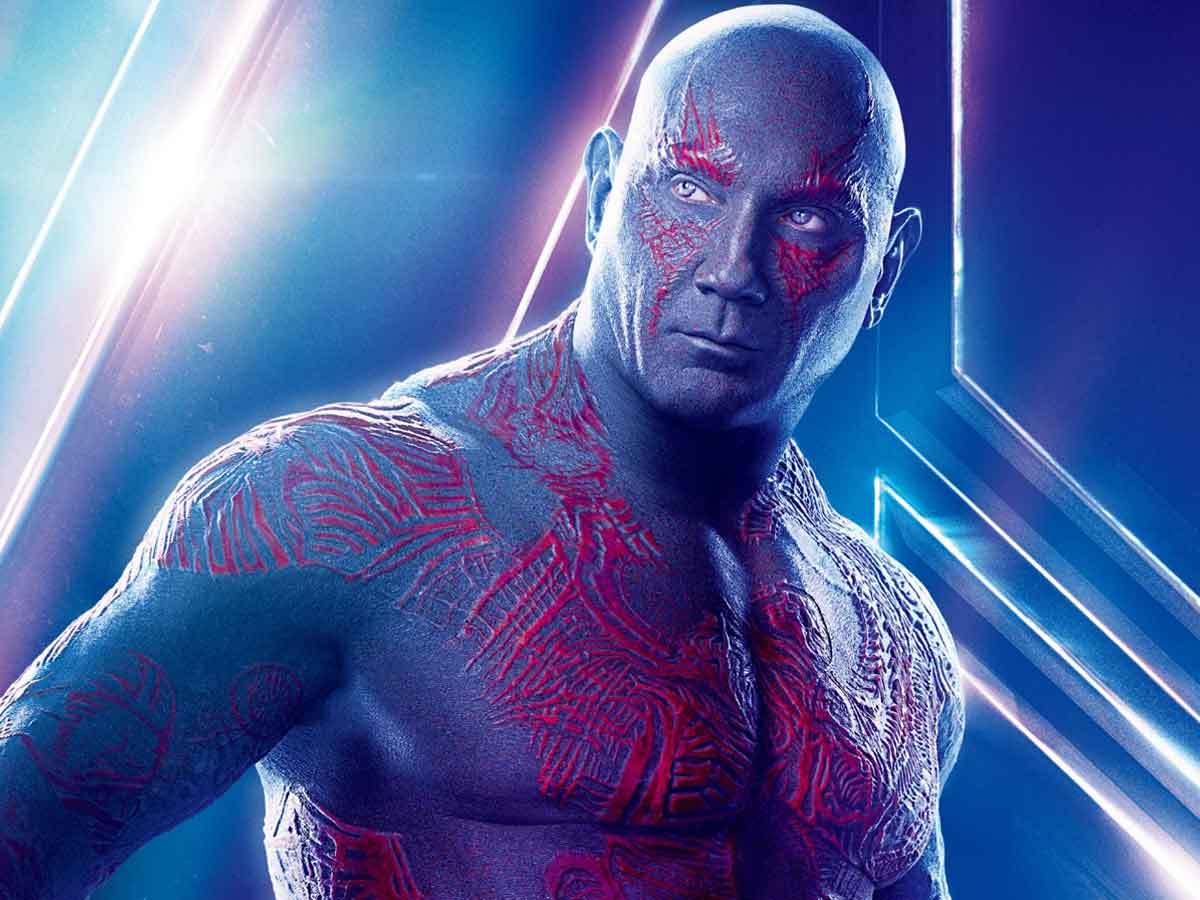 Facebook
Twitter
Pinterest
WhatsApp
Index hide
1 Actor Dave Bautista plays Drax in the Marvel Studios Cinematic Universe and wants to leave the character but they try to convince him to continue.
1.1 What project do you want Drax the Destroyer to return for?

Actor Dave Bautista plays Drax in the Marvel Studios Cinematic Universe and wants to leave the character but they try to convince him to continue.

Dave Bautista became famous for being a great fighter of the Wwe, then he made the leap to the movies but until he joined Marvel studios with the movie of Guardians of the Galaxy from James Gunn in 2014 he did not become a Hollywood star. Now he will reprise the role of Drax on Thor: Love and Thunder (2022), Guardians of the Galaxy Vol. 3 (2023) and the Guardians Christmas special that will arrive in December 2022 on the streaming platform Disney Plus.

After all that, Marvel studios wants to keep Dave Bautista anyway and for this they want to convince him with a large number of millions, but this strategy may not work with him. Since he is currently in the best moment of his career and is working with the best directors such as Denis Villeneuve in DUNE or Zack snyder in Army of the Dead. In addition, he has already commented on several occasions that he wants to end with Drax because she is too old to undergo so many hours of makeup for the shoot. Without forgetting that his relationship with Disney not the best, since he did not like at all how they treated his friend James Gunn when they fired him, although afterwards everything was fixed and they will Guardians of the Galaxy Vol. 3.

Read:  This is the leaked trailer for Spider-Man: No way home

What project do you want Drax the Destroyer to return for?

Occasionally, Dave Bautista has commented that he had some meetings with Marvel Studios for a new movie starring Drax and Mantis (Pom Klementieff), whose events would be later than the story they pose in Guardians of the Galaxy Vol. 3.

But he also revealed that he didn’t know anything else about that project. Therefore, it is difficult to know why Drax should continue, knowing that the third installment of Guardians of the Galaxy will give an ending to some of the characters. So maybe it would be better if Marvel studios focuses on another team of comic heroes and they add new characters and actors to the franchise.

If the strategy of offering you many millions does not work, the only way to Dave Bautista come back is if you put a twist on your character. Since the actor has said that he does not like that at first he seems like a very tough guy who seeks revenge against Ronan and Thanos, to later be simply a secondary that his comments serve as comic relief. In fact, he was disappointed that in Avengers: Endgame could not face against Thanos in the final battle.

While we wait for them to confirm if Dave Bautista will continue in Marvel studios, we can see all the movies in which he appears on the Disney Plus streaming platform by following this link.